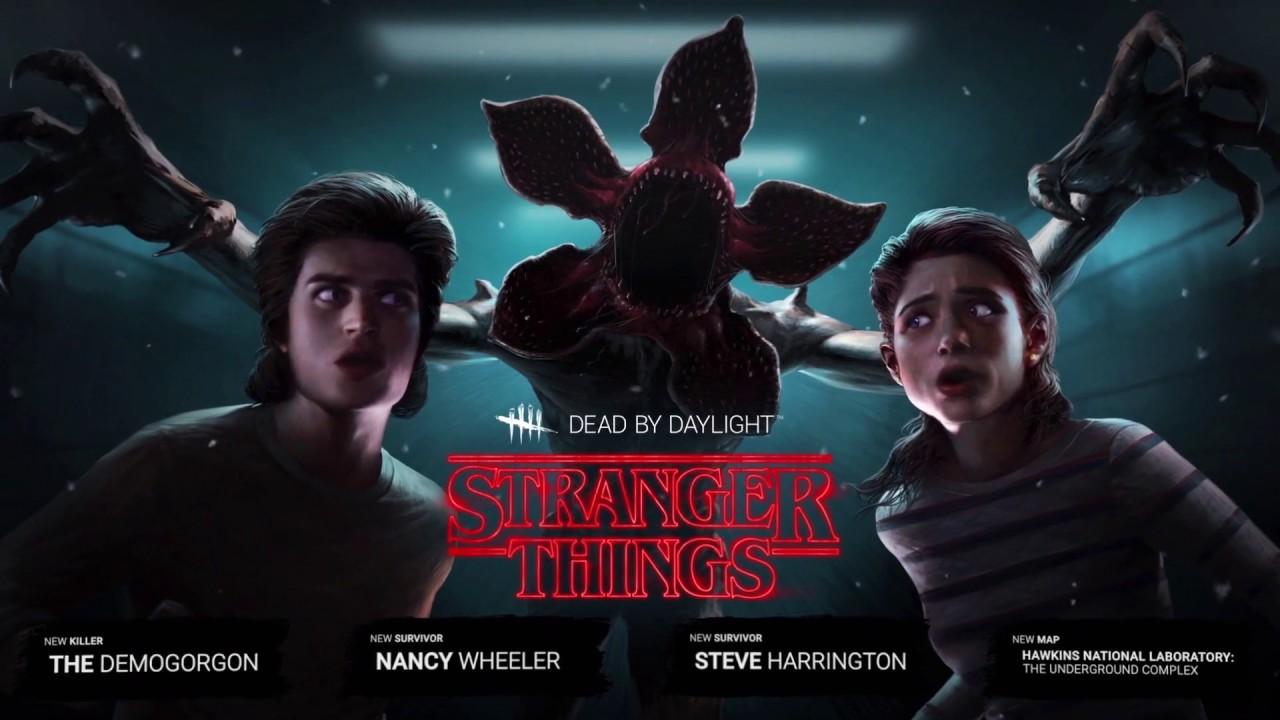 The asymmetrical survival horror game Dead By Daylight has added characters from several different franchises over the years…Freddy Krueger, Scream’s Ghostface, and Ash from Evil Dead, among others. Now they’ll be joined by a new killer stalking the woods…the flower-faced Demogorgon from Stranger Things.

In Dead By Daylight, one character plays the killer and four others play the would-be victims in its vicinity. The killer has invulnerability and can never truly be stopped, and depending on what character it is, may also have special abilities. The way to win is to escape, and to do so, the survivors must work together to unlock the path to freedom.

Typically, when a new monster is introduced to Dead By Daylight, it’s accompanied by a new survivor character. This go-round, we’re getting TWO: amateur investigator Nancy Wheeler and bat-wielding retail slave Steve Harrington. These two haven’t been paired up since Season 1, when Steve was more of an antagonist and a rival for Jonathan Byers than his own character. As TV shows march on, some characters evolve and take a different form than originally intended. Steve is now an underdog and a fan favorite. That doesn’t mean Nancy will give him the time of day again, even under these circumstances.

The update will also introduce a new map, the underground area of Hawkins National Laboratory — where the Demogorgon will feel right at home. How did Nancy and Steve wind up there? You and your friends will have to get them out. This update hits Dead By Daylight in September.

Clan N Bashing Its Way To Consoles And PC