One of the biggest tactical errors the comic book industry ever made, in my opinion, was departing the supermarkets, drugstores and retail shelves in favor of specialty markets. At the time, that was where the money was — collectors paid far more than children, plus there wasn’t a Comics Code to hassle with and little to no censorship. The end result was that the comic industry became insular and inbred for most of the 90s and 2000s, a course they’re only now beginning to correct.

The only problem is, it’s going to be difficult to convince all those retail stores to let comics back in after they ceded their space so many years ago. The movies are huge, the characters have never been more popular, but that may not be enough leverage to convince the people running the stores to take a chance on a print medium their fathers abandoned. Only Archie had the foresight (whether intentional or not) to hold onto their supermarket checkout space to this day. Last year Marvel asked them politely if they could borrow that space to sell a couple reprint digests starring their heroes. 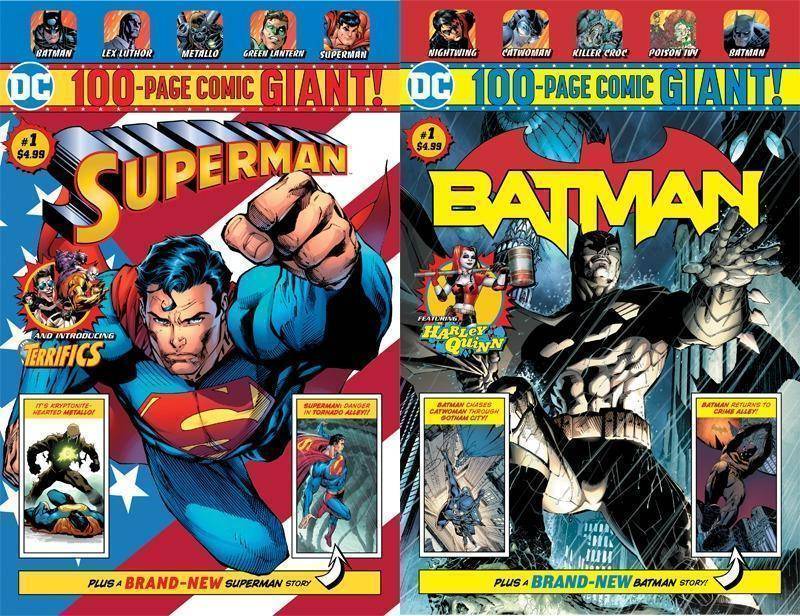 Now DC is giving it a try, and they managed to land a deal with Wal-Mart! They won’t be borrowing space, they’ll have their own, and to land with a bang, they’re bringing back the great 100-Page Giant books they used to sell in the 70s and early 80s. Superman, Batman, the Teen Titans and the Justice League all stand heroically in their own glossy books, which will mostly be reprints of stories from the last few years, but will also include one new story each. 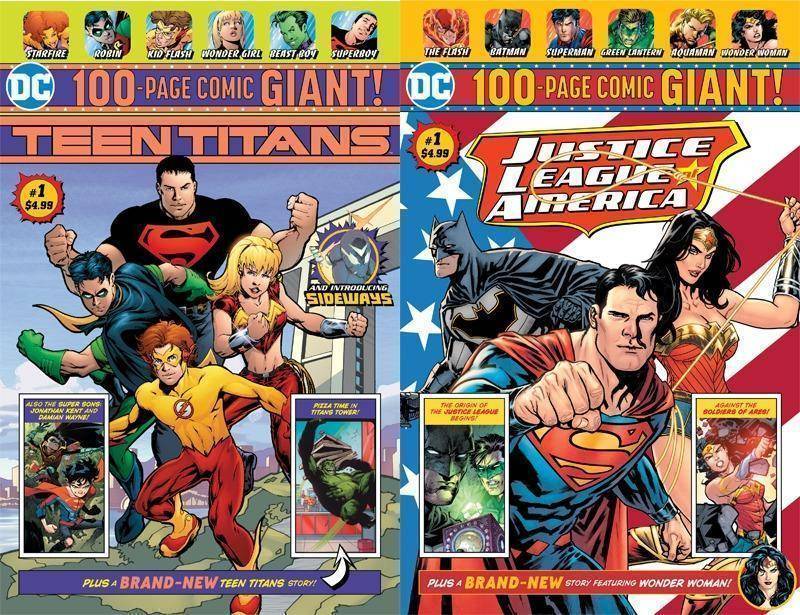