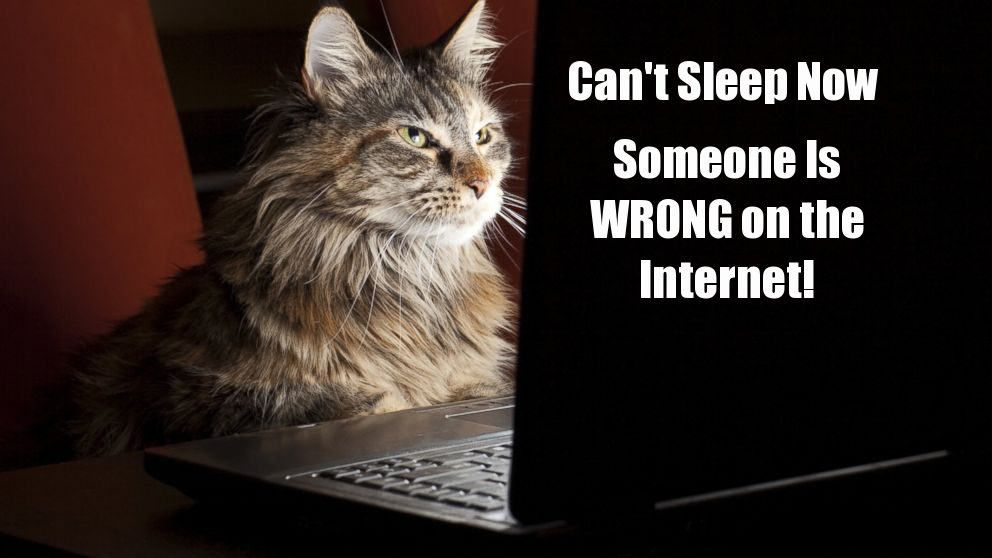 You’ve been there before. You get in an argument with some pinhead, online or in real life, who is wrong about something. You hit them with a flurry of facts that authoritatively show them they are wrong about that thing. And you get?

You get nowhere. Showing them facts only seems to make them dig in their heels and dedicate their lives to being wrong.

Scientists have noticed this, too, and many of them have come to the same conclusion. Facts don’t work. There are some cases when simply offering someone the correct information will change their mind. If someone says its raining outside and you tell them to look out the window and it’s not raining, only the biggest contrarian would keep arguing.

But if the point in question is tied to the person’s sense of self and identity, scientists say, forget it.

An article in The New Yorker focuses on how a recent study by Brendan Nyhan, a professor of political science at Dartmouth, and a team of pediatricians took on the issue of the incorrect beliefs about vaccines. They sent 2,000 parents information that showed, in detail, that a lot of the current beliefs about vaccines, such as that they cause autism, were wrong. They also sent them information showing them the dramatic negative consequences of not vaccinating.

The result, as you’ve probably guessed, was worse than nothing. The most anti-vaccine parents actually dug in their heels and developed even more negative, misinformed views about vaccines.

“It’s depressing,” Nyhan said. “We were definitely depressed,” he repeated, after a pause.

Other studies have also shown that if a belief is strong enough, and strongly tied to a persons personal identity and sense of who they are and how the world works (such as views on race, religion, or ideology), the person is more likely to reject the source of any contrary information and to doubt the source more.

Nyhan, however, seems to have found a workaround for the problem. Self-esteem. The theory is that people reject outside information when they feel it threatens their sense of self worth. Nyahn discovered that exercises that increased a person’s sense of self worth made them more broad-minded when asked questions about political issues later.

Would this be practical in a debate? Probably not.

“People don’t just go around writing essays about a time they felt good about themselves,” he said.

But it might be useful to approach controversial issues differently, he says. Instead of dwelling on the misinformation and causing the feedback from challenging people, instead focus on the positives of your side.