Convention Do’s And Don’ts: An Editorial

Johnny Caps 2010s, Advice, Cartoons, Chiller Theatre, convention, Conventions, Getting Autogaphs, Lists, Live-Action, Meeting Celebrities, sci-fi, Tips, What Not To Do, What To Do 0

I recently got back from my 4th time attending Chiller Theatre in Parsippany, NJ, one of the most popular pop culture conventions on the East Coast. Every year, I meet wonderful people, whether they’re celebrities or convention-goers like myself. Over the course of the past several years, I’ve learned several things about coming to the show. I feel that these can also apply to any other convention one may attend.

With that, I present:

Johnny Caps’ Convention Do’s And Don’ts, in no particular order

DO get pre-show admission if you’re able to. Whether you’re attending one day of a convention or the whole shooting match, if you purchase pre-show, not only can you get in early, the lines for talents will be substantially shorter. Granted, they may not all be out on the floor at once, but you can have some conversation with the talents you meet.

DON’T forget to ask permission. This covers a whole wide array of topics from recording to photography, and I learned this one the hard way. I had my recorder with me for my Chiller visits in 2014 and 2015, as I was planning on writing an article about the convention. While most of the stars didn’t mind, there was one person who did. That person, in October of 2015, was WWE Hall Of Fame member Howard Finkel. 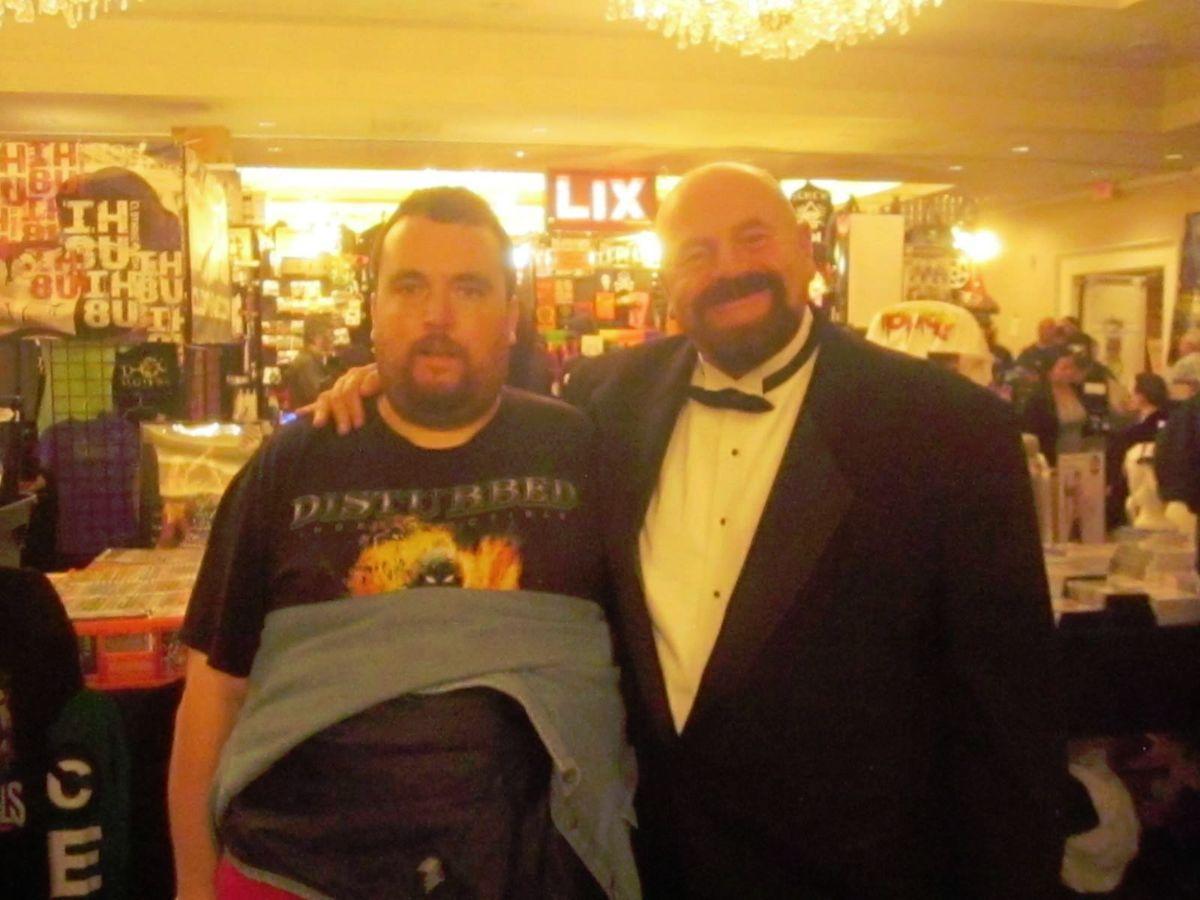 Mr. Finkel was smiling in the picture above, but he wasn’t that happy beforehand. I asked him a question about what it was like to attend conventions, and he started answering, but when he saw my recorder, he became annoyed. None of the other stars that weekend minded, but I found out that because he’s still under contract to WWE, he can’t do unauthorized interviews, even if they aren’t related to sports entertainment. Because of that, I kept my recorder at home for my 2016 visit. That leads to my next do.

DO have contact information ready to give to the talents you meet and their handlers. In 2014, I bought along cards with my contact info in order to set up interviews. I didn’t do so in 2015, and I found myself writing my contact info on hotel stationary and handing it out on Sunday to the guests I had the recorder on for the previous 2 days of the show. This year, I went back to printing out cards with my contact info (I use VistaPrint), and I gave the cards to people all throughout the weekend. I may have some interviews coming up as a result of that.

DON’T keep your money in your wallet until after you meet the talents. You should have it out beforehand, for the reason that these stars and their handlers are very busy, and they need to make sure everything is accounted for. If you have your cash out sooner, after you hand the money to them or their handlers, you’ll be able to have a little extra time with the talents you meet.

DO make sure you start saving in advance. You’re going to need a lot of money if you attend a convention. Not only are there the talents you meet, there are also the vendor rooms, where merchandise for practically every pop culture fancy can be found, food (whether at the hotel restaurants or from vendors), and the hotel rooms themselves to take care of. Whatever convention you plan on attending, start saving up at least a year in advance, if not more.

DON’T come unprepared. In addition to the money you’ll be bringing, make sure to check the weather forecast and plan accordingly. At the October 2016 Chiller, I bought my umbrella with me because I had heard that it was going to be raining. It didn’t rain until after the convention ended on Sunday, so I had my umbrella protecting my stuff as the rain fell despite being under an awning. Other things to bring along are travel-size toiletries, your toothbrush and changes of clothes. If you don’t have unlimited data on your phone, bring along a laptop so you can make status updates at the end of the day.

DO be kind to the people you meet. This applies to most everything you do in life, but it’s important to keep it in mind at a convention. Some people, celebrity or convention-goer, may be nervous or feel ill at ease when attending a convention. Don’t be afraid to talk to them, to reach out and say hello. You can make some cool friends that way. I’ve been lucky enough to make friends on both the celebrity and convention-goer sides these past few years, and whether I chat with them on Facebook or see them year after year, it’s always a good time.

DON’T visit a convention’s Facebook page without reading the rules. Some pages allow discussions of other conventions, while others are about that one convention only. Always be sure to check the about section on their Facebook pages to see what the rules are.

DON’T be afraid to wear something unusual or different. While this usually applies to costumes, it can also apply to the clothing you wear at the convention. In 2014, I wore a red hoodie and a Lucy sweater, my name for colorful sweaters mentioned in my Kimmy Robertson interview as I no longer feel comfortable calling them Cosby sweaters. In 2015, I wore my red hoodie and a Disturbed T-shirt underneath it. My most colorful outfit, pictured below, came this year when I wore a Rolling Stones hoodie and a Little Mermaid T-shirt I made at Design-A-Tee at Disney Springs on my trip to Walt Disney World in September. The 2016 combo is what got the most responses, and I think I’ll wear it next year.

DO have fun. This is the big one. For many people, conventions are an escape from the everyday world. You can put aside your work issues, your family problems and everything else that’s bugging you for one day or one weekend, and you can meet scores of people who share the same passion for pop culture that you do. If you attend enough of these conventions, people, whether guests, convention-goers or vendors, will come to recognize you and welcome you back with outstretched hands and open arms. Have a blast, and be sure to take pictures.

Well, that about does it for my Convention Do’s And Don’ts. If you attend any conventions yourself, and you feel I missed any Do’s and Don’ts, please let me know in the comment section below. Thanks as always for reading, and have a good day.