In 2019, Omar Mora — founder of the LA indie production company Moras Productions — created The Unearthians, a comic book series that made its debut at SDCC that year. Now Moras has joined forces with rep group KDMG to begin pitching the comic to various studios as a potential movie or TV series.

The Unearthians is about a secret alien invasion only two best friends have the power to stop (“unearthian” is a roundabout way of saying “alien”). Mateo and Carter are minding their own business one day when they’re both abducted and taken to the invaders’ secret underground base. During their attempt to escape, they meet three extraterrestrials named Naurax, Ecraptor and Flex who are on their side. The five of them form a plan to stop the aliens from conquering Earth, but there’s a twist: what the aliens don’t know is that Mateo and Carter are vampires.

What advantage that offers has yet to be revealed. What exactly happens when a vampire bites an alien — would the vampirism still be passed on? Would the alien become their willing servant? Or would the alien blood poison them? There’s a comic book where you can find out, but there could soon be more.

“I’m excited to have KDMG in our corner,” Mora stated. “They can open big doors for our story. I can’t wait to start pitching our series to studios and big streamers. I already have plans for three seasons and spin-offs. But I don’t want to get ahead of the curve, I just want to secure season one. It’s always good to be prepared. I love our story a lot. It’s a new take in vampirism, where they come from, and what happens when they interact with extraterrestrial beings. I can’t wait to see it in action and share it with the world.”

The complete Volume One collection of The Unearthians comic book is available now from Moras Productions. 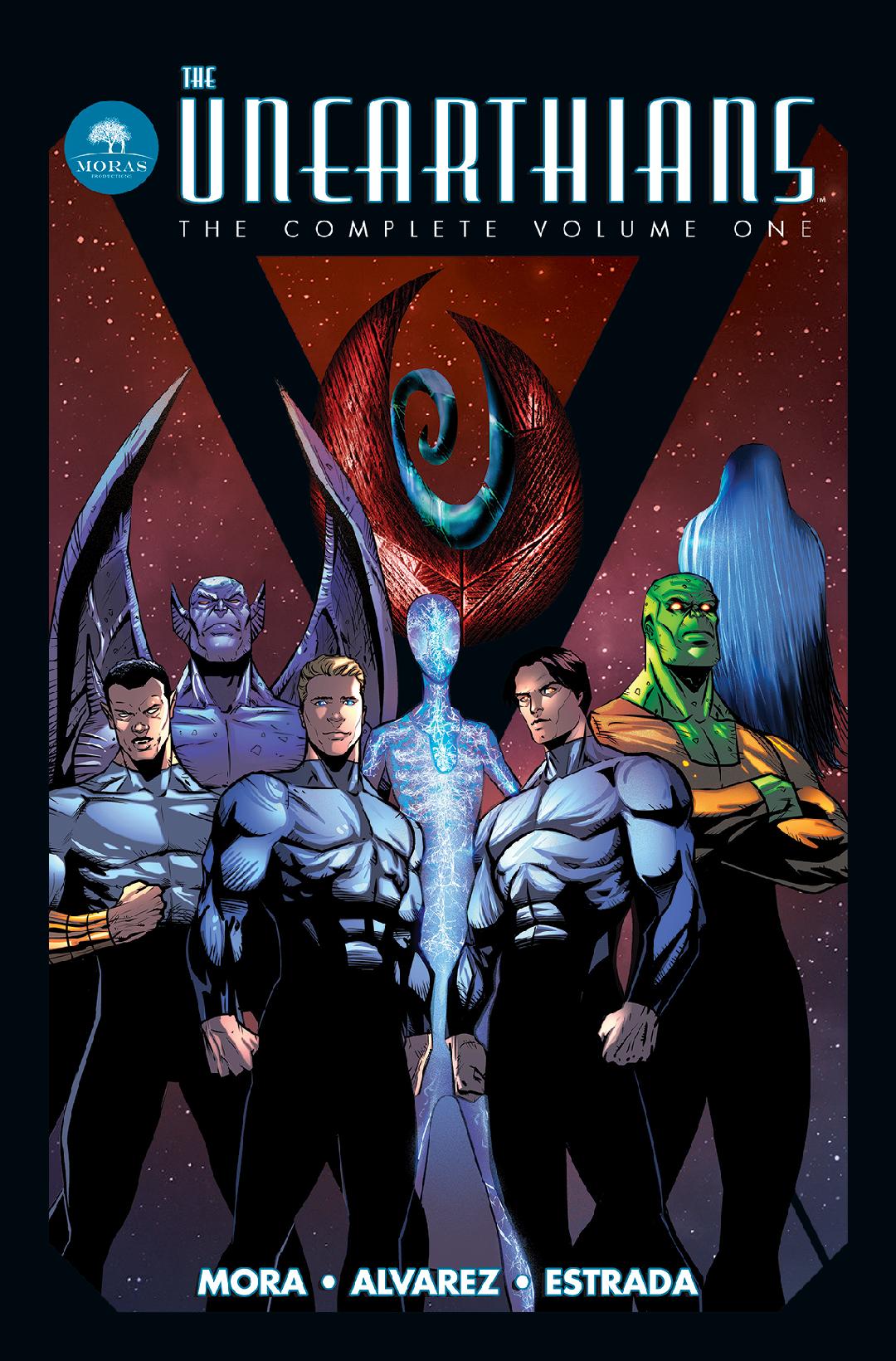