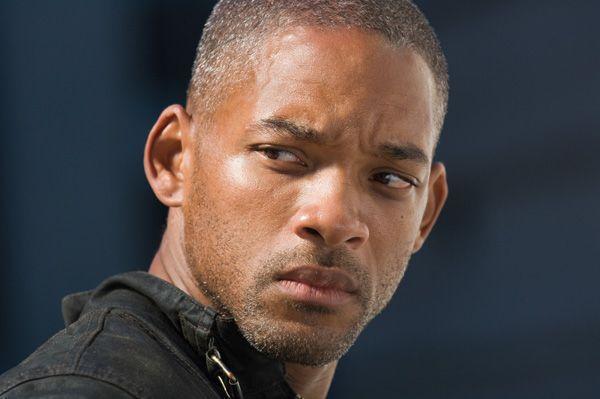 So this is me, reading the recent announcement about Warner Brothers casting a Suicide Squad film:

Jared Leto at The Joker: Yeah, I just saw Nightcrawler, and Leto’s amoral performance put freezer-burn on my soul. Leto as the Joker would be more comforting than looking into the eyes of Lou Bloom.

Margot Robbie as Harley Quinn: Had to look up who this was. Gets the benefit of the doubt, I guess. Harley Quinn will always be Arleen Sorkin to me.

Tom Hardy as Rick Flag: Well, maybe he’ll make it work. The Squad’s ostensible leader never had much personality to define him anyway.

And Will Smith as Deadshot: Uh oh.

It’s not that Will Smith isn’t a great actor, he is. And I have no problem with the raceswapping, the race of Deadshot’s alter ego Floyd Lawton is unimportant.

The problem is that Deadshot is a monster.

Not a bad guy with a heart of gold, not a loveable rogue, not a misunderstood but redeemable guy that went down the wrong path.

I’ve been a fan Deadshot, also known as Floyd Lawton, for decades now, especially his defining appearances in John Ostrander’s classic Suicide Squad series, and this has held true. Deadshot once stopped Rick Flag from killing a politician by murdering the politician himself. Deadshot has tried to kill a kindergarten class and the Pope.

He’s been given a few humanizing touches over the years like a daughter that he looks after (through murder), but at his core he’s a mercenary that doesn’t give a damn about human life, not even his own. He puts himself in situation where he might die intentionally, and is disappointed when he doesn’t.

Does that sound like a Will Smith role to you?

The problem is not entirely Smith’s fault. It’s bigger than him, it’s audience expectations, it’s the Will Smith persona. It’s “Big Willie.”

Remember the Will Smith version of I Am Legend? The one that removed the entire point of the book and the title, that Smith’s character was really the bad guy, because audiences weren’t happy with a downbeat ending where Will Smith is the murderer.

My fear is that the film version of Deadshot will end up with some softer edges to accommodate Smith’s persona. Also, Suicide Squad is an ensemble piece. There is no main character. The fact that Will Smith turned down Django Unchained in part because he felt the titular character wasn’t really the lead makes me worry that the movie might end up having a Deadshot and the Suicide Squad feel to it.

But the flipside of fear is hope, and my hope is strong that Smith will take the Deadshot role and run with it. It sounds weird to say that playing a c-list supervillain could be a career redefining moment, but it could. If the filmmakers actually let Will Smith embrace the darkness of Deadshot, if Smith is brave enough to not worry if people feel like it’s a “Will Smith” character, then it could be one of the best things we’ve seen from him yet.

For now, I choose to be optimistic, even though I’ve already seen references to Deadshot as an “anti-hero” attached to the film which is, just, no. Sorry. No.

And even if they do screw it up, the comic books are still there, unchanged. I’ve got them in a longbox somewhere.