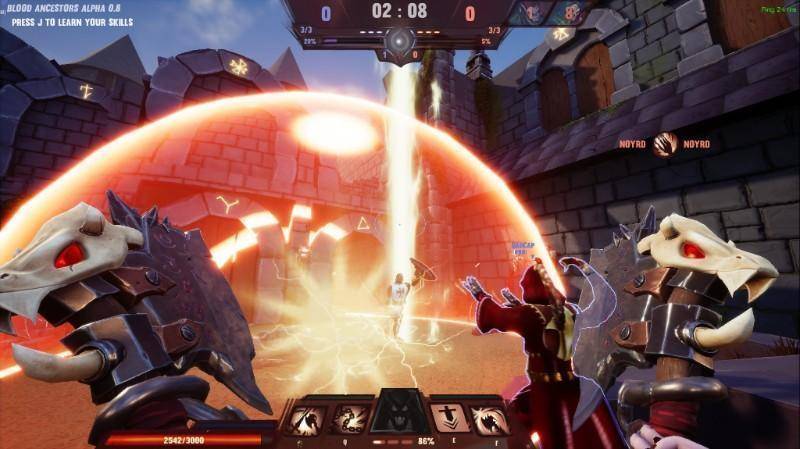 Start out by choosing from 18 different characters (each plays differently…though at this early stage just six are live) and then pick your desired build for each character, based on three strategies: offensive, defensive, and utility. From there, refine your characters further with over 150 skills to learn. Battle with friends, earn experience and become unstoppable!

“We have always enjoyed first person team focused multiplayer, games like Team Fortress, Overwatch, Chivalry, among others have been inspirations to our small studio and we wanted to create something that was different but feels familiar at the same time,” says David Broto, co-founder of Snowpeak Studio.

The Blood Ancestors open alpha launched on Steam Early Access earlier this afternoon. Sign up by heading to this page. Entry is free!

UPDATE: When this article was originally posted, Blood Ancestors failed to launch on time. We’ve been informed the problems have been fixed and the open alpha is live as of now.

Shadow Seven Is Out, With A Global Launch Event