Black The Fall Review (Xbox One)

Black The Fall is the first game from new developer Sand Sailor Studio. At first glimpse it will probably instantly remind you of the likes of Inside, another monochromatic puzzle platformer. Yet, when you get down to the nitty gritty it becomes obvious that Black The Fall is a very different game, in terms of its underlying themes and plot as well as the way it plays. Of course, none of that matters unless it is a good game, so let’s take a look at it.

While most recent games of this type have attempted to be cryptic and mysterious in terms of their overall story, Black The Fall is much more open about its influences and message. It is intended to be a harsh criticism of oppression and is obviously heavily inspired by the communist regime that its Romanian developers had to endure. 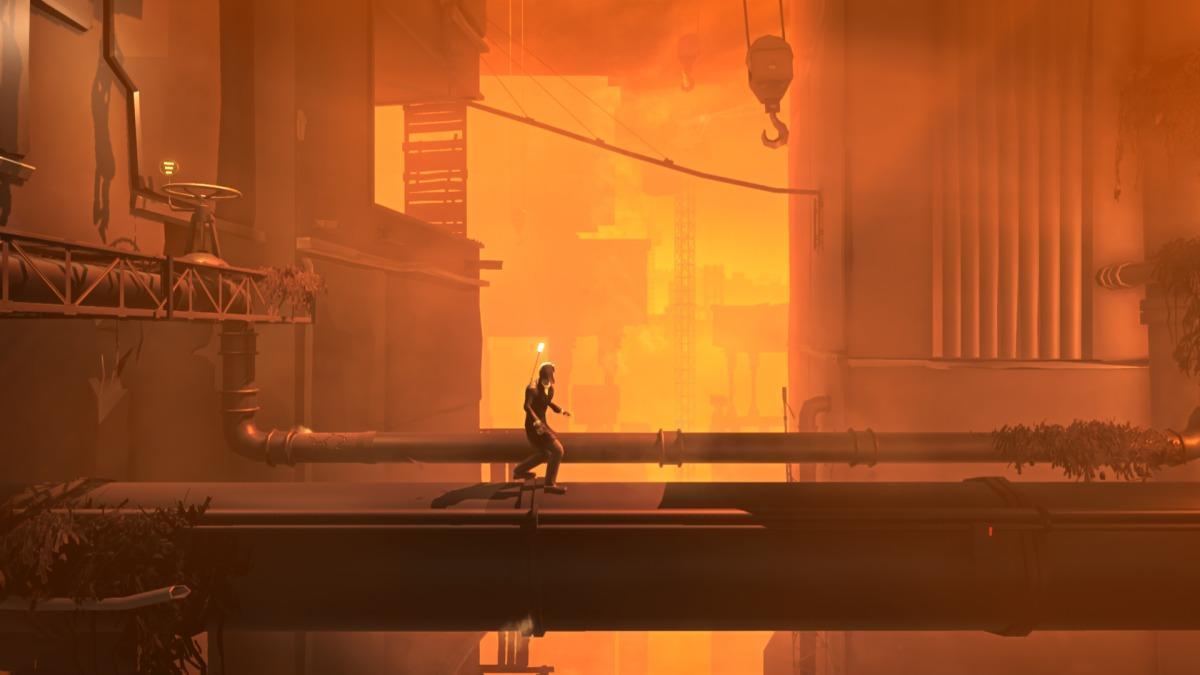 The harrowing communist future that is Black The Fall is bleak to an exaggerated extreme. The rows of buildings are just carbon copies of each other. Barbed wire and rubble litter the streets while stores fall into disrepair at the hands of the cruel guards that patrol the barren world. The residents of this land are treated like robots, meant to carry out their task without any thought or imagination, forced to remain a part of the system thanks to the armed checkpoints that prevent escape.

It is little wonder then that the protagonist wishes decided to begin his bid for freedom. He steps away from his energy providing bicycle and his implanted aerial turns white to signify his defiance to the regime. From here on out it is your job to ensure that this character doesn’t die or fall into the hands of his enemies. As a 2D sidescrolling platformer, much of the gameplay evolves around the type of obstacles you would expect to encounter.

You can run, jump, crouch, and manipulate the world around you to a certain extent but have no weapons with which to defend yourself. Instead, the protagonist is forced to rely on cunning and stealth to evade the guards that hunt him. The responsive controls make the platforming sections enjoyable, although you will need careful timing and some skill to navigate your way through each area. However, Black The Fall’s main focus is on the puzzles that block your path. 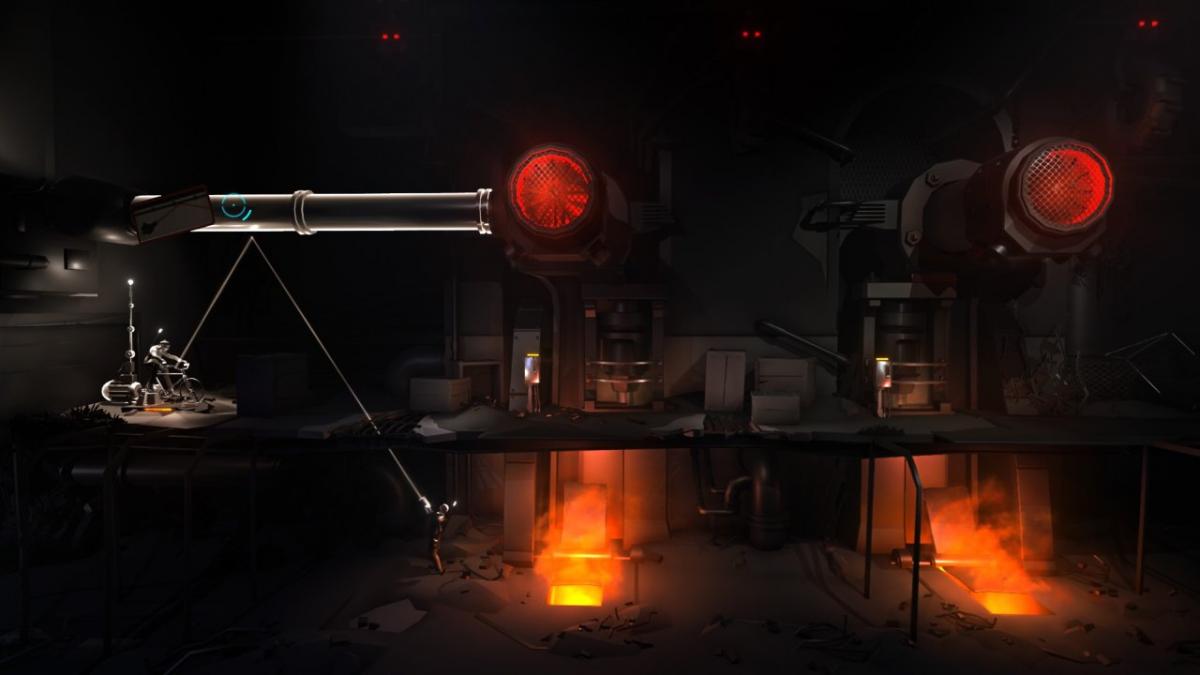 These puzzles largely depend on you utilizing your laser pointer or robotic companion to interact with the environment. Largely this will revolve around manipulating other workers and machines into doing your bidding, reaching locations that you cannot and opening up the path. While not of the puzzles are particularly difficult to solve, there is an element of trial and error that might be needed for a few of them that can become somewhat frustrating. This means that you end up dying quite a few times whilst trying to discover the solution. This isn’t too much of a concern, though, thanks to the checkpoint system than ensures you never lose too much progress following a death.

There are some interesting ideas that come into play throughout the campaign. Although most of the puzzles are the standard obstacles you will have come across before, your robotic dog companion does provide some opportunities to mix things up. It is used several times in physics-based puzzles and also has some rather ingenious solutions tied to it. For the most part, the gameplay in this title does little to stand out from the crowd.

Much like Limbo and Inside, there is not actual traditional plot. The game is absent of any kind of dialogue or text, leaving the storytelling to what the player stumbles across throughout his journey. It’s a suitable way to get across the inhuman and depressing themes that the game is trying to portray, giving a sense of exploration and discovery rather than simply spoon-feeding you the plot. 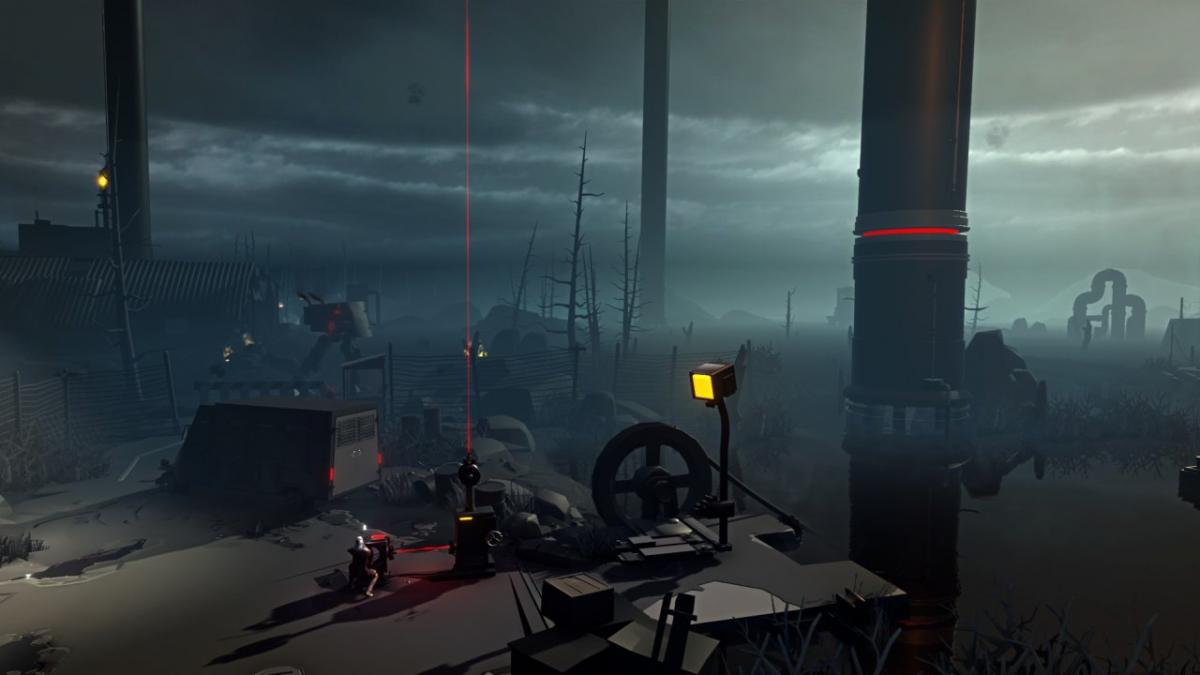 The art style is equally effective in getting across the oppressive atmosphere that Black The Fall needs to tell its story. The colors are muted and it is only the sharp reds and occasional glimmers of other bright colors that liven up the screen, almost acting as small snippets of hope in the vast drabness that is this horrific world. With regards to the character and level design, the developers have done an excellent job of making this feel like a brutal world that has real people living in it.

One of the biggest issues with Black The Fall is its performance. The game seems to crash a lot and even bugged up on startup several times, requiring a reboot before it could be played. Opening up other apps or heading to the dashboard also triggered freezes that meant you had to force stop it from running and reload it again. While not a major problem, it is enough of a headache to cause irritation. 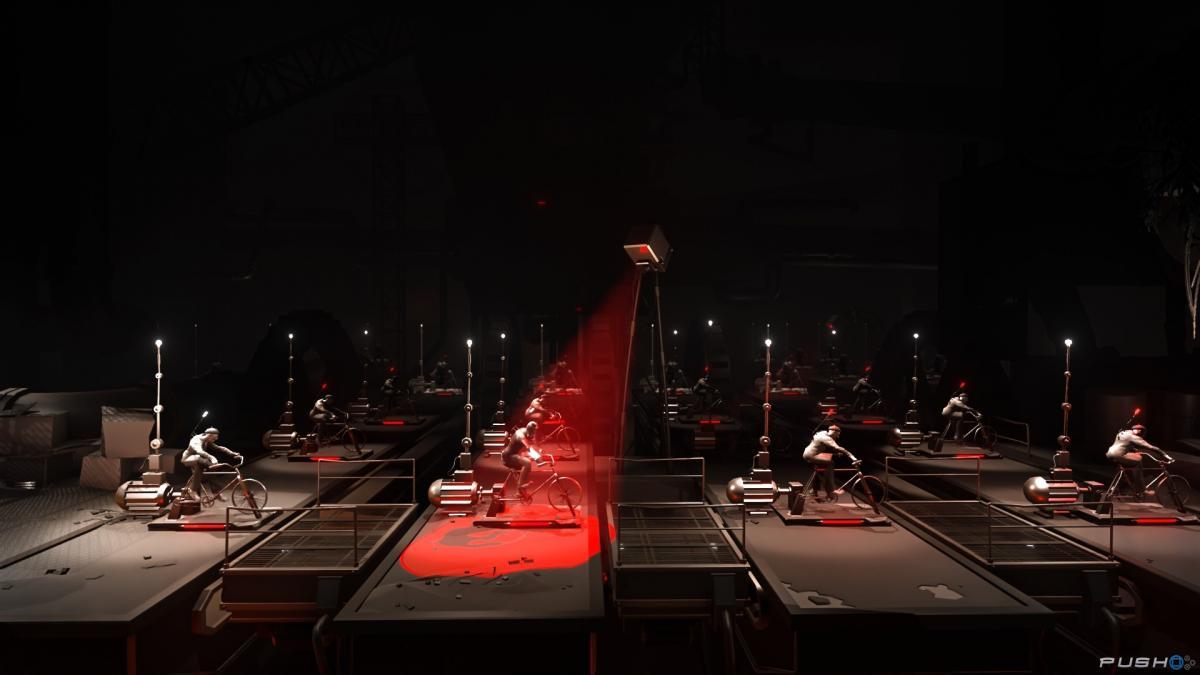 It is difficult to recommend Black The Fall. At its price point it is a rather expensive game for the 2 to 3 hours of gameplay that it offers. There are games that offer much more value for money. Yet, it also manages to effectively tell a story of communist oppression whilst also including a variety of decent puzzles and enjoyable platforming sections. It doesn’t quite reach the heights of Inside but comes close enough to be worth playing.

This review is based on a digital copy of the game that was provided by the developer for review purposes.

All Noble Einherjar Should Check Out Valkyrie Profile: Lenneth On PS5