An Instagram post by Michel Ancel, the creator of Rayman, Rabbids, and Beyond God & Evil, has set fans of the latter series into a storm. The mysterious image seems to show Pey’j as a young character alongside another an unknown male.

The original Beyond Good & Evil launched on the PlayStation 2, Xbox, and GameCube in 2003. Despite the fact that it received widespread critical acclaim and found success as a cult favorite, a sequel has repeatedly failed to materialize. The latest release in the series was a HD remaster of the first title that was released on the Xbox 360. 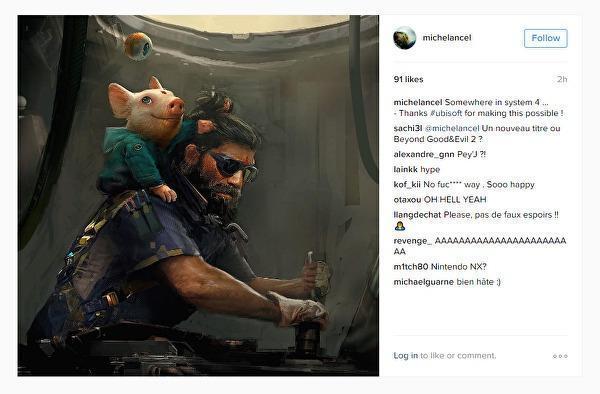 Beyond Good & Evil is still technically under development according to publisher Ubisoft however. At E3 2016, the French company revealed that the title had not been cancelled and was still being worked on – although it was unclear when the game would officially be announced.