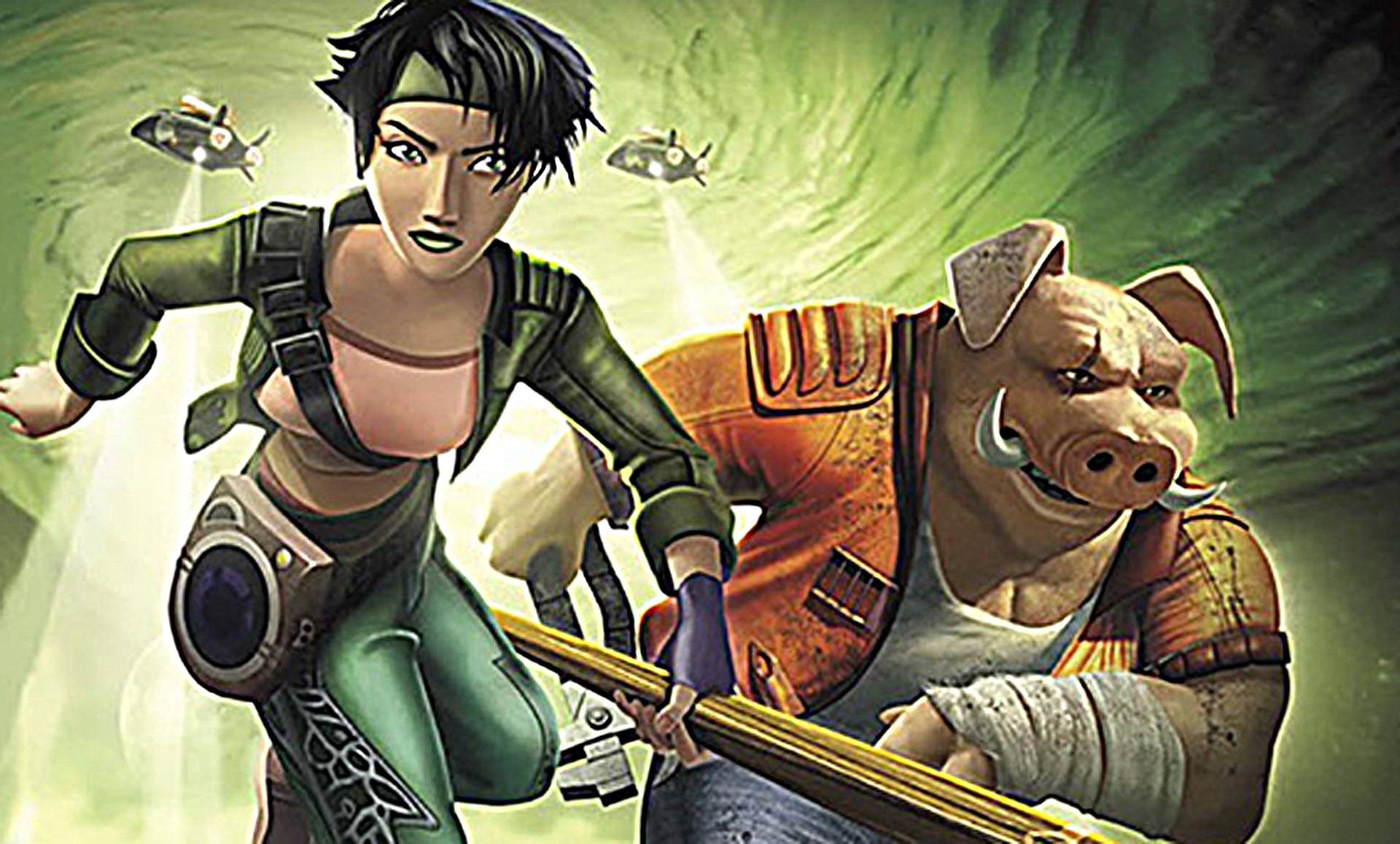 Which do you think will be released first — the next George RR Martin book, or the Beyond Good And Evil sequel? Feels like a toss-up, doesn’t it?

Today Ubisoft announced something related to Beyond Good And Evil at last….but it wasn’t a video game. They’re working with Netflix on adapting the game’s world to television. Details are light at this point and we don’t know if they mean the original Beyond Good And Evil, or the second one nobody has played yet. We do know some of the wilder characters (like the pig from #1, or the monkey from #2) could be involved, as the project is described as a live-action / animation hybrid.

The original Beyond Good And Evil came out in 2003, at a time when the gamer market was changing and no one knew which way the winds were blowing specifically. Macho games targeting meathead bros were rising in sales, while the traditional mascot platformer genre, which had formerly dominated the business, was dying an agonizing (yet very edgy) death.

Beyond Good And Evil got caught up in this. It had an off-putting title, a scowling woman on its cover (this was a time when countless PS2 games shared that marketing trait) and involved a talking pig, which got it mistakenly mixed up with the mascot stuff. It didn’t sell very well at all, but the savvy crowd knew Michel Ancel, creator of Rayman, was behind it — and they refused to let it be forgotten.

The game was converted to HD and resold digitally on more modern platforms, and all the while, Ancel swore there was a Beyond Good And Evil 2 coming eventually. Years and years went by without any proof, until without warning a trailer appeared at E3 2017. It bore little resemblance to the beloved original, and appeared to be an open-world prequel chasing current trends. There was also a LOT more swearing.

Is this announced show a sign that Beyond Good And Evil 2 is closer to completion than we know? No one can say. We do know it’s part of a more aggressive effort from Ubisoft to chase TV adaptions of their properties — yesterday the same company announced an animated Spinter Cell show, also for Netflix.

New Levels Of Celeste Coming In 2019