Earlier this year, during the upfronts for the CW, Arrow star Stephen Amell came out and revealed that Batwoman would be coming to the Arrowverse via a three-part crossover between Arrow, Flash, and Supergirl. A crossover that would take them to Gotham City. Since then, fans have been eager for more and more details about the arrival of Kate Kane. And not only is there a series apparently being prepared for her, we now know that it will be none other than Ruby Rose playing her.

And now, we know exactly when the three-part crossover will debut. On Twitter, Deadline revealed that the crossover event featuring Batwoman will happen this December. It will start on December 9th and end on December 11th. 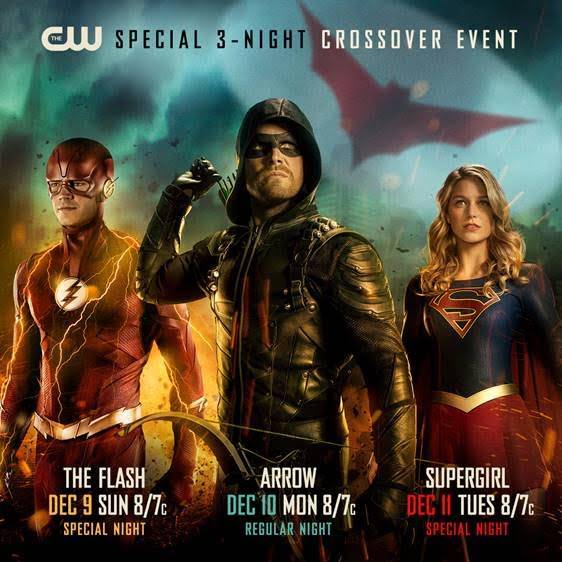 As you can see, Flash and Supergirl will be swapping slots during that week. The reason has not been given as of yet. But it is interesting as Supergirl as been the “beginning” of the crossover events the last two years, and now, it’ll be the ending. Many are wondering if this is because Kate Kane will be in the Supergirl Earth (which is separate from the Arrow/Flash/Legends/Black Lightning Earth), and thus it needs to end there.

The Legends of Tomorrow will not be part of the crossover because of the different tone the show has gotten over the last season. And as for Black Lightning, though it’s in the “same universe” per se as the others, it has not been officially connected in terms of the heroes meeting Black Lightning.

Oh, Good: Arrowverse Guest Stars ARE Confirmed For The Flash