Battlestar Galactica: Deadlock is a turn-based space strategy game set in the same universe as the 2000’s reboot of the iconic television series. Although it essentially takes place in the same world, Deadlock is by necessity not focused on the events of the television series. This would be impossible considering how the human race has been all but wiped out by then which would mean that a traditional title in the strategy genre would be impossible. Instead, it is something of a prequel that puts players in the middle of the First Cylon War as they try to fight back against the enemy.

The first thing that jumps out when playing Battlestar Galactica: Deadlock is that this game has a very particular style of gameplay. Rather than be in continuous control of all of the units at your command it utilizes a turn-based mechanics that lets the user take very specific actions without having to pause the action.

This gameplay choice provides for a much deeper tactical approach to combat. There is a huge number of variables at your command every single turn. You can manage everything from the direction a ship will travel in to its firing options and elevation. After choosing through these various selections the turn will end and the action will play out on screen. Fortunately the battles are rather small in nature, meaning that you can put more focus into managing in great detail the encounters rather than having to think about an overarching strategy across whole fleets. 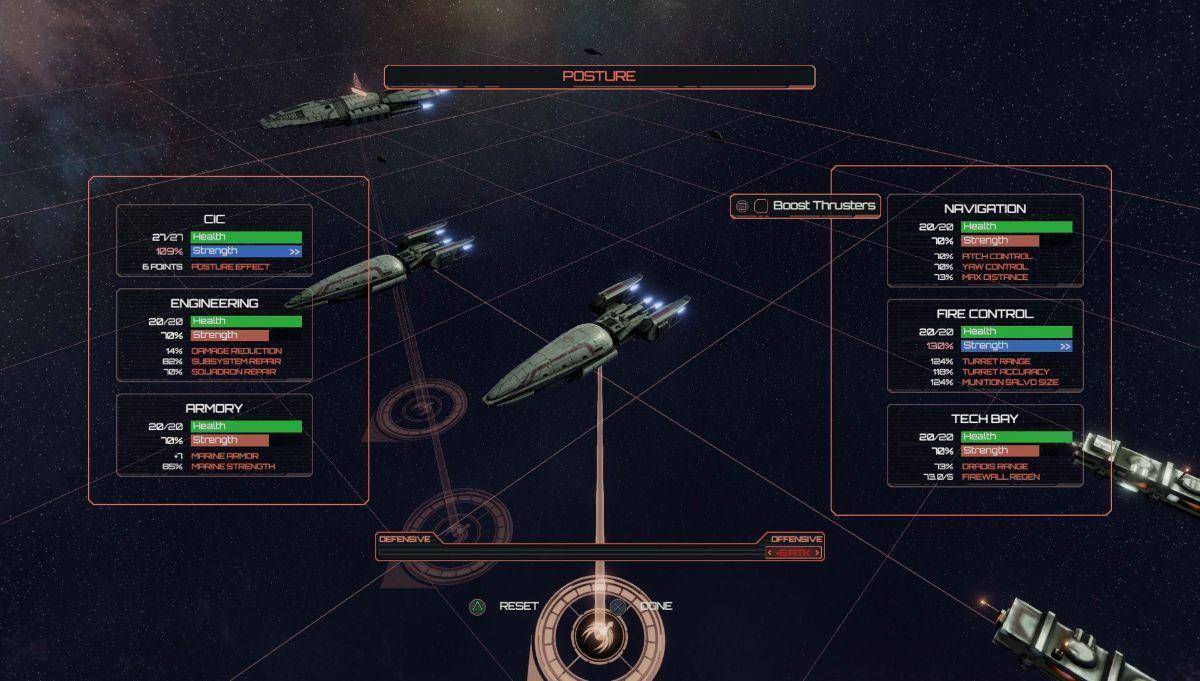 Most of the combat revolves around finding the right combination of tactic and ship type to counter the enemy. Every unit has their own strengths and weaknesses that can be exploited. Some are weak at their rear while others can fire massive volleys from their sides. The other important aspect is positioning. Ships are only destroyed when their hull is completely breached. This allows the enemy to try and maneuver themselves so that the damaged part of their ship is no longer in range, requiring you to constantly try to keep the weak spot in your sights.

This title is far from just a battle simulator though. Ne of the standout features is that it has a campaign mode that is best compared with the re-imagined XCOM series. There are linear story missions that you must complete to advance the overall plot but much of the action is spontaneous and depends upon how you decide to manage the human colonies. There are a total of 12 planets that you are tasked to defend and carrying out missions on their behalf or protecting them from Cylon attacks will make sure they stay on side. Keeping the colonies happy is important as it is the only way to ensure they continue to send resources and provide the help you will need to take the fight to the Cylons. 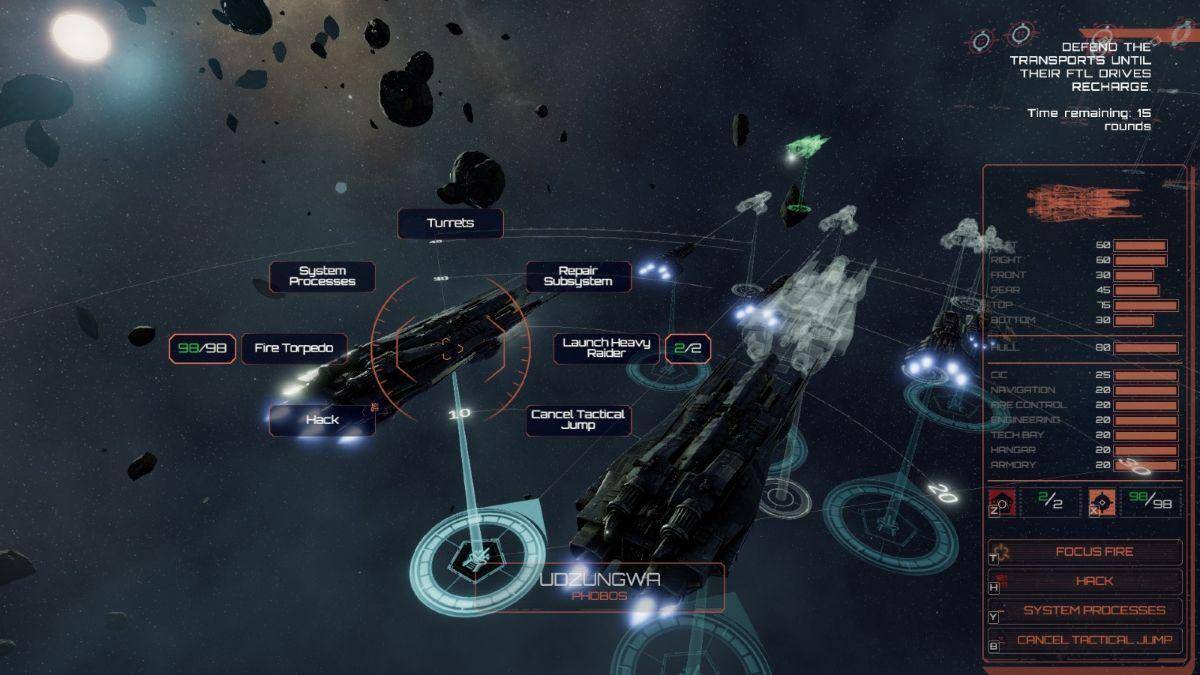 The fact that this is an officially licensed game has provided a real opportunity to exploit material from the television show. Although the visuals are not the greatest example of what is on the market in terms of the strategy genre, it certainly nails the overall look and feel of Battlestar Galactica in a way that no other game ever has. Where it really comes into its own though is with the audio. The soundscape borrows heavily from those used on the TV serial, with laser blasts and missiles zooming through space sounding exactly as you would expect. The musical score is inspired by the excellent work done by Bear McCreary and while it is not quite as intricate it still manages to capture the essence of the franchise brilliantly.

In terms of the controls, there are some issues with selecting units and targeting the correct enemy. With a mouse on PC, there probably isn’t any issue in terms of the controls but the lack of precision without a cursor with a gamepad makes this a problem that rears up continuously as you play through. This is a minor inconvenience rather than anything game-breaking but it will cause some annoyance. The difficult also spikes up quite a lot on some missions, making certain battles incredibly hard to beat at the first attempt. Yet, this is mainly resolved by the save system them easily lets you have another go at an encounter that didn’t go your way. 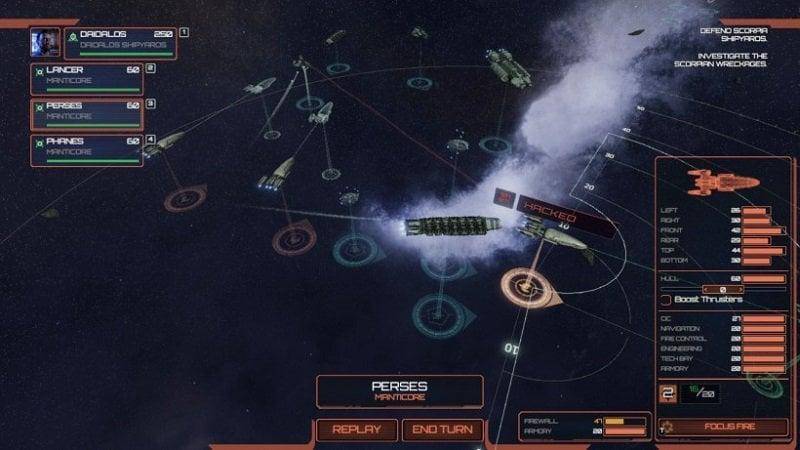 Unlike on PC, the Xbox One is not awash with strategy games. Battlestar Galactica is certainly a welcome addition to the fold and for fans of the series, this is a must have title. It immerses you in the franchise in a way that no other game has ever managed to go and every element feels authentic. The battles are brimming with tactical options and allow for plenty of deep combat while the resource management aspect keeps things from getting too stale whilst also adding an extra element of depth to the proceedings. Ultimately, you aren’t likely to find a better strategy game on the Xbox One for this price.