All Noble Einherjar Should Check Out Valkyrie Profile: Lenneth On PS5

Earlier this year Square Enix finally got around to making another game in the Valkyrie Profile series, though it was somewhat different than what came before it. Valkyrie Profile is a very unique series of JRPGs where you’re a Norse goddess who must prepare for Ragnarok by meeting mortal warriors, learning their life stories, and then recruiting their spirits as “Einherjar” — your army, in other words. Your success or failure at the end of the game depends on how well you trained the people you picked, and your strategy in deploying them.

The newest game, Valkyrie Elysium, ditched most of the story elements in favor of a more action-oriented approach that some fans felt was shallow. If you’ve never played a Valkyrie Profile game before, trust me — you want to start with the original game that came out in 2000, as it’s the whole reason this series has a fanbase in the first place.

Unfortunately playing Valkyrie Profile: Lenneth is not always a task made easy. The original Playstation version had a low print run and now sells for $300 on average. The game was re-released for PSP, but that was also a while ago (you might not even have a PSP anymore, and if you do, all your battery packs have swelled up and expired). But we’re getting to the good news — it’s coming back within days! Valkyrie Profile: Lenneth will be playable on Playstation 4 and Playstation 5 starting next week.

This version of Lenneth will be the PSP version again, which is just a widescreen version of the Playstation original (graphics are the same). This version, however, will include enhancements like a rewind function, a quick save and load, and other features that let you cheat if you suck at the game.

Look for Valkyrie Profile: Lenneth on PS4 and PS5 starting December 22. You’ll be glad you did. 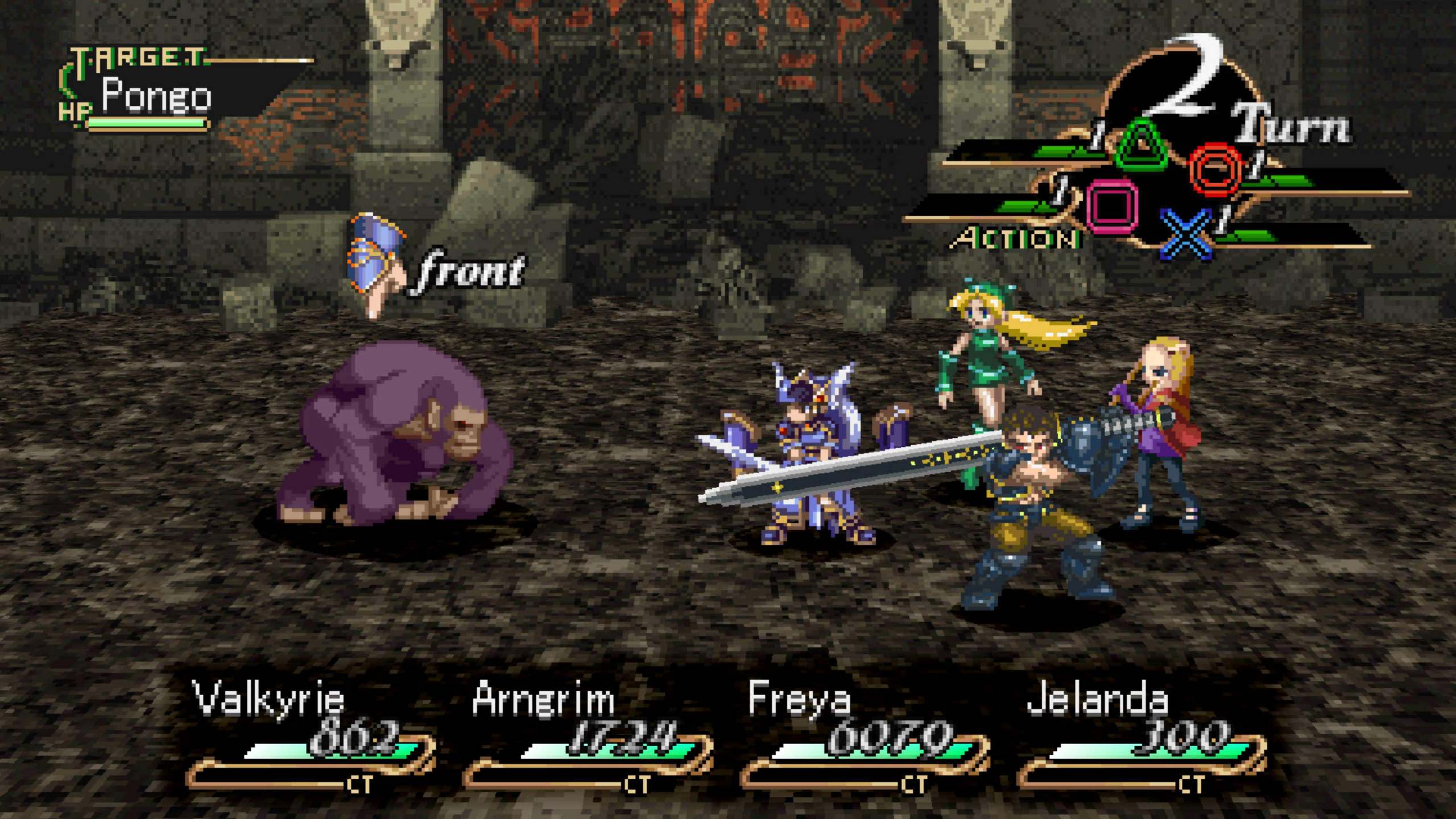 Amazon Is Publishing The Next Tomb Raider — What Does That Mean? DC Comics Solicitations March 2023

I feel happy this game is now available for new gen because the ps1 version is damn expensive.

My PlayStation 1 copy has become unplayable due to years of use and abuse. When I was a kid, the voice acting in the game completely blew my mind. After some deliberation, I've concluded that it was the greatest game ever. This was the first game that explicitly taught me to care about other people's experiences. Seeing how Lenneth struggles to understand people in their most desperate and final moments forces you to reflect on the people in your own life you know and love. I've been wanting to play this game again since it was added to the PlayStation 1 library; it was that good.

Even though I experienced a wide range of emotions while playing this game, some of which were contradictory, I believe I came away with more positives than negatives. Despite my reservations about the combat system and obtaining the best ending, I enjoyed the brief scenes that showed characters being recruited and characters feeling out the world through their deaths. Despite this, I had a lot of fun with the game. The sequels to the games are also enjoyable and should be played at least once.

If you enjoyed the combat system in Indivisible, the game that inspired this one, you will enjoy it just as much. I recently enjoyed playing Valkyrie Elysium, one of its sequels, on my PlayStation 5. I've never been able to obtain the first game in a series that I'm interested in. I am fortunate to be able to take advantage of this news item.

To obtain a Physical copy of this PlayStation 1 video game, you will need to spend a significant amount of money. It's an understatement to say that I'm relieved it's finally downloadable on modern devices. It was enjoyable, but not as much as other books and films I've read or watched. The game appeared to rely excessively on the player blindly following instructions, and as a result, I found the main plot to be unclear (at least for the best ending). I found that, as a result of my success in developing the most effective strategies for each battle, they eventually became routine. Tri-Ace worked diligently to distinguish themselves from the glut of other JRPGs on the market, as much as I appreciate its uniqueness.

This game has multiple endings, and getting to the "A" ending may be difficult enough that you need to consult a walkthrough. For my part, I'm thrilled that members of Generation Z and Alpha will soon be able to enjoy this hidden gem. The Norse mythology lessons in the game are far superior to those in the Thor films.

This game left me with a wide range of emotions, which I attribute to the numerous steps required to unlock the True ending. You won't be able to figure out what you need to do to progress if you play the game quickly, but if you stop to do some digging and read the dialogues, you'll see that there's more to it than meets the eye. The sheer number of available options initially turned me off from playing the game. In the past, I figured it out through trial and error. Playing on Easy or Normal forces you to accept the alternate ending, so you'll need to switch to Hard to do so.