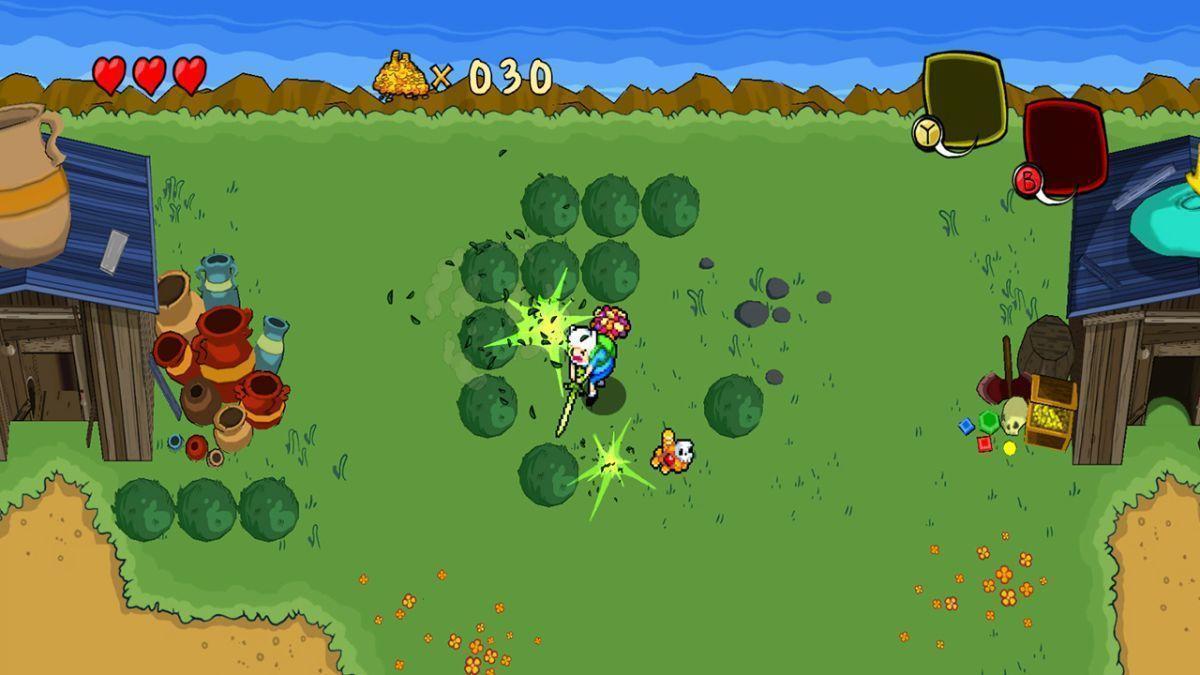 What I will do is say that publisher Little Orbit’s new Adventure Time video game, Adventure Time: Secret of the Nameless Kingdom, gives of a strong original Legend of Zelda vibe, and that is not a bad vibe to give off.

The new game is developed by Wayforward Technologies, the studio that that made 2012’s amazing Adventure Time: Hey Ice King, Why’d You Steal Our Garbage?, which also took heavy inspiration from Legend of Zelda, that time from Zelda II: Adventure of Link. They also made 2013’s less satisfying Adventure Time: Explore The Dungeon Because I Don’t Know, but we’re hoping this one will be a return to form.

The story of the game is about Finn and Jake exploring the kingdom that isn’t named, defeating enemies, solving puzzles and running into classic adventure time characters and new ones created just for the game.

“We’re really thrilled to launch a game that will appeal to both fans of Adventure Time and classic top-down adventure games,” said Matt Scott, CEO of Little Orbit, in a press release. “With plenty of secrets to uncover in the Nameless Kingdom, players will embark on an epic Adventure Time journey.”