One of the most breathtaking Hollywood sets in recent memory is the Starcourt Mall set built for Stranger Things Season 3. Those who weren’t around for the golden age of malls may not feel the same way, but this mall looks GORGEOUS and I instantly wanted to go there, browse the vintage shops, waste time at the arcade, get some bad food, watch Tonya Harding skate — uhh, never mind, that one was specific to my mall.

Many of the shops in Starcourt no longer exist, and the ones that do exist have changed drastically from their 80s look and feel. It’s massively unfair that Netflix never allowed the general public to tour this fake mall off-hours. But there’s a close facsimile.

The website Retail World has posted a gallery of screenshots taken by those who managed to sneak onto the set. There are even a couple of videos. The first visitor discovered the set while it was still being constructed, from a dead section of the Gwinnett Place Mall located thirty minutes from Atlanta, Georgia. It’s fascinating stuff! 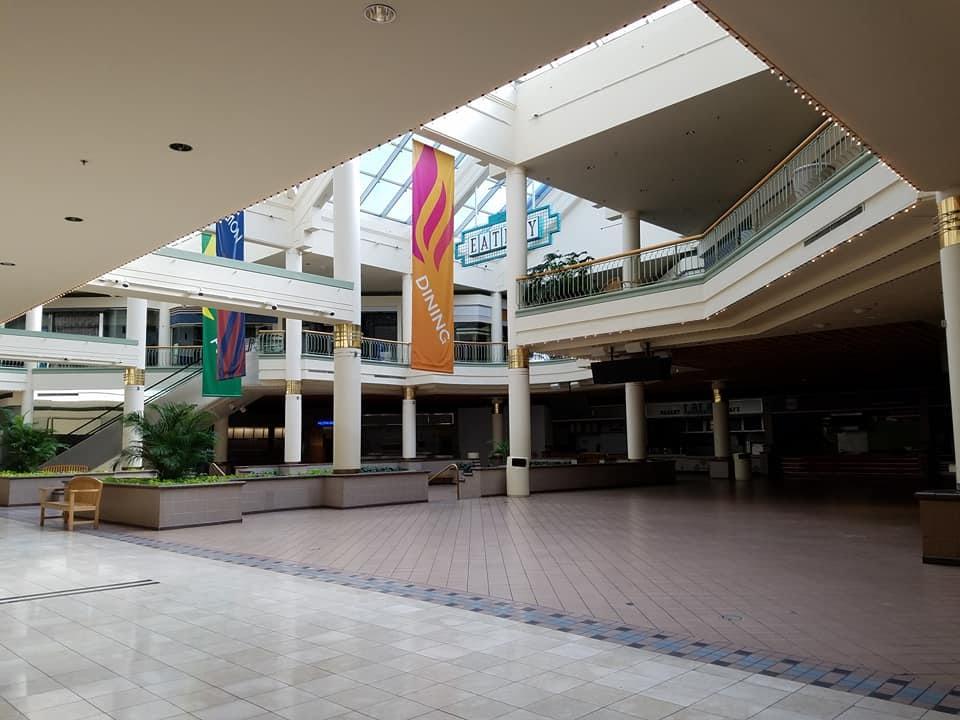 Here’s what the mall looked like before its vintage remodel. 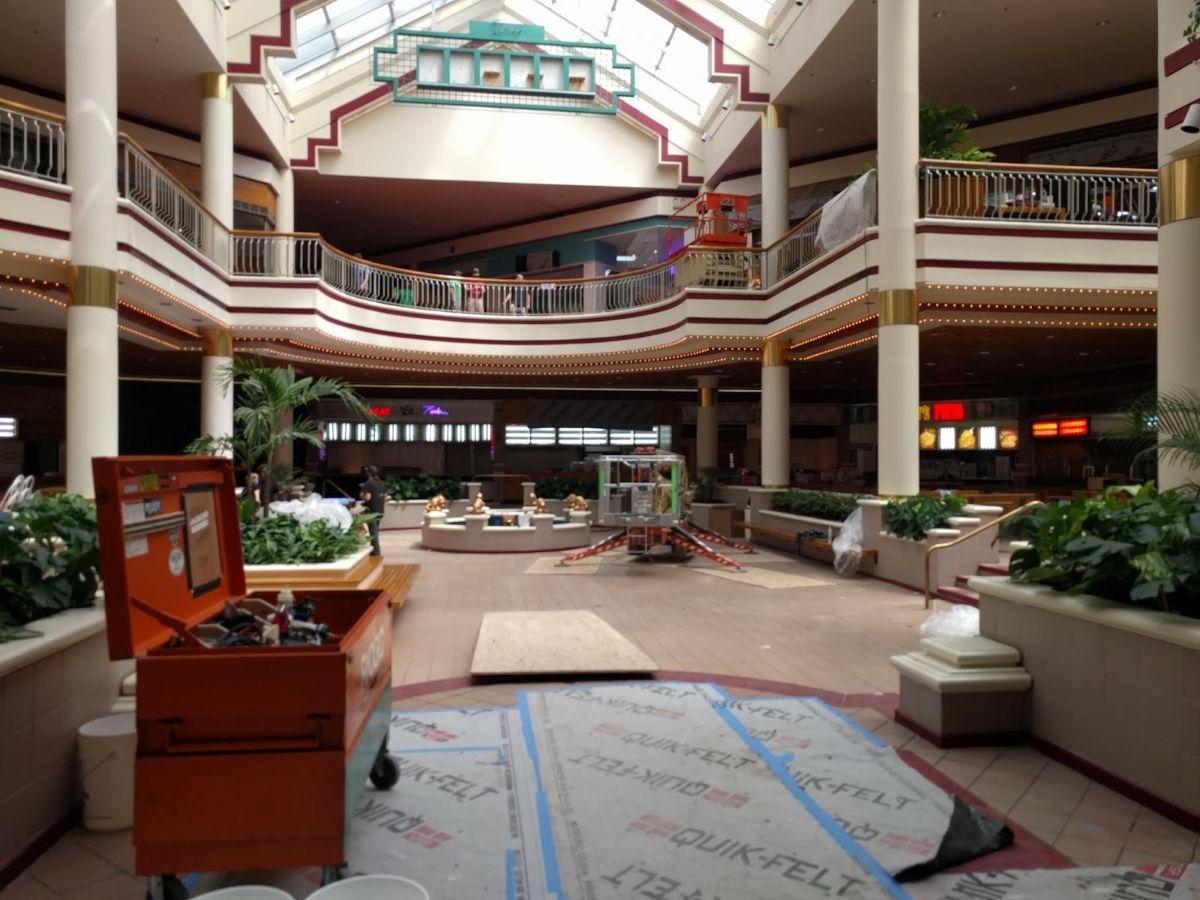 The Starcourt in its fetal stage. Stores starting to take familiar shape. 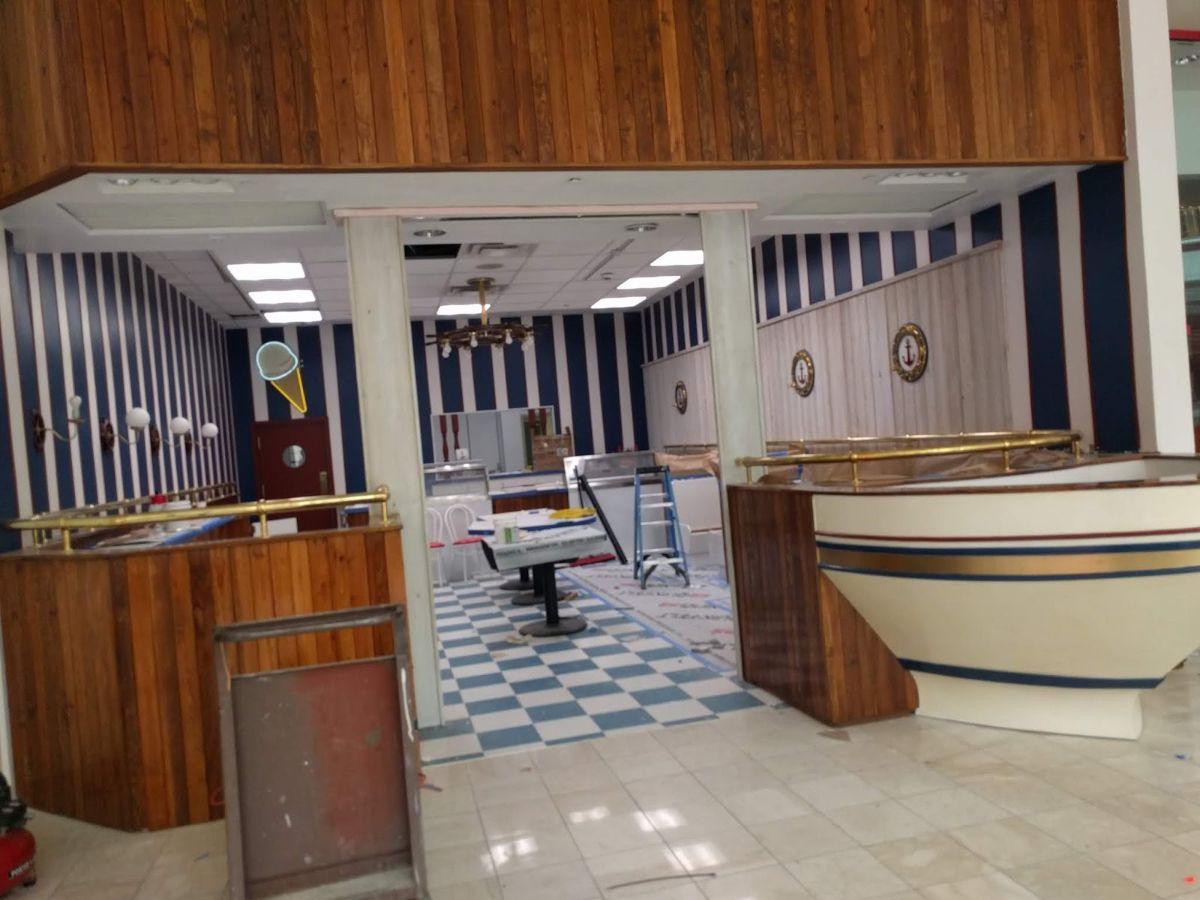 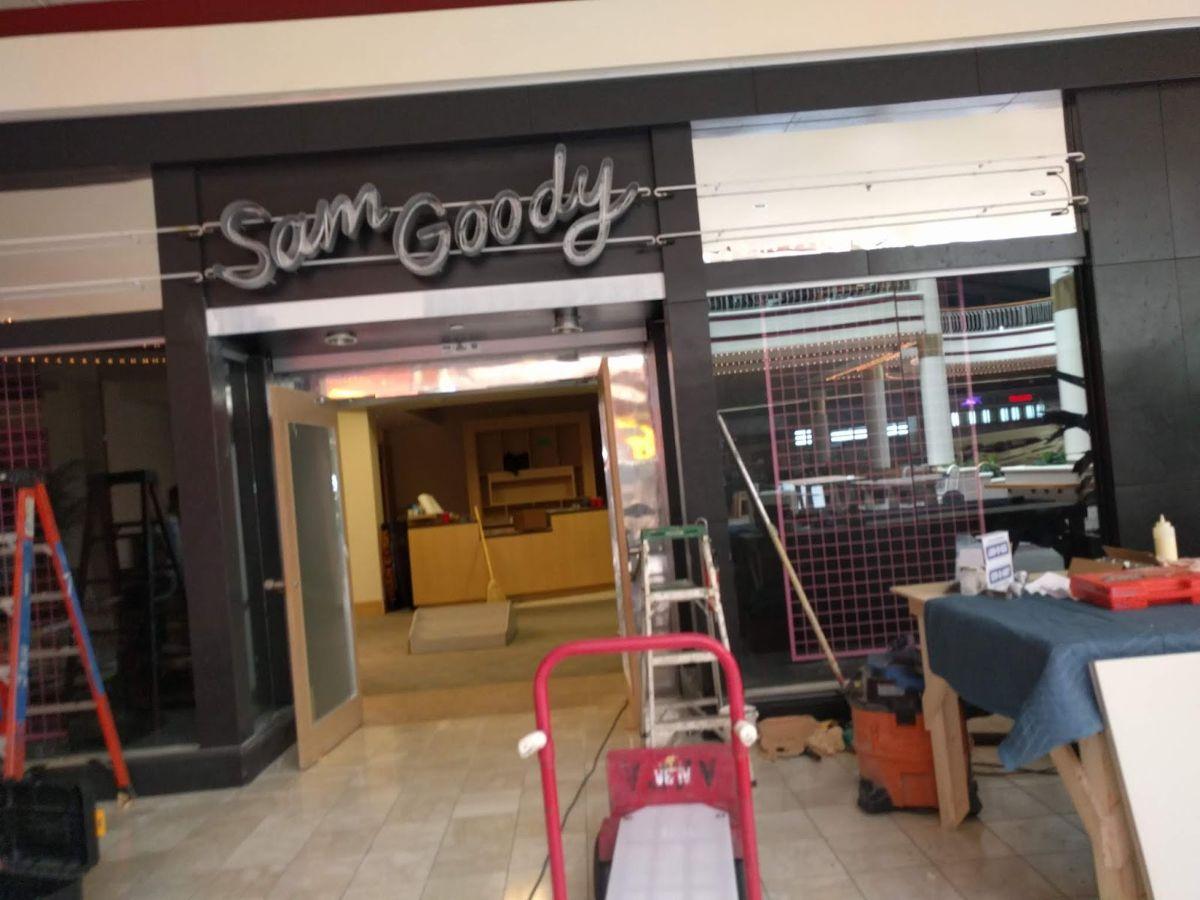 The skeleton of a good ol’ Sam Goody! 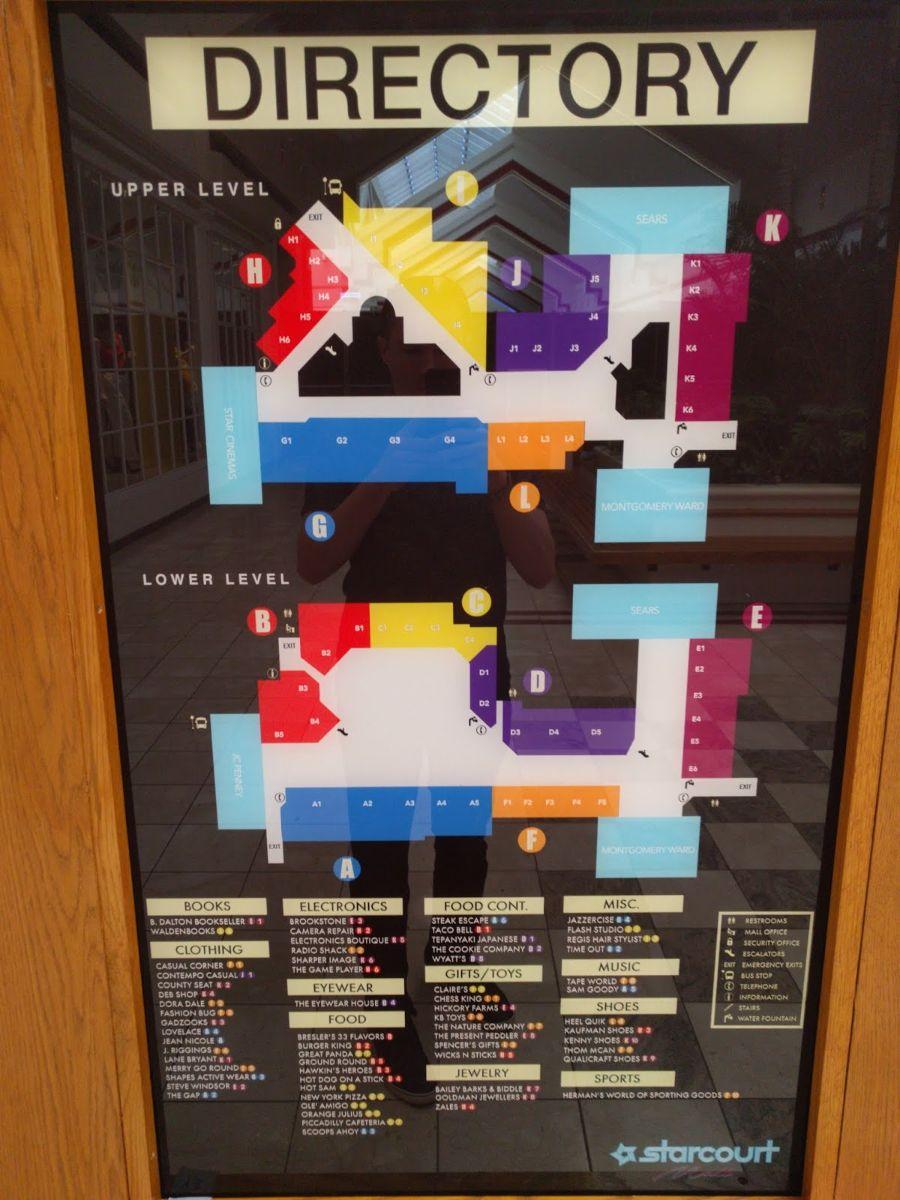 The precious Starcourt Mall Directory! Look close and see how many you can identify! 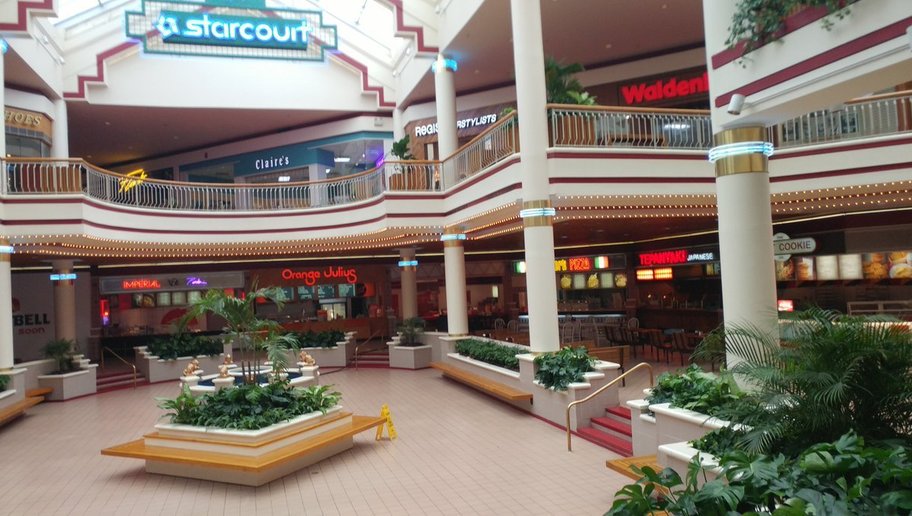 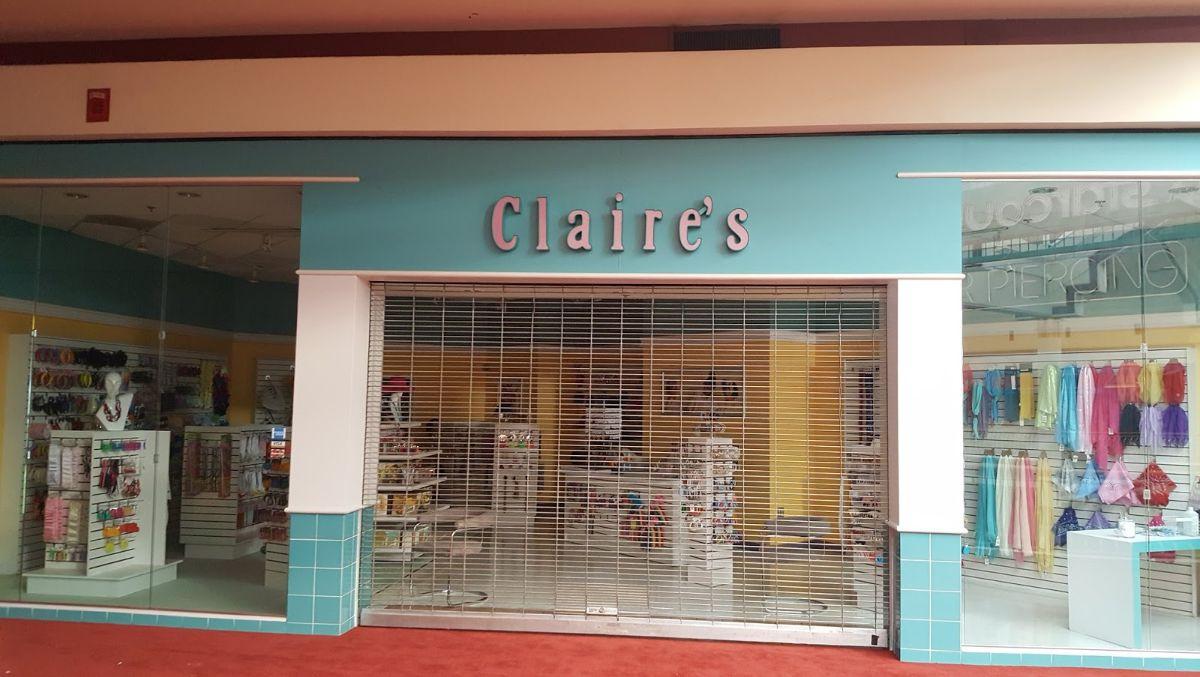 A Claire’s from out of time. 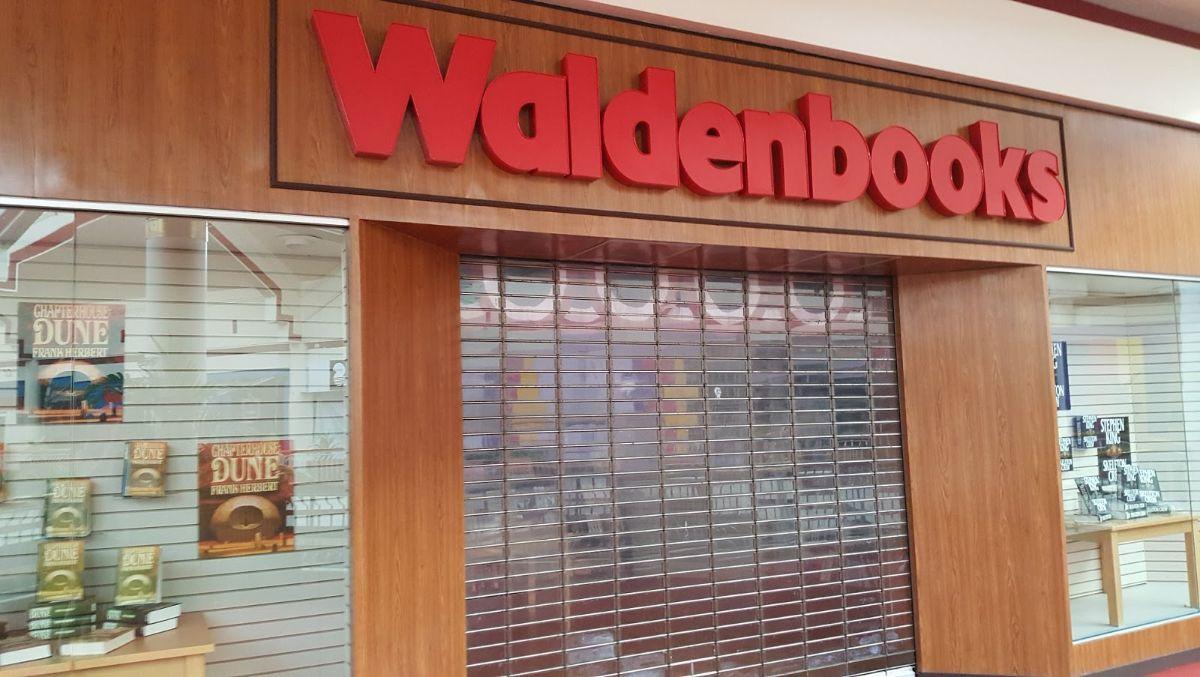 Waldenbooks. The new Dune books are in! 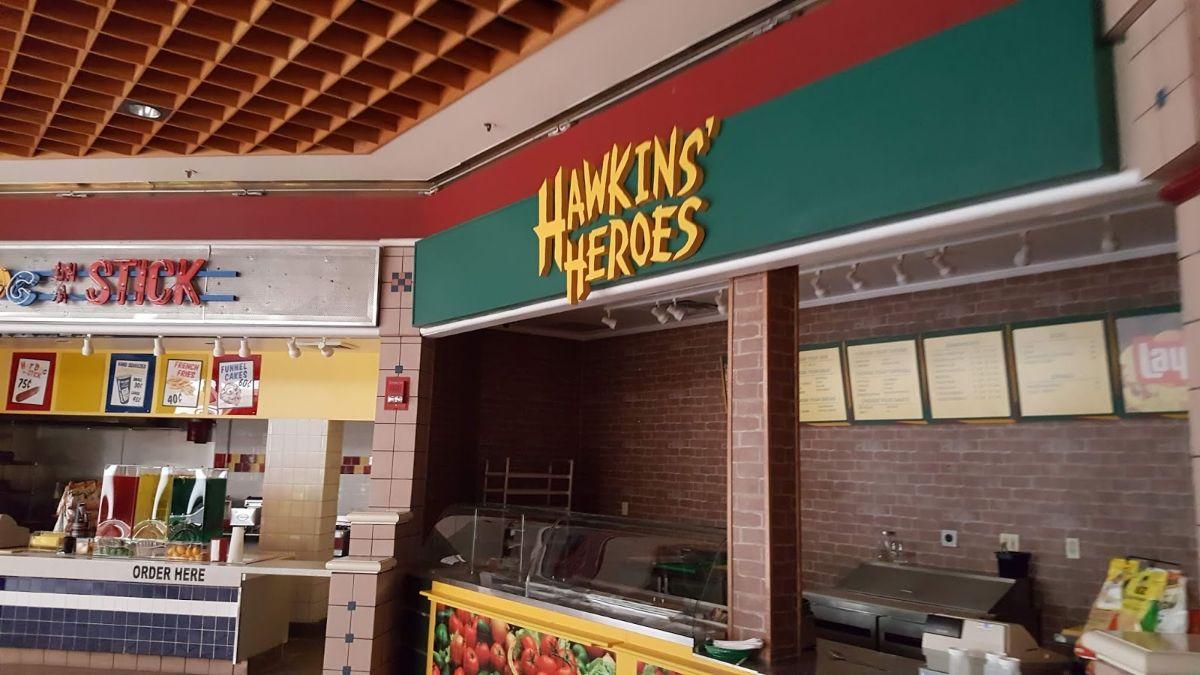 The best thing about this screenshot tour is that you can see details which didn’t show up on the show. The sandwich shop, for example, is called “Hawkins’ Heroes.” 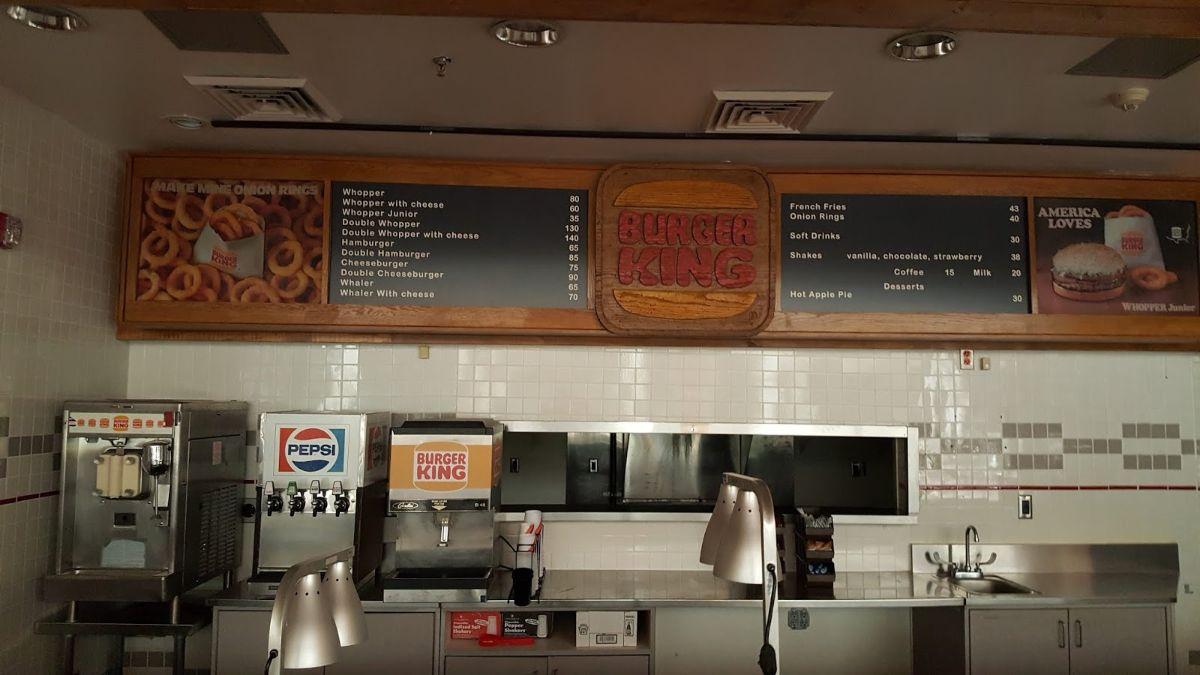 GAH!! LOOK at this Burger King!! It’s like we took a time warp! IT’S BEAUTIFUL….. 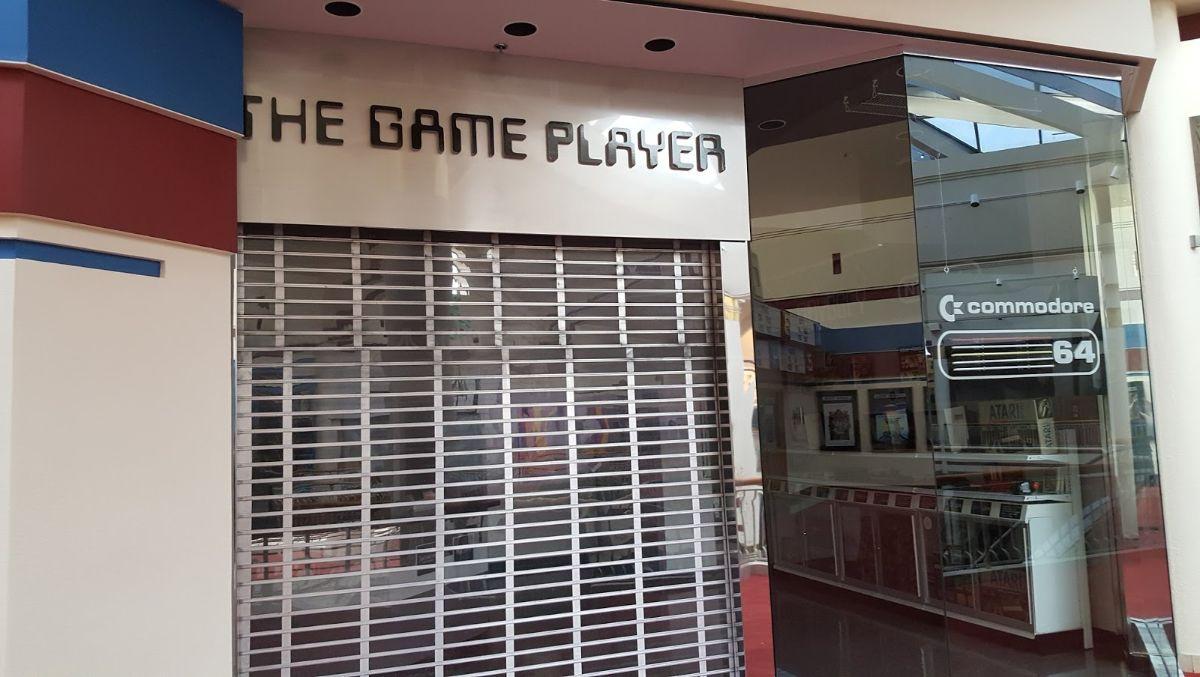 I don’t think this shop was ever clearly shown in any episode either. Looks like a place for video games, despite that pre-Nintendo market being dead in the summer of 1985. At this point in time they would be making all their cash from computer games — the set designers knew this; spot the C64 sign. 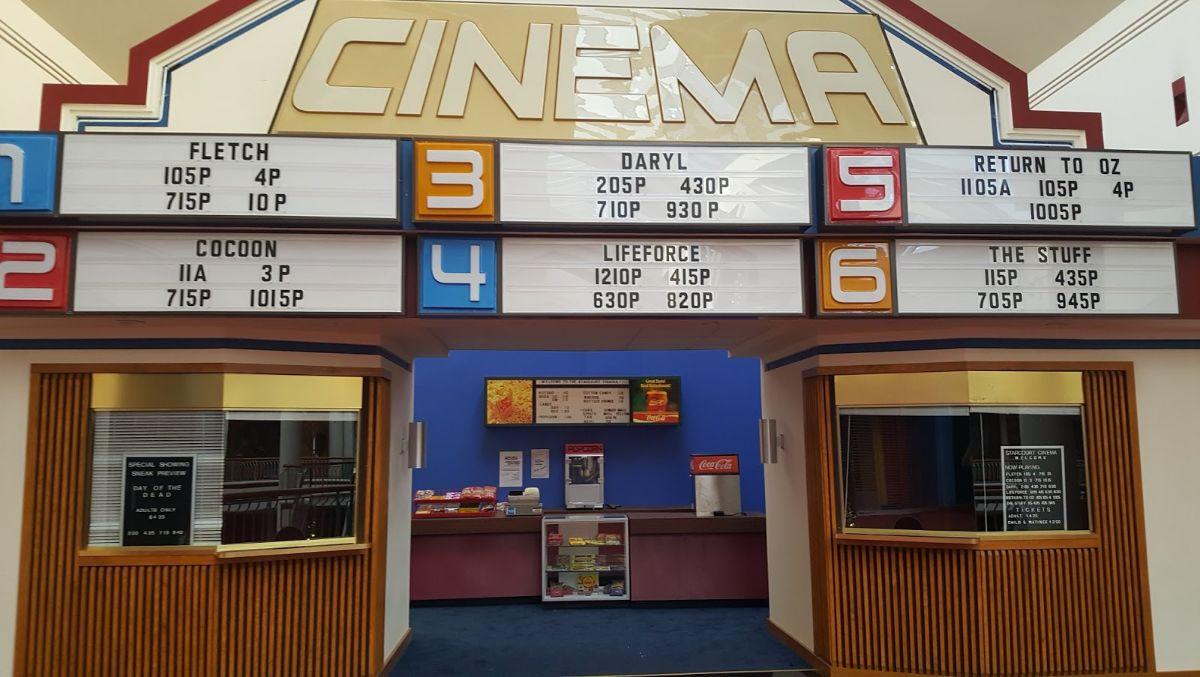 One of the most interesting shots of them all. When we get a clear shot of the cinema marquee on the show, Back To The Future is listed in place of Lifeforce….maybe it was a script change, maybe it was meant for an earlier scene before the film’s release. 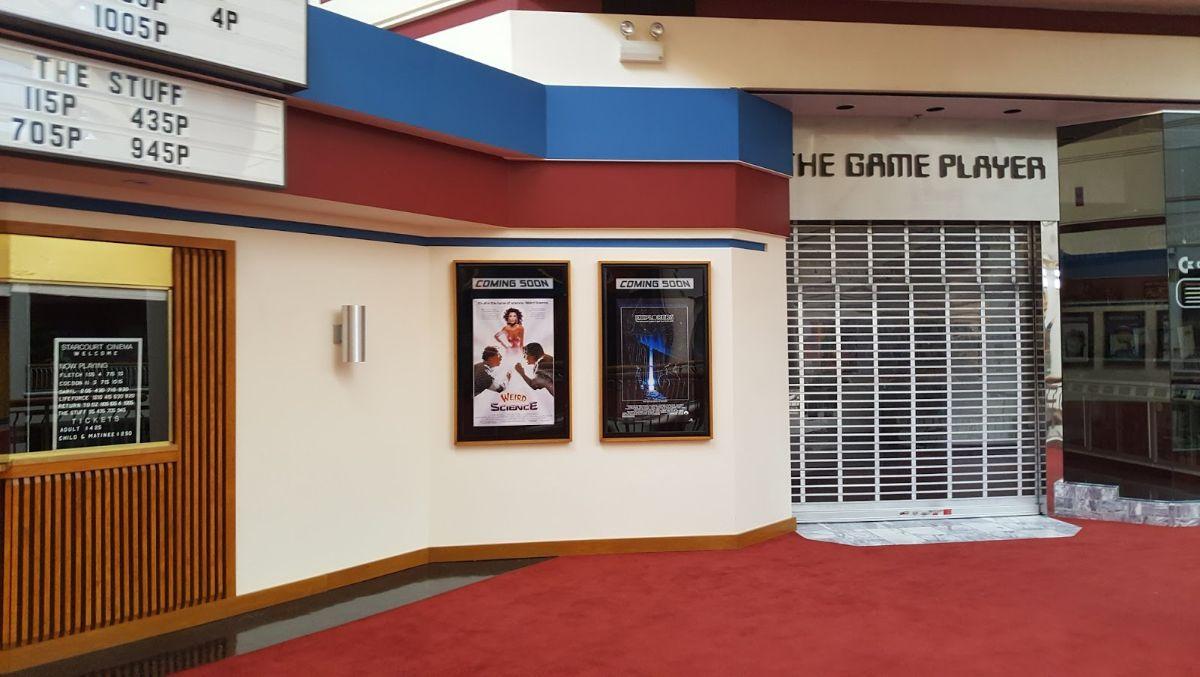 Retail World knows what they have — they purchased the StarcourtMall.com domain name as well as ShopStarcourt.com; both redirect to the gallery. See the full gallery on their website.

The Hiatus Will End For Wynonna Earp In 2020 Warframe Is Expanding With Empyrean, New Introduction