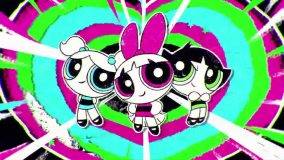 Sugar, Spice, and everything nice! These are the ingredients of making the perfect little girls! Then an accident happens as Professor Utonium accidentally added the forbidden Chemical X thus the Powerpuff girls are born.

These Pint-size superheroes had been a big part of the childhood of multiple generations since the late ’90s.
Producer Greg Berlanti and CW, 2 entities responsible for creating the Arrowverse DC comics superhero shows like Arrow, The Flash, Supergirl, Legends of tomorrow are currently working and developing a Live-action adaptation of the Cartoon Network Classic The Powerpuff girls.

Academy Award-winning director Diablo Cody who is known for her film Juno and Heather Regnier of Veronica Mars fame will be writing for the show.

The Powerpuff Girls is a creation of Craig Mccracken. It was originally a pilot to be sold for Adult Swim titled Whoopass girls.

These multiepisode Pilots are created by Mccracken when he was still studying Animation. It is more adult-oriented than the version we know today.

Cartoon Network like the concept of cute little girls being powerful superheroes so when they approved Whoopass girls for development as a tv series they asked for a more family-friendly version thus we have the Powerpuff girls.

This series is such a success that it lasted for 6 seasons! There is even a Cinematic movie which is a prequel of the series that hit the theaters back in the early 2000s.

In 2006, Powerpuff girls become anime with the Japanese reboot
Demashita Powerpuff girl Z. Cartoon Network collaborated with Toei Animation to give new life to this long-running IP after the original got canceled.

The girls retained their personalities from the original but they are not sisters on this version. The original fight with hand to hand combat but this Anime goes for a Magical girl route instead of a Shounen action anime which is more fitting but it still worked.

The girls and the other characters were redesigned with a more modern and edgier look. The TV special is supposed to be a Pilot of a New reboot but nothing follows after it.

In 2016 The reboot Powerpuff girls 2016 premiered. This version introduced a 4th sister named Bliss. She is the oldest Powerpuff girl as she is a middle schooler and she is also the first Black Powerpuff girl. This reboot just finished its 3rd season in 2019 and it is yet to be renewed.

Before we talk about the upcoming live-action adaptation. Let’s talk about Ace of Gangreen Gang. He is one of the Original Villains of the series. He is a delinquent gang leader of a group of green-skinned mutants.

He recently resurfaced at mainstream media, not as a supervillain but as a member of the popular Virtual Band Gorillaz.

One thing you will notice is that he is all grown up. He is now an adult. He joined the band as a replacement for Murdoch who got jailed for illegal possession of firearms. Ace debuted as a Gorillaz member at the music video of the song Humility.

If Ace grew up in real-time, The girls would be grown adults by now as well. That is what the new reboot will tackle. The girls will now be women in their 20’s who are disillusioned with regret because crime-fighting past made them lost their childhood. They basically suffer what child stars and child laborers had been through. Most likely they are suffering from PTSD as well.

They are marketing it as a reboot but with the way it sounds, It is more of the direct sequel of the original decades after the last episode of the last season.

Do you think CW will deliver or is this going to be a train wreck?

Legends of Tomorrow is canceled after 7 seasons

Avatar The last Airbender live-action cast got revealed by Netflix