Since Microsoft isn’t willing to do anything with Banjo and Kazooie beyond license them out for Smash games, it falls to their creators to carry on with two knockoffs, Yooka and Laylee. So far, Playtonic Games — a game studio made up of ex-Rare employees — has whipped up two tributes in the form of Yooka-Laylee (the 3D Banjo games) and Yooka-Laylee and the Impossible Lair (the 2D Donkey Kong Country games). We hoped we’d hear about a third game starring Yooka and Laylee during E3, but there was no such announcement yet. They will, however, be starring in a game of a different kind. 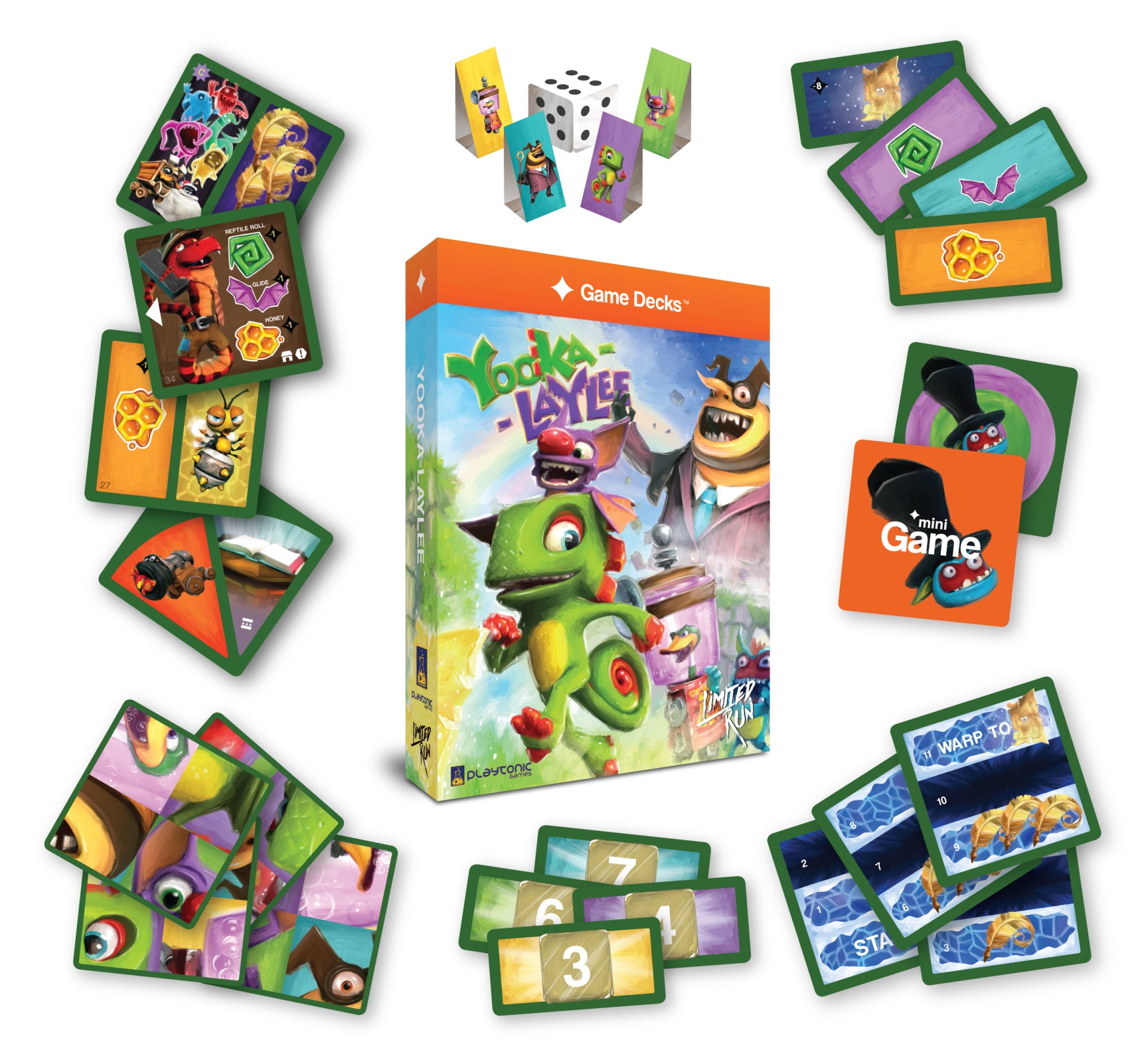 The lizard and bat are hopping into the realm of board games courtesy of a partnership with Game Decks (who will make the game) and Limited Run (who will distribute it). The Yooka-Laylee board game is for two to four players and comes with a deck of cards that are also the board — the cards are laid out as spaces for Yooka and Laylee to land on, so each game is different. As the pair hop and bop around the area, they’ll collect Quills that can be used to buy powerups like Glide, Reptile Roll, and Honey Puddle. You’ll need these abilities because the board also contains enemy encounters. And yes, you’ll get to meet Trowzer at some point.

The most interesting element of the Yooka-Laylee board game is that, unlike most other tabletop experiences, this one has a soundtrack. Ten melodies written just for the game will come on a CD titled Capital B-Sides, but you can only get it if you order the Special Edition, which also includes some bonus cards. For the truly decadent, there will even be a Gold Edition with a gold foil-stamped cover and alternate player pieces, dice and cover card.

All versions of the Yooka-Laylee board game will be sold on the Limited Run website starting June 29.

Power Rangers: Heroes of the Grid Rangers United Leaps Onto Kickstarter Who is Starro? The giant star fish from the 3rd trailer of The Suicide Squad

An Avatar: The Last Airbender Tabletop RPG Is Coming Soon

If a recent story is to be believed, ViacomCBS did not realize