Who Watches The Watchmen? You, On HBO

HBO has given a full series order to Watchmen, the upcoming TV series based on Alan Moore’s famed graphic novel that redefined what a superhero comic could be.

Many fans were disappointed by the movie adaption of Watchmen that came out in the 2000s, but this new series will sidestep that issue….by avoiding the comic’s events altogether. This series isn’t set in the alternate 1980s where the comic took place, but in the alternate present, decades later.

As showrunner David Lindelof told Slashfilm, “We have no desire to ‘adapt’ the twelve issues Mr. Moore and Mr. Gibbons created thirty years ago. Those issues are sacred ground and will not be retread nor recreated nor reproduced nor rebooted. They will however be remixed. Because the bass lines in those familiar tracks are just too good and we’d be fools not to sample them.”

Because of the time difference, the series will have to come up with some new heroes. Many of Watchmen’s most famous characters may appear as old geezers, or they may not appear at all….this photo from the set in Georgia seems to imply we definitely won’t be seeing Ozymandias: 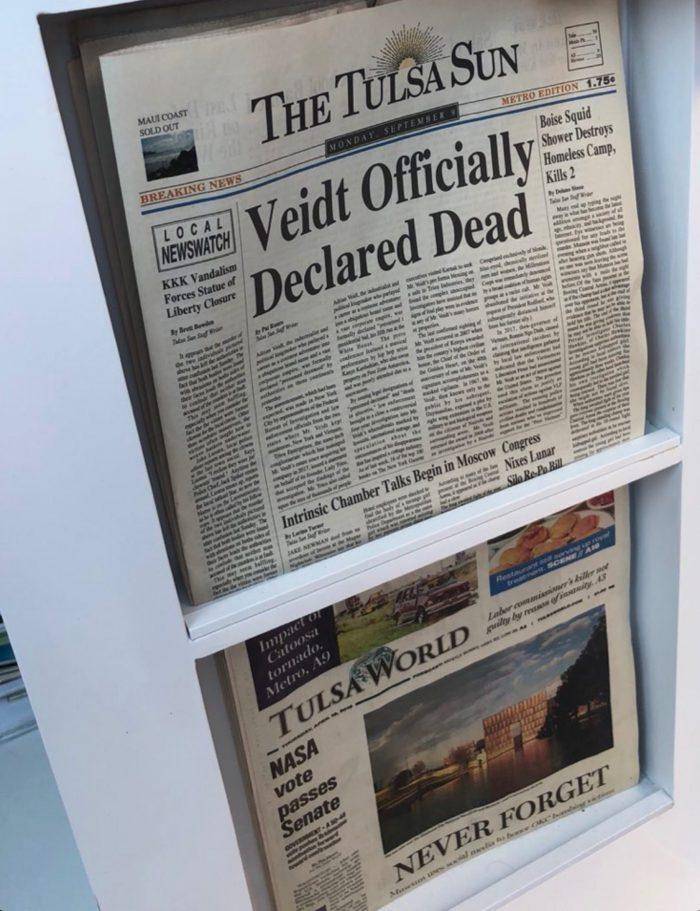 Of course, we don’t fully believe it….it’d be just like Ozzy to fake his death. In fact, he did it twenty-three minutes ago.

The Watchmen TV show is scheduled for 2019.

DC FanDome Will Return For A Second Year

Last year, with no public conventions to show off their creations, Warner

It’s been a rough last few months, but it looks like everything’s