Visit The House On Rodeo Gulch If You Dare

Most of the horror movies you hear about these days traffic in the ghosts and monsters variety. Far less common is the Hitchcockian Thriller, where the tension comes from the situation itself, not the idea or setup elements. We could use a few more of them, to be honest. Director William Scherer is taking on this neglected genre in his new movie House On Rodeo Gulch.

The story revolves around Shani Peterson, a teenage girl who moves with her stepmother to a remote house in the redwood forests of central California. Their only neighbors are a strange-behaving reverend and his hard-drinking assistant. Needless to say, something weird is going on and Shani has to solve the mystery before it takes her life.

Scherer describes how this movie came to be in the press release.

House on Rodeo Gulch was created from a true story. While in my late twenties I bought a small three-unit apartment building that had one of the units vacant. I put in a nice new cream-colored carpet in the living room and rented it out to a young couple.

A week later I visited them to find out the boyfriend had driven his Harley Davidson motorcycle into the living room and had taken the engine apart as oil, parts and dirt was all over my new carpet. Furious, I had no grounds to have them arrested, only give them a “thirty day notice to leave”. After thirty days they still hadn’t left and thus became “the tenants from hell”.  I thought afterwards, if only I had put something in the walls/ceilings that would have scared them into leaving on their own.

Later, I read about a prominent Reverend that had taken advantage of God and his congregation– He was in the process of losing his jet and a couple of his homes. The IRS was standing by–

I love strong women who find their strength through adversity. I also love Alfred Hitchcock and psychological thrillers that requires the audience to think. Throw in a bit of humor and you have- House on Rodeo Gulch. 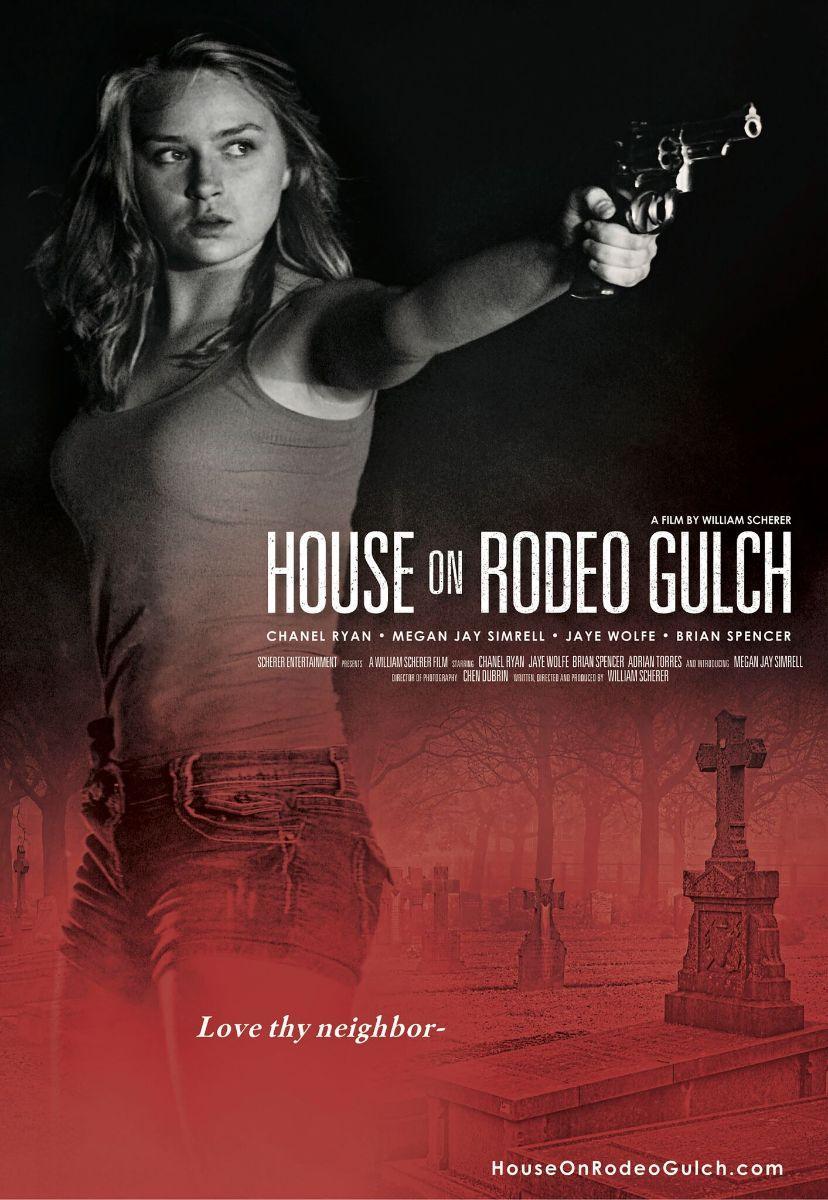