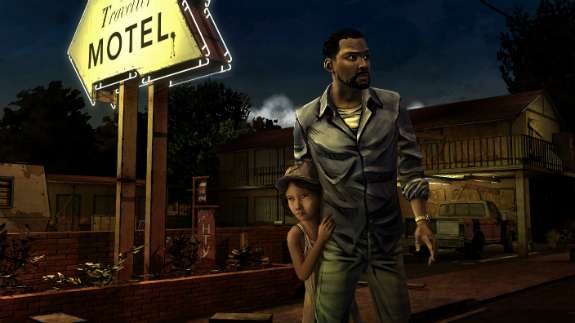 TellTale games have released the first screen shot for the upcoming Walking Dead Game. As being reported the game will not be based off the TV show or Comic book series, although it will be heavily influenced by them.

Hit the jump for more details and first screen and don’t forget to let us know what you think in the comment section.

hit the source for the additional info.
Source: MTV.com