Every once in a while, there comes a movie where you see the title and you instantly think “YES.” The Velocipastor is one such movie, announced by Wild Eye Releasing today for release this summer.

And we have even better news: there’s a way to see The Velocipastor before it actually comes out. Director Steere will hold a special midnight screening/Q&A at the Texas Frightmare Weekend on May 3rd. The actual release is scheduled for August, so Texans will be able to see it super-early.

After a devastating family tragedy, a priest travels to China to find deeper spirituality, but instead is endowed with an ancient ability that allows him to turn into a dinosaur. At first, he is horrified by his newfound superpower, but a local prostitute convinces him to use his newfound gift to fight evil – and ninjas.
Gregory James Cohan, Alyssa Kempinski, Daniel Steere, Yang Jiechang, Jesse Turits, Fernando Pacheco de Castro star with Aurelio Voltaire in the Wild Eye Releasing title. 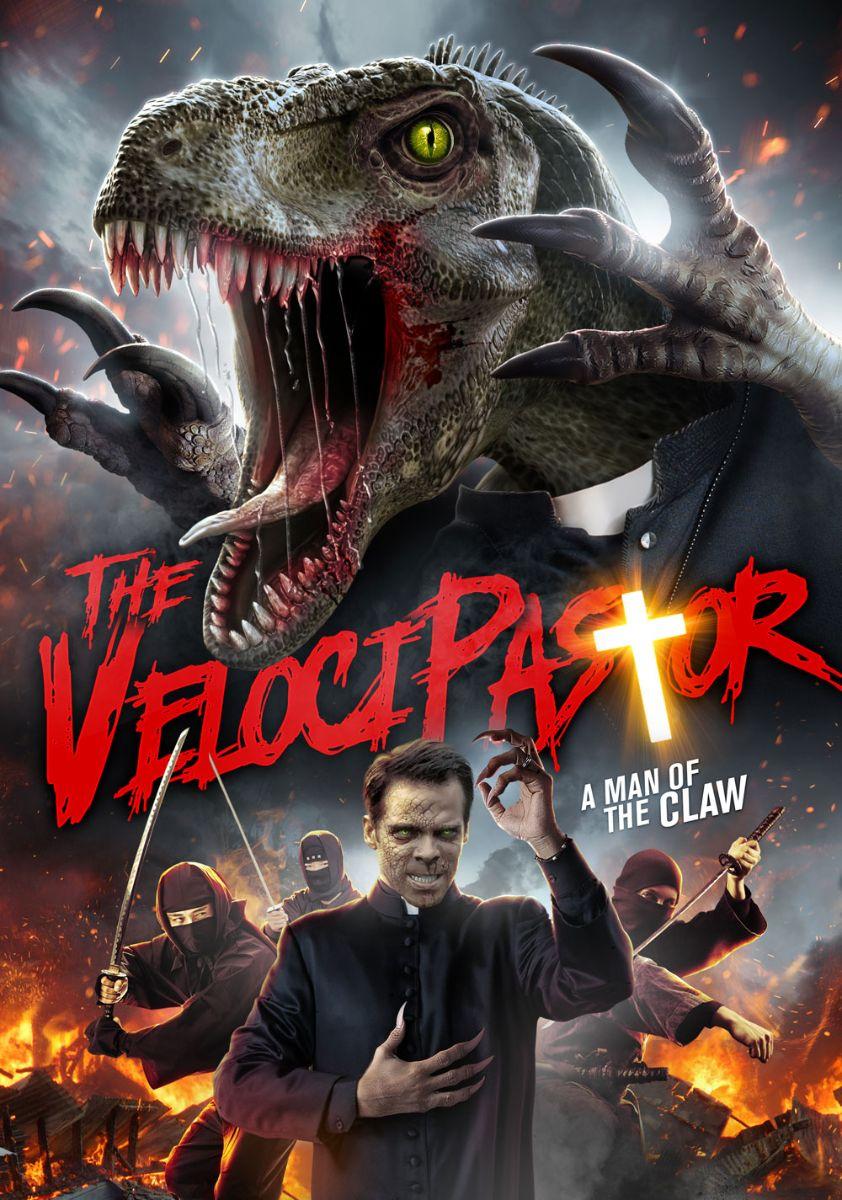