It happens all the time in horror movies: the terrified victim screams to the police that she’s being hunted by a murderer, but the cops shrug it off and don’t believe her. Because of this, the slasher movie body count has been way too high for a long time. That’s why we take the recent news coming out of Texas as encouraging.

An Amber Alert was sent out earlier today to phones in the region, warning residents of a kidnapping and the culprit responsible. The madman was described as male, with “red or auburn” hair, sixteen pounds heavy and all of three feet and one inch in height. He was last seen wearing blue denim overalls and wielding a kitchen knife. And though his birth name is Charles Lee Ray, he tends to go by just “Chucky.”

We’re not kidding, by the way. See for yourself: 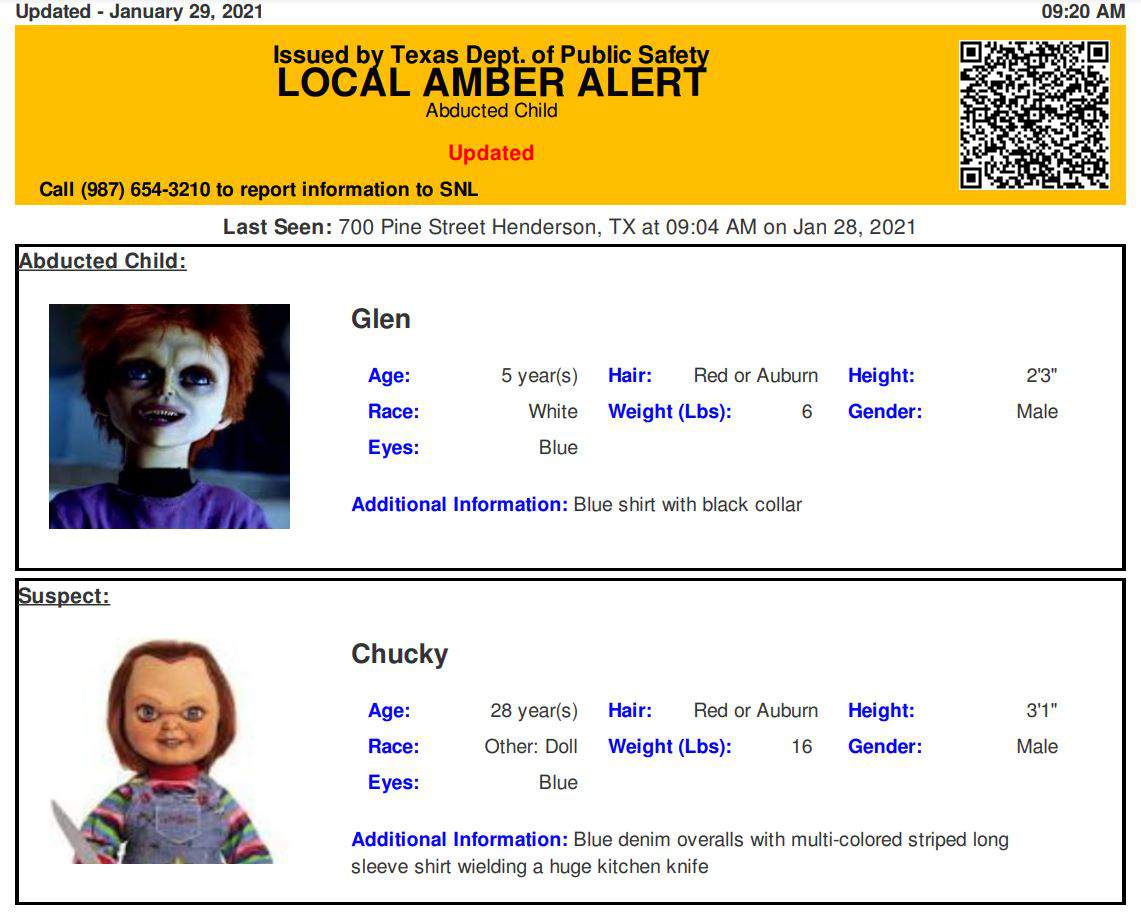 To refresh your memory, “Glen” is Chucky’s biological son introduced in Seed Of Chucky, but he hasn’t been seen in the last few sequels. Now we know why. This alert got sent to Texas phones THREE TIMES in one morning.

The Texas Public Safety Department later apologized for the alert, claiming it was the result of a “test malfunction.” But we find the claim that employees make joke alerts like this to privately test the system highly dubious. We know there’s a killer doll out there, and so do they.

Chucky’s next starring role (besides this) is a TV series scheduled for USA and SyFy later this year.

Guess What The CW Just Did? Yup, They Renewed Everything No Plan B Is Coming To Steam