31 years after he first popped out of the Good Guys package, Chucky has been reborn by MGM in the Child’s Play reboot, set for later this year. This was done without the permission of creator Don Mancini and his crew, who are feeling a bit stabby right now themselves.

Mancini is still moving forward with a Chucky TV series that uses the original continuity, which he is apparently in legal right to do, just as MGM has the legal permission to make this alternate version. So how does it look?

We wish we could show you, but for some reason Popgeeks has always had a terrible time embedding tweets. The best we can do is this; click the link below to see more.

The wait is over, your best friend has arrived. From the producers of IT comes Child’s Play, in theaters June 21. #ChildsPlayMovie pic.twitter.com/7t3aJZ3WFh

A lot of uneasy questions come from this. Why is Aubrey Plaza playing the worried mother and not the doll? There are, however, some positives. There is potential in the apparent new premise of Chucky being a malicious robot AI rather than the spirit of a murderer. Could there be more than one Chucky to deal with this time? The brief shot of the trashed toy aisle suggests this could happen.

We’ll always be partial to the original, though, and kudos to Mancini for keeping his literal spirit alive. The Child’s Play reboot comes out this summer; the Chucky TV series will premiere on Syfy sometime later. 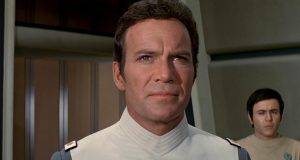