Surge of Power: Revenge of The Sequel Now Out On Blu-Ray, DVD And VOD

We’ve been following Surge of Power: Revenge of the Sequel since it was first announced for theatrical screenings. The one thing the majority of our readers haven’t been able to do is actually see the film — it’s only been touring a limited number of cities. That has now changed with the official home video release of the movie.

Starting today you can find Surge of Power: Revenge of the Sequel on every popular format: DVD, Blu-Ray and VOD. You can also rent the movie on Amazon Instant Video, Google Play, and YouTube Rentals. Once again, here’s the plot:

Surge’s nemesis, the Metal Master, is out of jail and trying to reconcile with his estranged parents (Blair, Gerard) and tempted to continue a life of crime by Augur (Roberts), archnemesis of the wise Omen (Nichols, Picardo). Augur sends Metal Master to Las Vegas for mysterious crystals. Needing more crime fighting help, Surge activates the artificial intelligence in the Surgemobile (Vilanch, Farnon). Augur emerges from the shadows back in Big City, causing Omen to step into the fray, which alerts The Council, a supervillain cabal bent on world domination. Facing more enemies than ever before, Surge must do whatever it takes to save mankind.

Both the Blu-Ray and the DVD contain a behind-the-scenes featurette presented by Vincent J Roth, Antonio Lexerot and Mario DeAngelis, plus some deleted scenes and a sneak peek at Surge III featuring Nichelle Nichols (yep, it’s not over yet). The Blu-Ray has all those things plus three exclusive episodes from the first season of the web series “Surge of Power: Big City Chronicles.”

You can bring all the campy comedy and crazy action of Surge of Power: Revenge of the Sequel home today. Check wherever movies are sold. 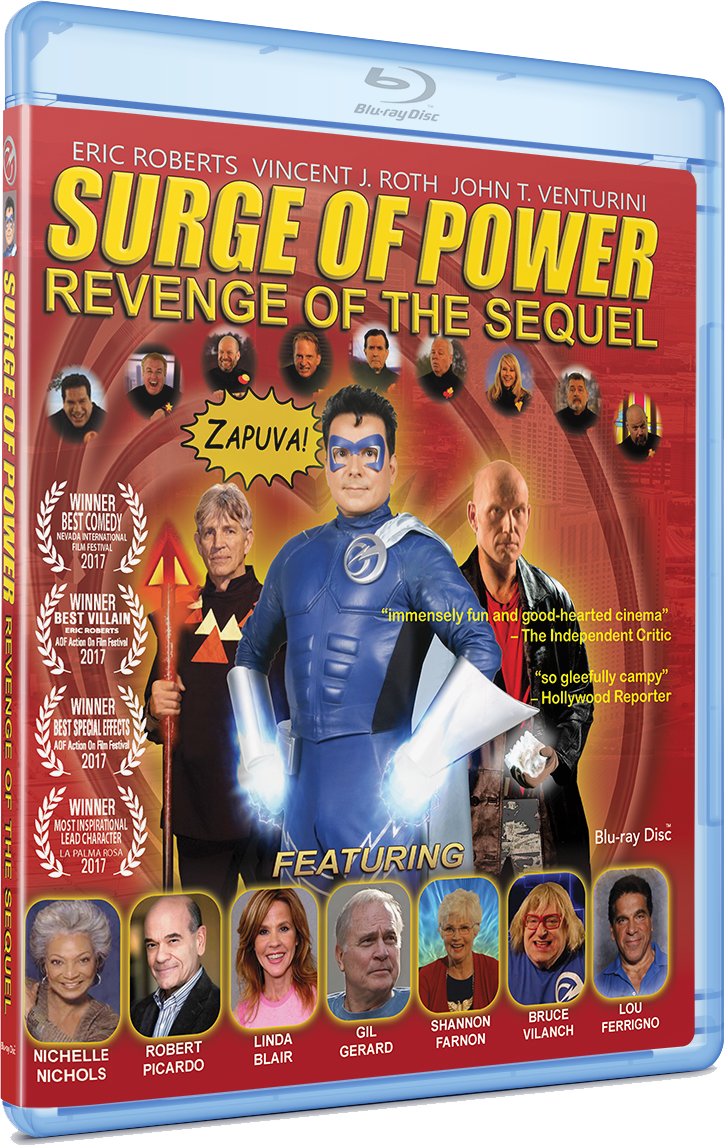