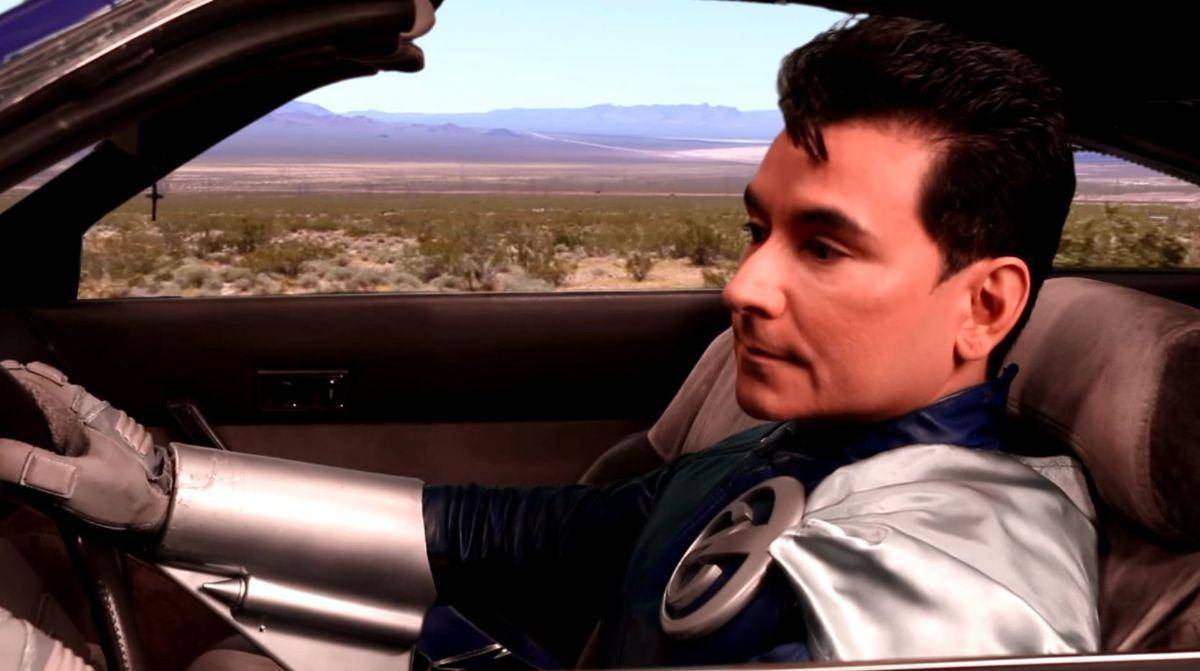 Cinema’s first out gay superhero, Surge is jumping back into adventure with big laughs in Surge of Power: Revenge of the Sequel, which I reviewed for Popgeeks.net here. The comic book style adventure was a lot of fun and so I sought out an interview with Surge of Power Creator, Vincent J Roth to find out how he managed to handle combining 50 celebrity cameos and message about acceptance into his latest feature. Let’s jump into the Surgemobile and see what we find!

Hoju Koolander: What inspired you to create the Surge character? Was it a movie idea first or a possibly comic book concept?

Vincent J Roth: Back in the day, I dressed up as other people’s superhero characters (now called “cosplay”). One of the companies I worked for at the time had launched a new marketing program to promote a new product and the campaign included their own superhero character, and I happened to look a lot like the character, so I made a costume and the company liked it so much, they sent me out to trade shows to be the live action persona of their superhero. 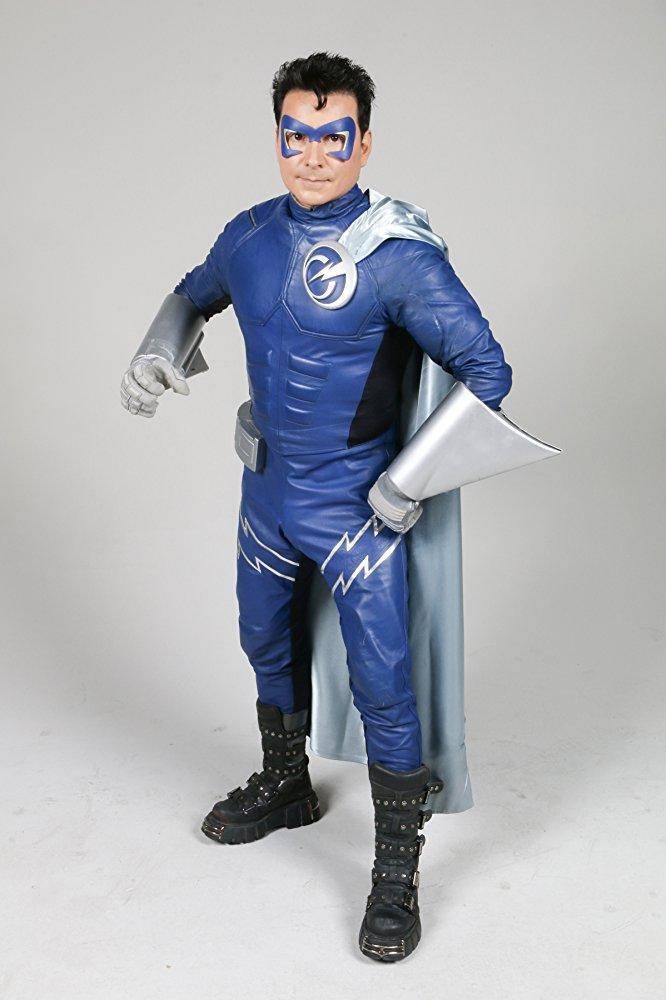 I realized if I could make a costume good enough to be a company’s “mascot” that I should do something with a superhero character of my own, Surge. A friend and colleague of mine had just started screening a b-movie sci-fi spoof in film festivals, and it gave me the idea of making a movie about Surge. 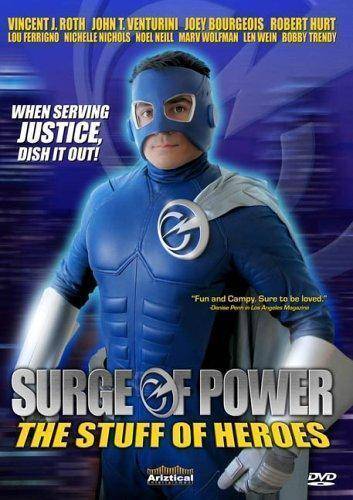 HK: How was your experience after the first film, Surge of Power: The Stuff of Heroes was released in 2004? What led you to create a sequel?

Vincent J Roth: The experience was very positive. I encountered a little homophobia with the first movie, but not much. This was before all of today’s social media and all of these digital platforms, so the movie only got out so far. It had a limited theatrical release, home video, was in Blockbuster, Best Buy, Tower (and some of those are gone now), played on a cable station and streamed on Netflix for a few years. It had a little attention, but wasn’t as big of a splash as I wanted for cinema’s first out gay superhero. 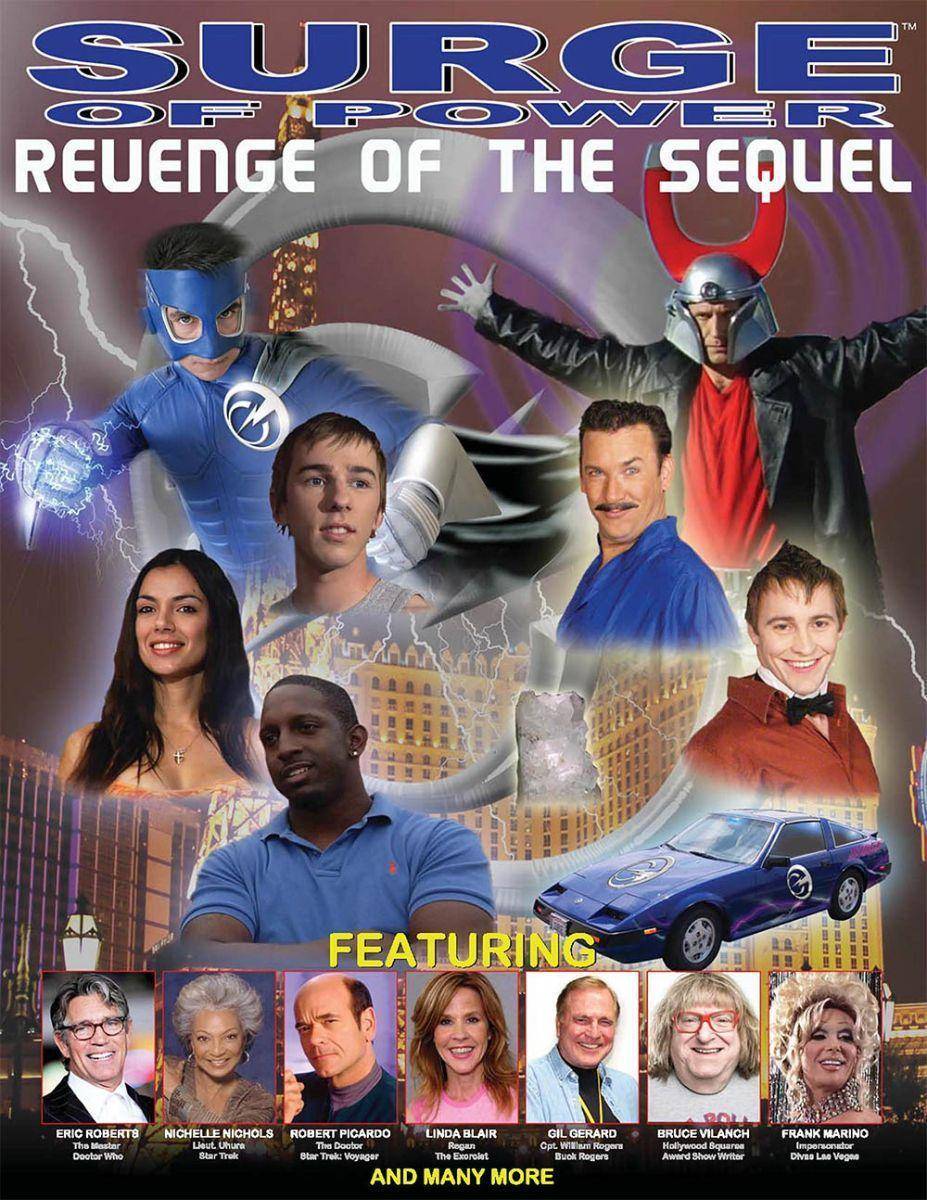 Colleagues of mine who were helping me promote The Stuff of Heroes kept nudging me to make a sequel. They kept saying, “You have to make a sequel; every superhero needs a sequel.” They said, “We’re filmmakers, too, we can bring down crew and help you shoot it.” So started the long path of making Revenge of the Sequel. 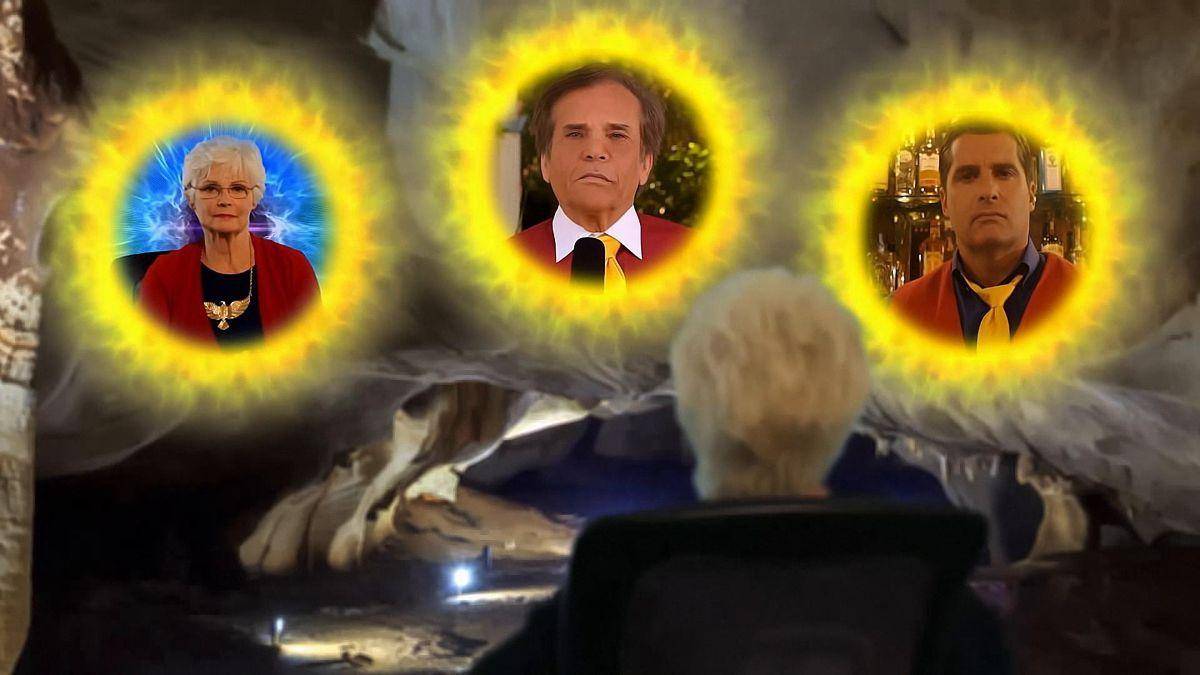 HK: What was your connection to the world of super heroes, prior to creating the the Surge of Power universe?

Vincent J Roth: I grew up watching the Super Friends cartoon on TV and the SHAZAM! and The Secrets of Isis TV shows. I’ve been reading comic books since Justice League of America issue #179. So, the Justice League is what started me. Now, you may have noticed, I have Wonder Woman (Shannon Farnon) from the Super Friends and Billy Batson (Michael Gray), alter ego of Captain Marvel from SHAZAM! in the Surge of Power sequel.

HK: Do you have a particular group of films or TV shows that you feel inspired your take on the superhero genre in such a humorous way?

Vincent J Roth: I was definitely inspired by the Adam West Batman TV show, hence the campiness and the celebrities popping in during the first Surge of Power movie. In the sequel, I wanted to be more conventional with the humor and I also wanted the celebrities more intimately woven into the fabric of Big City rather than just cameos. 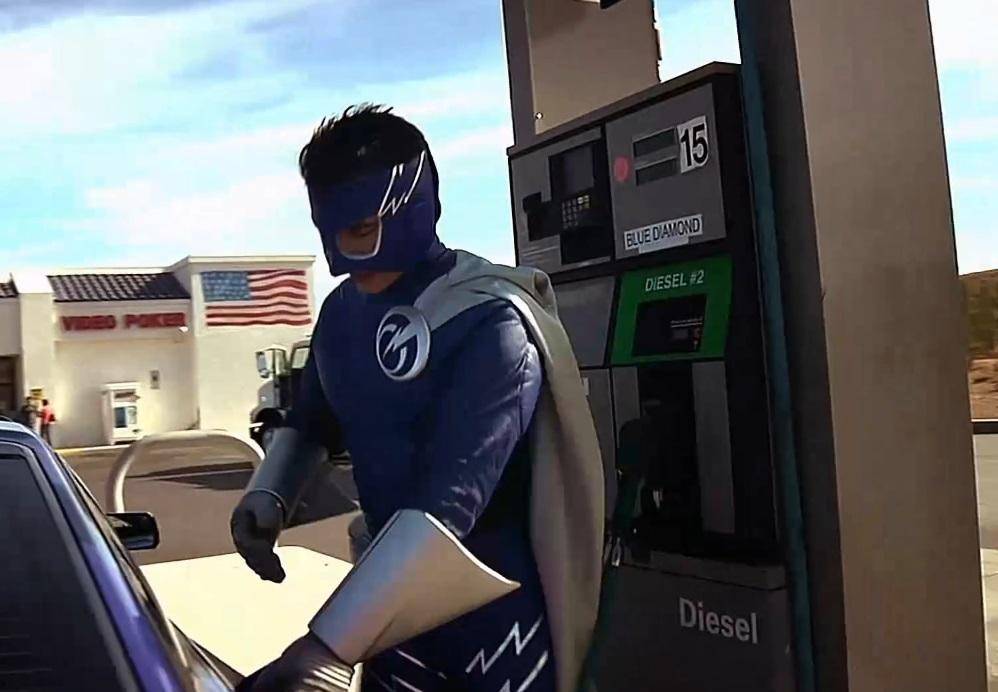 HK: What do you think Surge of Power: Revenge of The Sequel adds to the super hero conversation that film fans have not seen before?

Revenge of the Sequel shows Surge continuing to do those things that you just don’t see in superheroes movies – Surge using a restroom, stopping at a convenience store to shop for refreshments while crime fighting, pulling over to put gas in the Surgemobile (when do you ever see Batman do that?).

On the more serious side, we explore the importance of having a personal life while being a crime fighter and we face some poignant themes about acceptance of LGBT folk and how intolerance and rejection not only damages the individual, but diminishes the family and harms society. 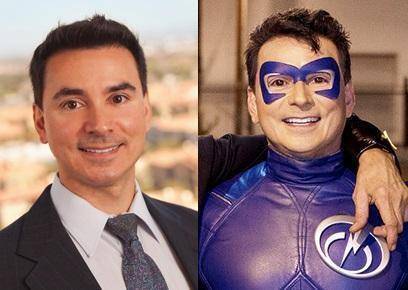 HK: How do you feel your secret identity as corporate attorney, Vincent J Roth plays into your portrayal of the likeable hero, sometimes goofy hero, Surge?

Vincent J Roth: I’m a bit animated in my lawyerly life as well as my superhero life, but running around in blue padded leather is definitely liberating from the more rigid, professional office life. I will say, my employers seem to like my superhero life. One of my CEOs and some coworkers came to see Revenge of the Sequel when it was screening in film festivals and comic/sci-fi conventions. 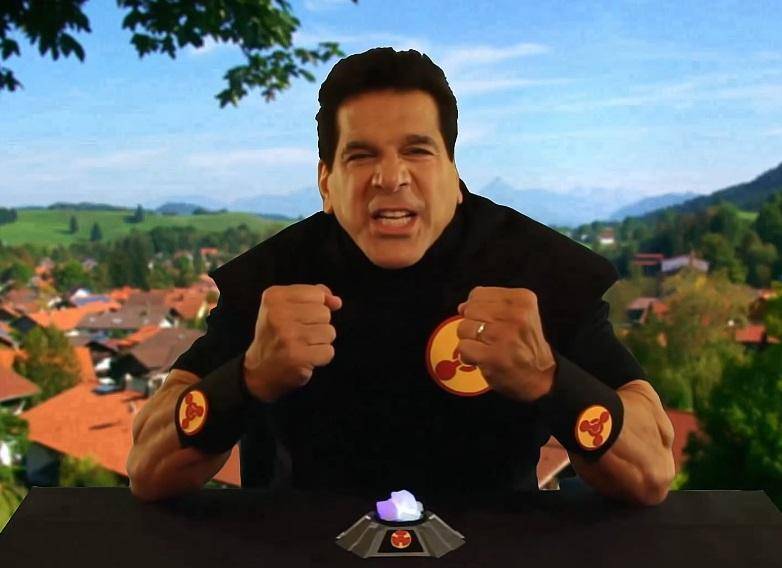 HK: This film is jam-packed with cameos by stars of sci-fi/superhero TV and film from the 20th century, what inspired you to put together such an ambitious cast list?

I wasn’t initially trying to reach 50 stars, but as the momentum built, the director and I decided to put a celebrity in every place we could throughout the movie. This is the 10th anniversary of the release of the first movie, so it seemed we should celebrate big. 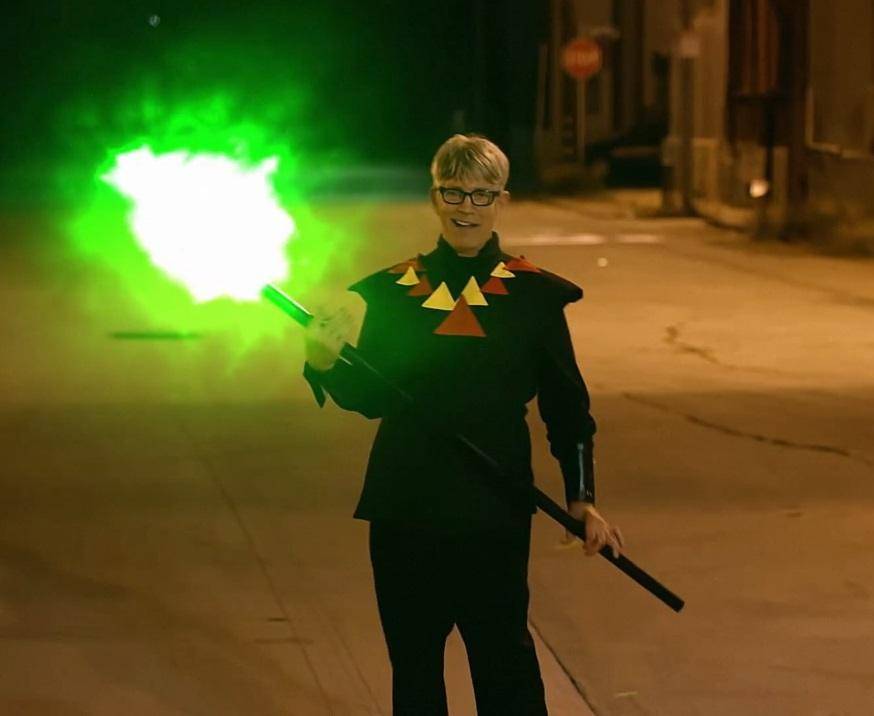 HK: Eric Roberts plays a significant role as the villain Augur and like the rest of your guest stars seems to be making the most of his screen time. How did you and director Antonio Lexerot go about inspiring these veteran actors to not “phone it in”?

Vincent J Roth: I think we made it clear to them what kind of movie it is – a comedy – and the importance that this is the return of cinema’s first out gay superhero, and having some notable predecessors – Nichelle Nichols (Uhura from Star Trek), Lou Ferrigno (The Incredible Hulk) and Noel Neill (Lois Lane from Adventures of Superman) – in the first movie, I think the newcomers knew we were serious about making a real movie that was not just a comedy but meaningful. 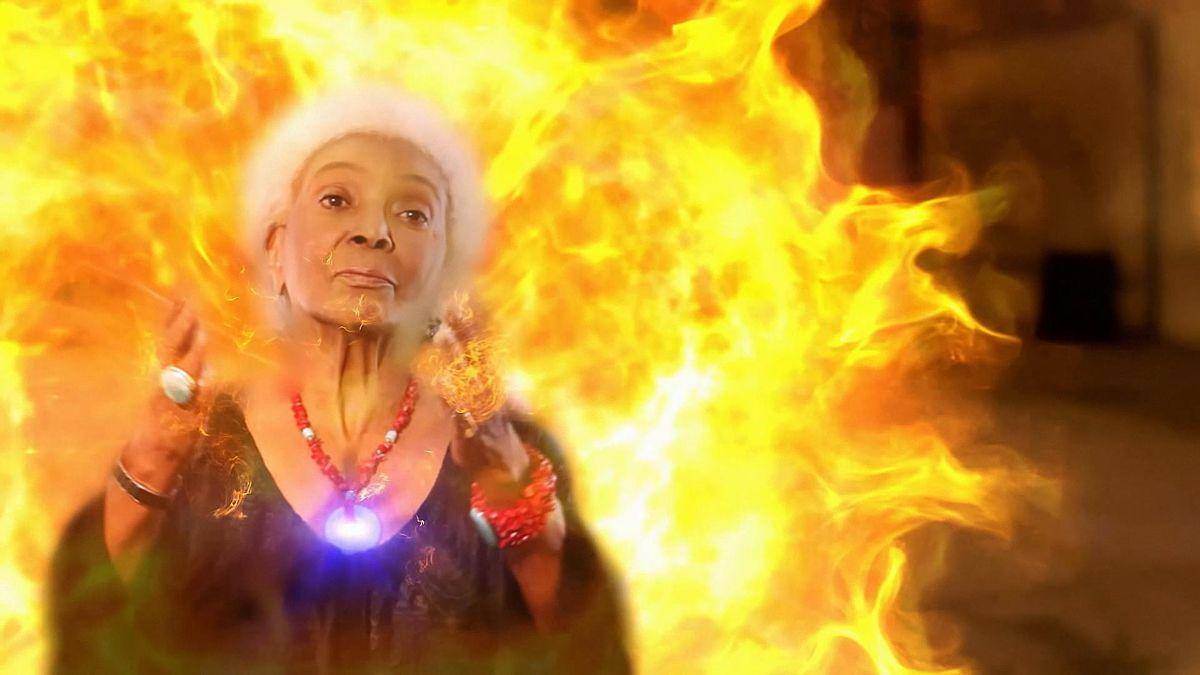 HK: Was there a particular guest star that meant a lot to you personally?

Vincent J Roth: Having Nichelle Nichols, Lou Ferrigno and Noel Neill each return for the sequel was a really big deal to me. It meant they liked what we did the first time around and wanted to work with us again. Nichelle’s participation is particularly poignant because of her legacy as the first black woman in a position of power (on the bridge of the Enterprise) and she took a shine to what we were doing by putting the first openly gay superhero on the big screen.

Nichelle is very special to us. She has already shot scenes with us for our Big City Chronicles web program and for the third Surge of Power movie, Call of the Champions. 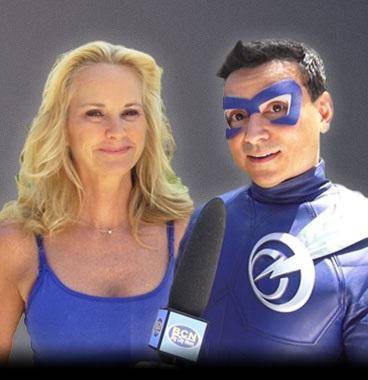 HK: A true fanboy moment for me was seeing the actors who portrayed Reed Richards, Sue Storm, Johnny Storm and Doctor Doom from the infamously unreleased 90s Roger Corman Fantastic 4 movie re-united on screen. Was that a goal of yours in conceiving the film?

Vincent J. Roth: I did not have this reunion in mind at first, but I knew I wanted to introduce the supervillain community known as “The Council” and that I wanted it populated with celebrities. Rebecca Staab (the original Sue Storm/Invisible Woman) was so nice to work with that we expanded her role, kept inviting her back, and put her on The Council and she helped us recruit her Fantastic Four friends. 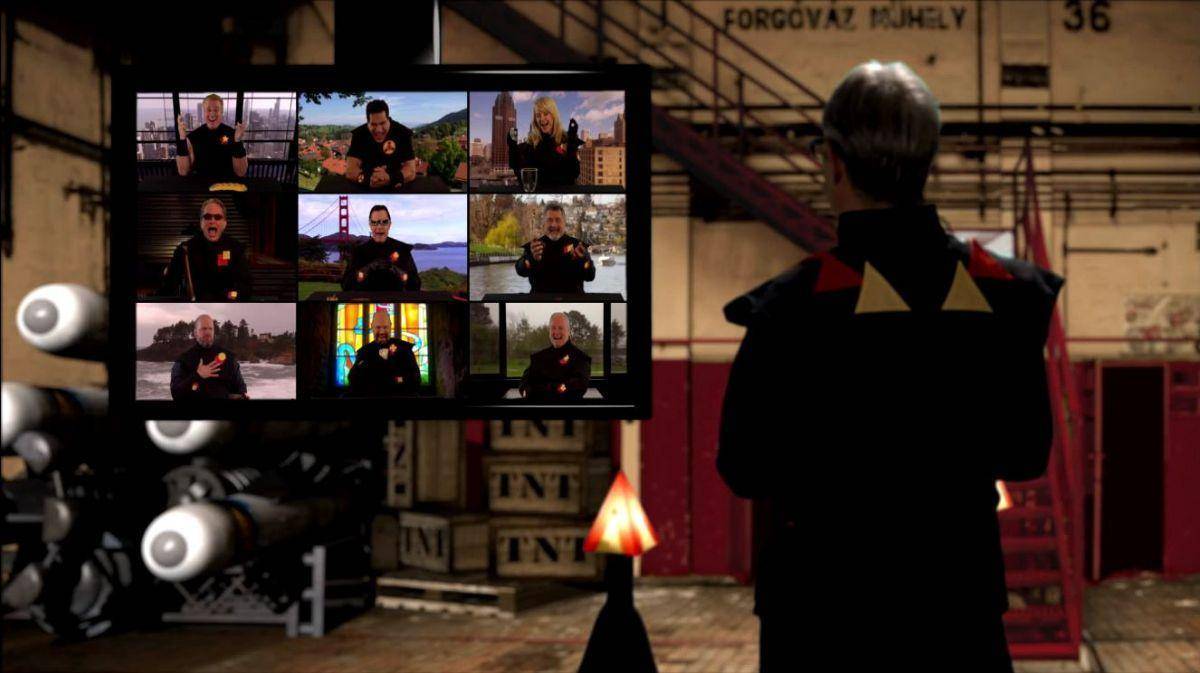 While we were at it, we figured we’d assemble the TV Avengers and put them on The Council as well – Reb Brown (Captain America), Lou Ferrigno (Hulk), Eric Allan Kramer (Thor) and Rex Smith (Daredevil). So, this was also a reunion, of sorts, for Lou, Eric and Rex to appear on screen together since the TV movies of The Incredible Hulk.

HK: The film ends on a cliffhanger suggesting that Surge will be joined by a team of heroes in an upcoming 3rd film. Is that already in production? When can folks look forward to a 3rd Surge of Power film?

Vincent J Roth: As mentioned, Nichelle Nichols has already shot scenes for the third movie, Call of the Champions, and we have already shot 4 other cameos. The movie is not technically in production, because I’m so busy with distribution on the sequel and we intend to re-release the first Surge of Power movie after the sequel is out.

However, yes, now that we have built out the world of Big City and introduced so many supervillains on The Council, the next installment is to see what happens when our gay superhero, Surge, tries to rally together a bunch of straight superheroes to deal with The Council. 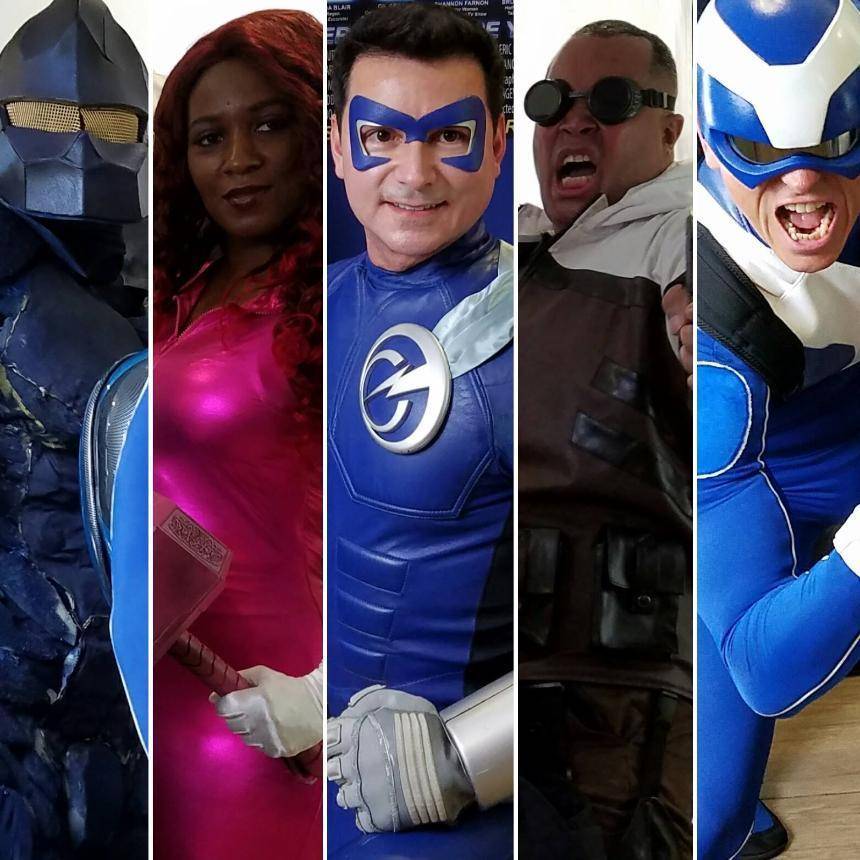 The other superheroes that are seen briefly at the end of the movie are all pre-existing characters from other artists who are linking up their universes with mine. Welcome to the “Indie-verse.” 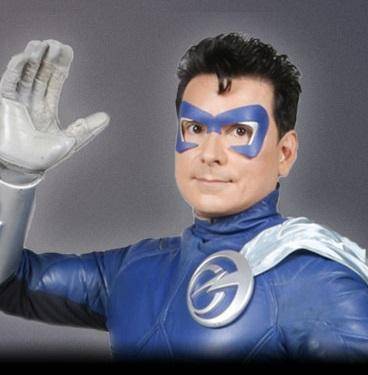 HK: Finally, what has been the most rewarding part of your filmmaking experience thus far?

It is really rewarding to see and hear mainstream audiences enjoy the movie – to hear them laugh at our zany superhero antics, pick up on the genre references, enjoy the celebrities and appreciate our message of acceptance and making a difference. It tells me I’ve done the right thing with Surge and that he’s “making a difference where he can.”

Surge of Power: Revenge of the Sequel is available now from Indie Rights Movies and is playing at theaters in select cities.

Visit www.surgeofpower.org for more information about the future of Surge.

Abrams Unsure If Shatner Will Be In New Star Trek Films