Sonic at the Olympic Games: Tokyo 2020, Coming to Android & iOS 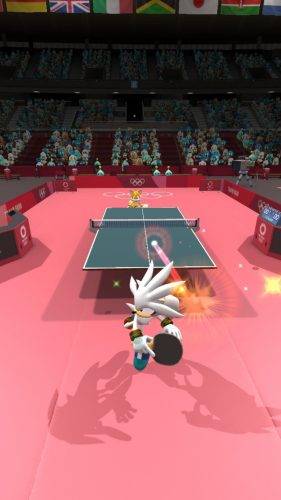 On Friday, Sega announced that the official mobile game of the Olympics, Sonic at the Olympic Games – Tokyo 2020 is heading to Android & iOS. Now, the game will officially be launching on mobile devices on May 7, 2020. However, fans of the franchise can pre-register now to obtain rewards; like most mobile games, the amount of the rewards depends on pre-registration goals. Thankfully, we also have the full list regarding the registration goals:

For those interested in pre-registering for the game, please go here.

In addition, we have a trailer for the game, that was made available on SEGA’s YouTube Channel. Furthermore, the game will feature 15 Olympic Games events, including new events like Karate and Climbing. Then as for other game features, they include “Extra Events” that host gimmicks from the Sonic universe. Finally, the game’s leaderboards will allow players from all countries to compete against each other across devices.

Also, if fans of Sonic are not into mobile games, then go check out Mario & Sonic at the Olympic Games: Tokyo 2020! The game is currently on sale for the Nintendo Switch console!

Ghosts’n DJs for Mac Kingdom Under Fire: The Crusaders Arrives on Feb 28th for PC

A Whole Lotta Sonic Is Speeding Our Way

In 2019 Ryu Ga Gotoku Studio, the team behind the best-selling Yakuza