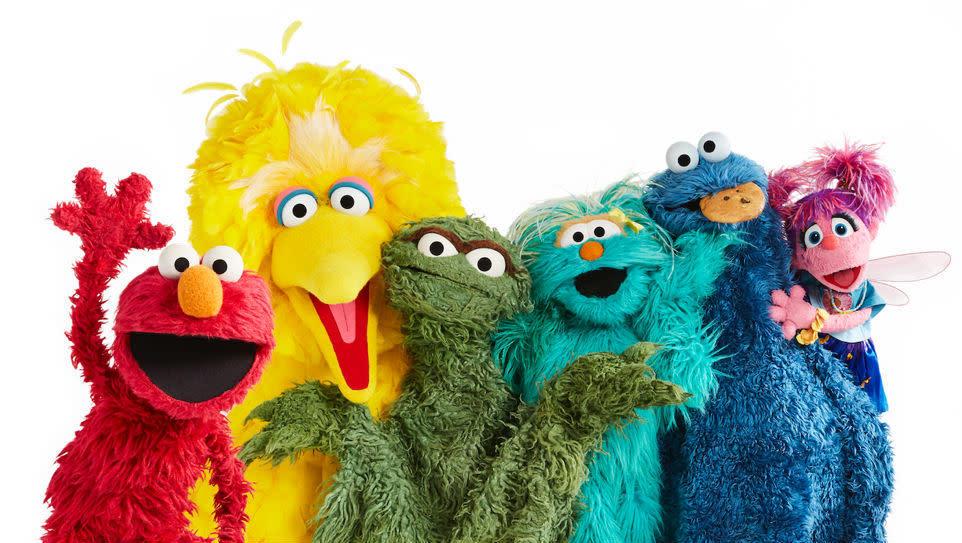 We can tell you how to get to Sesame Street, but you’re gonna have to pay. A few years ago Sesame Workshop, unable to keep the series humming on a PBS budget, entered a deal with HBO to produce episodes there and premiere them on PBS later. But as you know, Warner Bros. has been preparing the streaming service HBO Max to launch in the spring of 2020, and they need appealing and exclusive content. So….yoink! Sesame Street is an HBO Max thing now.

But the deal involves much more than just the original show (which has been renewed for five seasons). It also includes new TV specials, spinoffs, documentaries and archival content. There is a LOOOOT of Sesame Street coming to HBO Max. You decide if it’s worth the hefty price.

One of the more bizarre announcements in this deal is a late-night talk show hosted by Elmo. How is that going to work? Will it be a Space Ghost kind of deal? Will Elmo be standing in a suit and giving monologues on politics? “ELMO HEAR ABOUT THIS! TRUMP IS FACING IMPEACHMENT. ELMO THINKS PEACHES ARE YUMMY!”

Speaking of Elmo, there are a lot of grown-ups now who hold fond memories of the original series and wish the red monster hadn’t sucked the soul out of it. Between Oscar, Cookie Monster, and reporter Kermit the Frog, the show used to have a smart edge — which has dulled over time as Henson’s influence has faded and the series has changed hands (also, Kermit’s not allowed on the show anymore). Is there any hope of seeing that version again?

Kinda. The new deal grants HBO Max streaming rights to all 50 years of Sesame Street — that’s over 5,000 episodes of content! BUUUUUUT they mention “a broad collection” from this library will be made available, not the entire thing. Though there is the promise that some of the episodes are being made on-demand “for the first time ever,” it could be so much more. The original Sesame Street has not been seen since the early 2000s, when cable channel Noggin threw together 13 random episodes in the “Sesame Street Unpaved” series.

A Sesame Street hub will help families and fans access all-things-Sesame on demand, including:

HBO Max launches in the spring of 2020 and the 51st season of Sesame Street will premiere there, then appear on PBS. The 50th season will continue to run on HBO until then.

ABC Greatly Expands The Offerings On Its Streaming App

Mr. Robot Is Finally Back, And Here’s The Trailer To Prove...

The Ultimate Simpsons In A Big Ol’ Box