I remember what it was like eleven years ago when Scott Pilgrim Vs The World was first released. There was hype among the nerd crowd before the film was even out, but on opening weekend, it was up against “The Expendables,” an action throwback picture starring a slew of 80s-tough-guy-movie veterans, and “Eat Pray Love,” a Julia Roberts vehicle for the Oprah crowd. On the surface there wouldn’t seem to be much overlap between the intended audiences for those films, so Scott should’ve had the all-important youth market sewn up, right? ….Didn’t work out that way.

Watching Scott Pilgrim flop was painful (like getting your heart kicked in the ass, to use a Pilgrim-ism), but it eventually found its audience — and classic status — through home video releases (movie rental was still a thing back then). And now it has a second chance to make some box office bread. Just as theaters are beginning to open back up in the US, Scott Pilgrim Vs The World is returning to the big screen, and this time, he means business.

The movie will be the same, but the sound will be oomphed up with a Dolby Vision and Dolby Atmos remaster. Because of this, the release is exclusive to theaters with “Dolby Cinema” branding, which unfortunately might make showings hard to track down.

“Scott Pilgrim vs. The World was designed for the big screen and for the best sound systems,” says director and producer Edgar Wright. “To be able to see it with the best specs is obviously any filmmaker’s dream. You want people to see it as good as it could possibly be. I suspect that if you’re a fan of the movie, you’re going to get such a kick out of seeing it like this.” Assuming we can.

To commemorate the updated version, a brand-new poster has been released, with a tagline that very probably would have been used in 2010 (“An Epic Comeback of Epic Epicness!”) Note that some of the Evil Exes have been bumped from the poster and replaced with faces that became famous after the movie’s release, like Aubrey Plaza and Brie Larson. 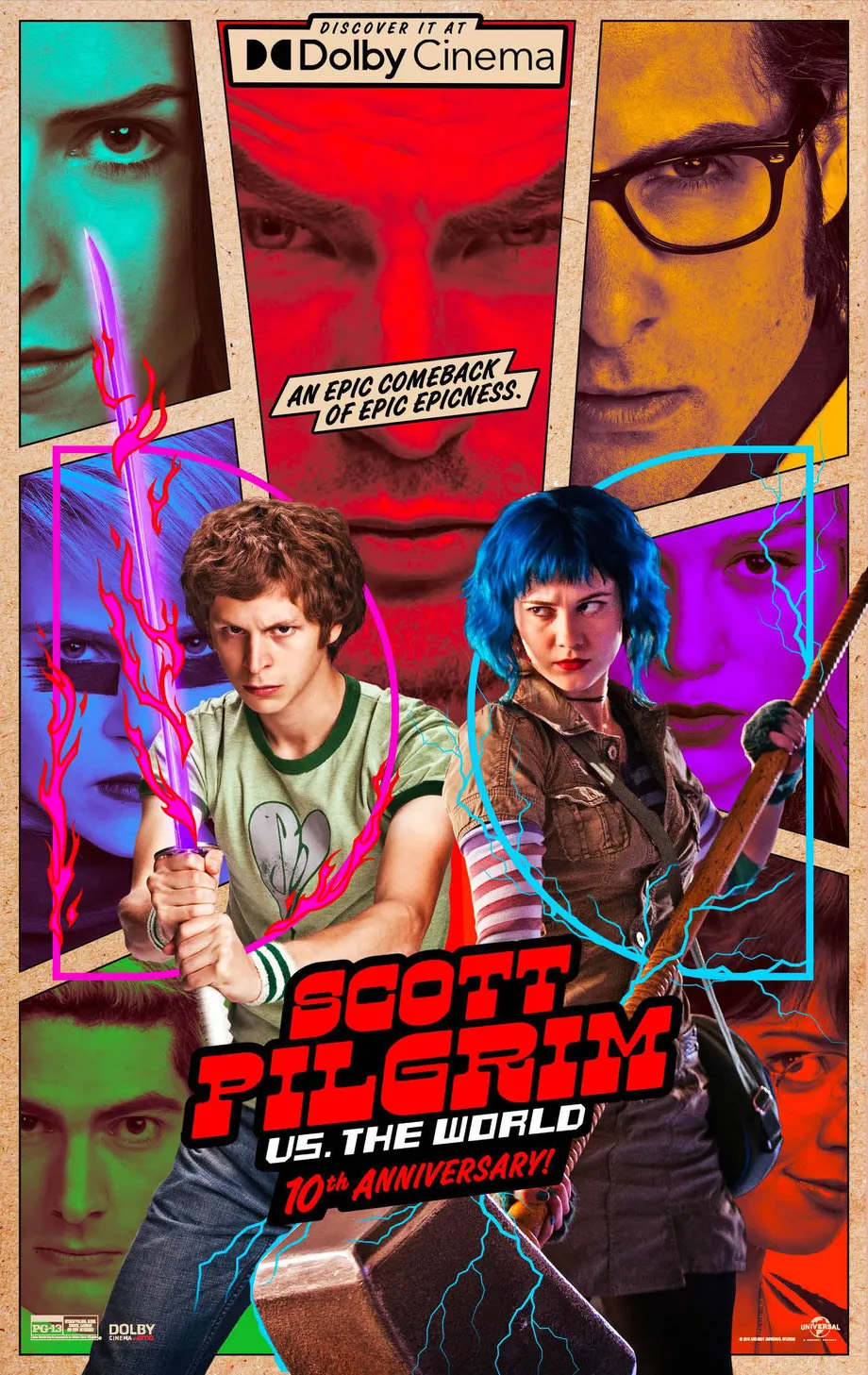 Scott Pilgrim Vs The World starts playing April 30, for one week only.

Scott Pilgrim Is Finally Getting Animated