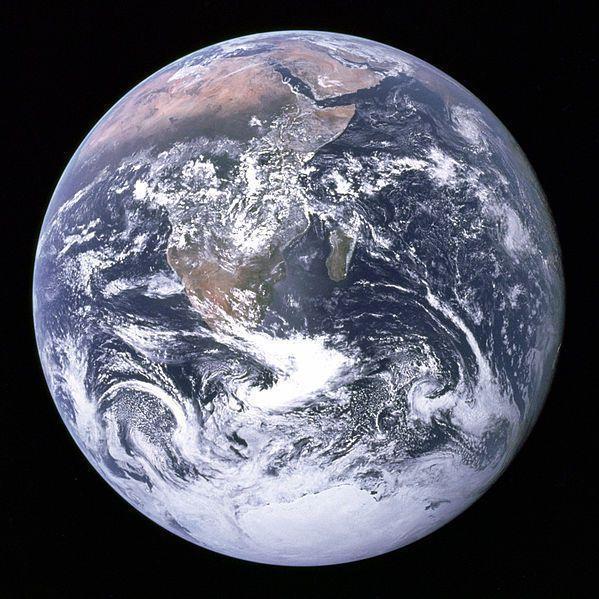 The earth’s magnetic field has completely reversed itself, flipping the magnetic pole from north to south or vice-versa, more than once during the planet’s history. Scientists have long thought these flips took thousands of years to accomplish, but evidence shows the last flip about 786,000 years ago was completed in less than 100 years.

A team of scientists came to this conclusion after studying data gathered on the magnetic field alignment of ancient lake sediments in the Sulmona basin of the Apennine Mountains east of Rome, Italy. Scientists were able to find and date the layer showing the reversal, and were surprised to see how quickly it happened.

“What’s incredible is that you go from reverse polarity to a field that is normal with essentially nothing in between, which means it had to have happened very quickly, probably in less than 100 years,” said Paul Renne, director of the Berkeley Geochronology Center and a UC Berkeley professor-in- residence of earth and planetary science and a co-author of the study. “We don’t know whether the next reversal will occur as suddenly as this one did, but we also don’t know that it won’t.”

Although no major catastrophes have been found to be associated with past reversals, for our modern world they would be a much bigger deal than compasses suddenly pointing north instead of south. Before a reversal the Earth’s magnetic field weakens and might even temporarily disappear, taking away much of our protection from the harmful effects of solar and cosmic radiation. Without that protection the radiation would cause havok with electrical equipment and cause higher rates of skin cancer and mutations.

Recent studies show that the Earth’s magnetic field has been decreasing 10 times faster than normal, leading scientists to expect a reversal within the next few thousand years. The Italian findings also show that before the rapid flip there were periods of magnetic instability that lasted for 6,000 years and included long periods of low magnetic field strength, so even though the flip happens rapidly we may have to deal with the preliminary effects for a long while.

“We should be thinking more about what the biologic effects would be,” Renne said.