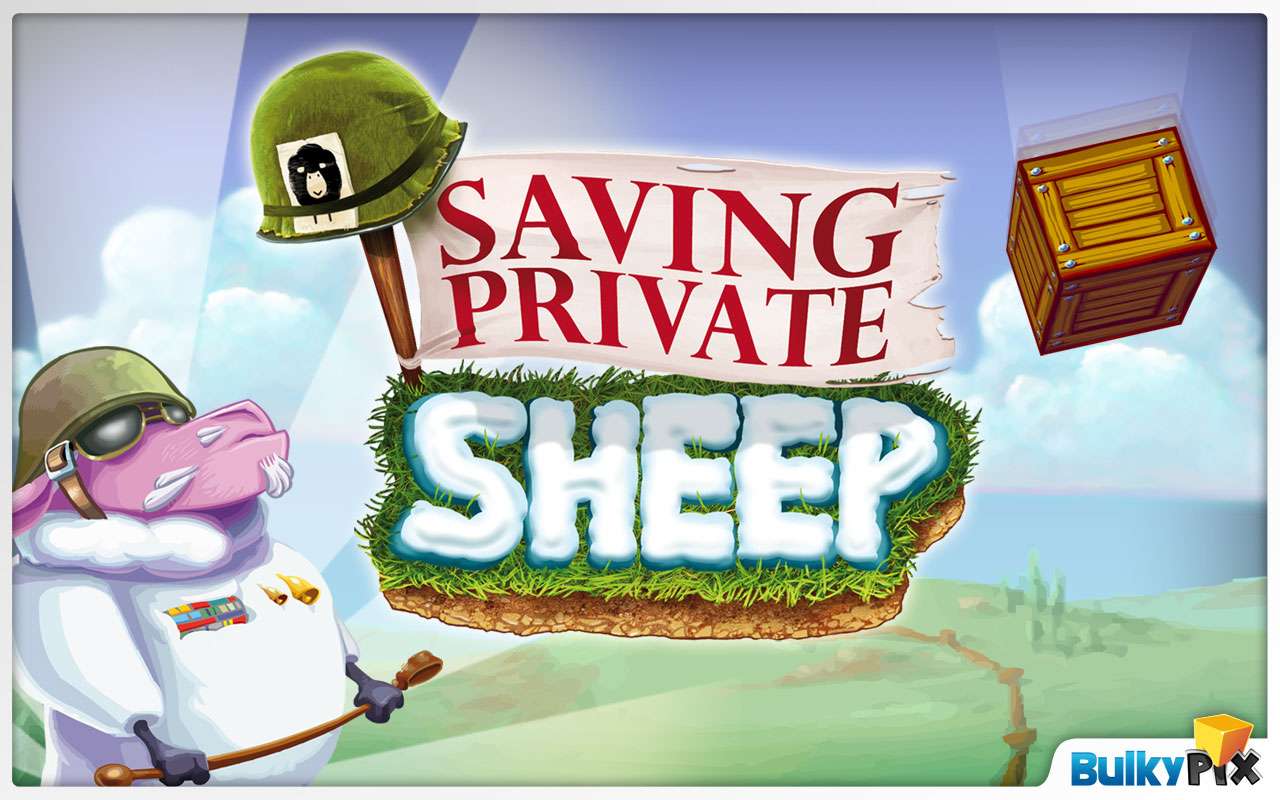 Bulkypix, today announced that its distinctive action-puzzle game, Saving Private Sheep, is now available on Mac. Saving Private Sheep has been a favorite with games since it launched, has a huge following, with over 700,000 gamers worldwide dutifully engaged in this war between sheep and wolves. Saving Private Sheep is a physics-based puzzler in which you have to save sheep from wolves by tapping various wooden objects in a scene and blowing them up to try and land the pentagonal sheep safely on the ground.

The Mac version of the game features over 200 brain busting puzzles, 50 of which are exclusive to Mac platform.

A high amount of detail has been paid to the design of the characters and environments. Every avatar is displayed as a cartoon caricature, while the scenery is accurately physically modeled to create an unlimited variety of explosive fun. Easy-to-learn controls combined with a steady difficulty progression rewards gamers possessing accuracy, skill and patience.

The MSRP of Saving Private Sheep is $9.99. Anyone who wants to dive into this hugely addictive game can download it from the App Store.