Rugby fans have had something of a rough deal when it comes to video games. The popularity and more widespread appeal of sports such as football, golf, tennis, motorsport, and the NFL, means that developers and publishers have largely concentrated on these when it comes to creating titles for people to play. Whether it is running your own team in the likes of Football Manager or jumping straight into the action in ultra realistic simulations as is the case with Madden, there is something to keep most sports fans happy.

That isn’t the case for either code of rugby, though, as there have been few quality titles to feature the oval ball in recent times. Unfortunately, those that have released for modern platforms have more often than not been noted for their lack of quality rather than stellar gameplay. The question is whether Eko Software has been able to right these wrongs. 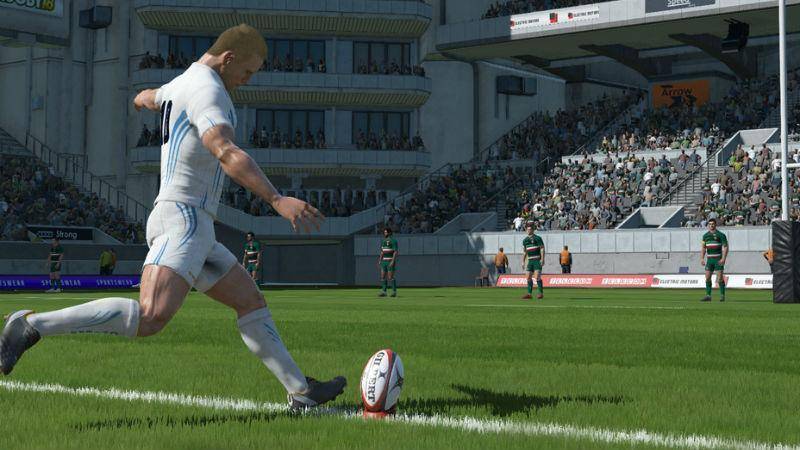 In short, the answer is a definitive no. While Rugby 18 is better than many of its most recent predecessors it still fails to capture the essence of the sport and translate it into a game that is actually fun and representative of actual rugby.

For instance, there’s a massive problem with the A.I. that makes Ruby 18 infuriating at times. The main issue here is with positioning. At rucks, your own team mates will seemingly always want to line up at close quarter, giving you few options to play expansive rugby out to the wings. Although there are options to play around with how the backs spread out at set pieces, it s far too fiddly and takes so much time to do that is just isn’t a viable option. Invariably, this means that most games quickly descend into just playing short passes into big players who will then crash into the defense in the hopes that they can break a tackle. The opposition players also have some problems. You’ll certainly notice them make daft decisions over and over again.

The end result of all of this is that you’ll struggle to have any real flowing rugby o display. Most games tend to end up being low scoring affairs with little in terms of excitement. The mere fact that you can’t run the ball effectively and pass it out to the backs without them either being in the wrong position or dropping the ball will cause endless frustration.

Set pieces all have their bugbears as well. Rucks only allow you to put one man at a time into them, making them seem like the players are all waiting for invitations. Considering rucks are meant to be fast paced and violent encounters, where both sides are frantically battling for possession of the ball, this rather pedestrian mechanic takes out all of the excitement. Similarly, scrums and line-outs do not resemble their real life counterparts in anything but look. They are both slow and predictable and basically offer nothing to the game other than padding out the time. This is especially true with the lifetime it seems to take for scrums to actually get going. 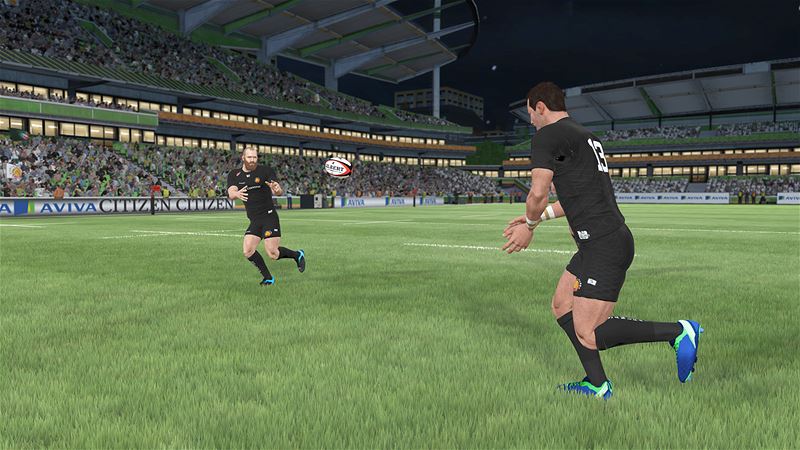 For those looking for some sort of challenge, Rugby 18 is likely to disappoint. As previously mentioned, the A.I. likes to make baffling decisions, like passing when they can easily run in to score a try, and will inevitably make enough mistakes to allow you to win any game. The penalty system makes scoring kicks laughably easy while simply putting any pressure on the opposition within 10 meters of the try line will result in the ball being grounded.

Despite some official licenses, allowing it to use the likeness of players and kits or names from clubs around the world, Ruby 18 looks like a mess. This shouldn’t be that much of a surprise given than it certainly doesn’t have the budget of sports titles made by EA or 2K Games but it is still galling to see how far behind it is compared to the rest of the competition. It looks very much like a game from a different era. What is so disappointing is that indie titles have managed to pull off something aesthetically pleasing without breaking the bank but by opting to go for the realistic look, the developers have just highlighted the limited means they had. Rugby 18 might have been much better served going with a more distinctive art style.

The sound design also feels halfhearted. Although the sound effects sound authentic there’s little to get excited about either in-game or when going through the menus. The worst part is the commentary. It just feels lazy and lacking of any passion – something which transfers into the action on the field, giving everything a rather stale feel. The obvious conclusion is that the commentators simply sat in a booth and read out lines that were prepared for them rather than being allowed to come up with their own dialogue. 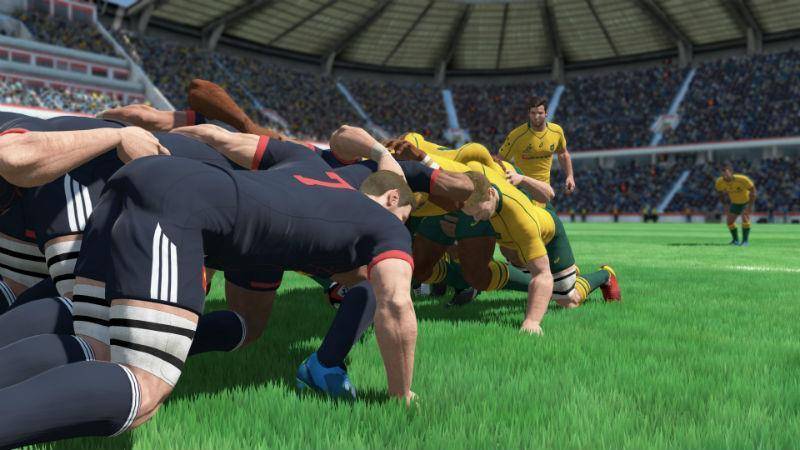 The truth is that this is a game that only diehard fans of the sport will probably want to play but even they might want to stay away from this. It is far from a true representation of the actual sport and will probably only end up frustrating those who actually understand the game more than those haven’t the faintest idea of how to play rugby. Unfortunately, Rugby 18 hasn’t fulfilled the dream of the many rugby fans around the world.