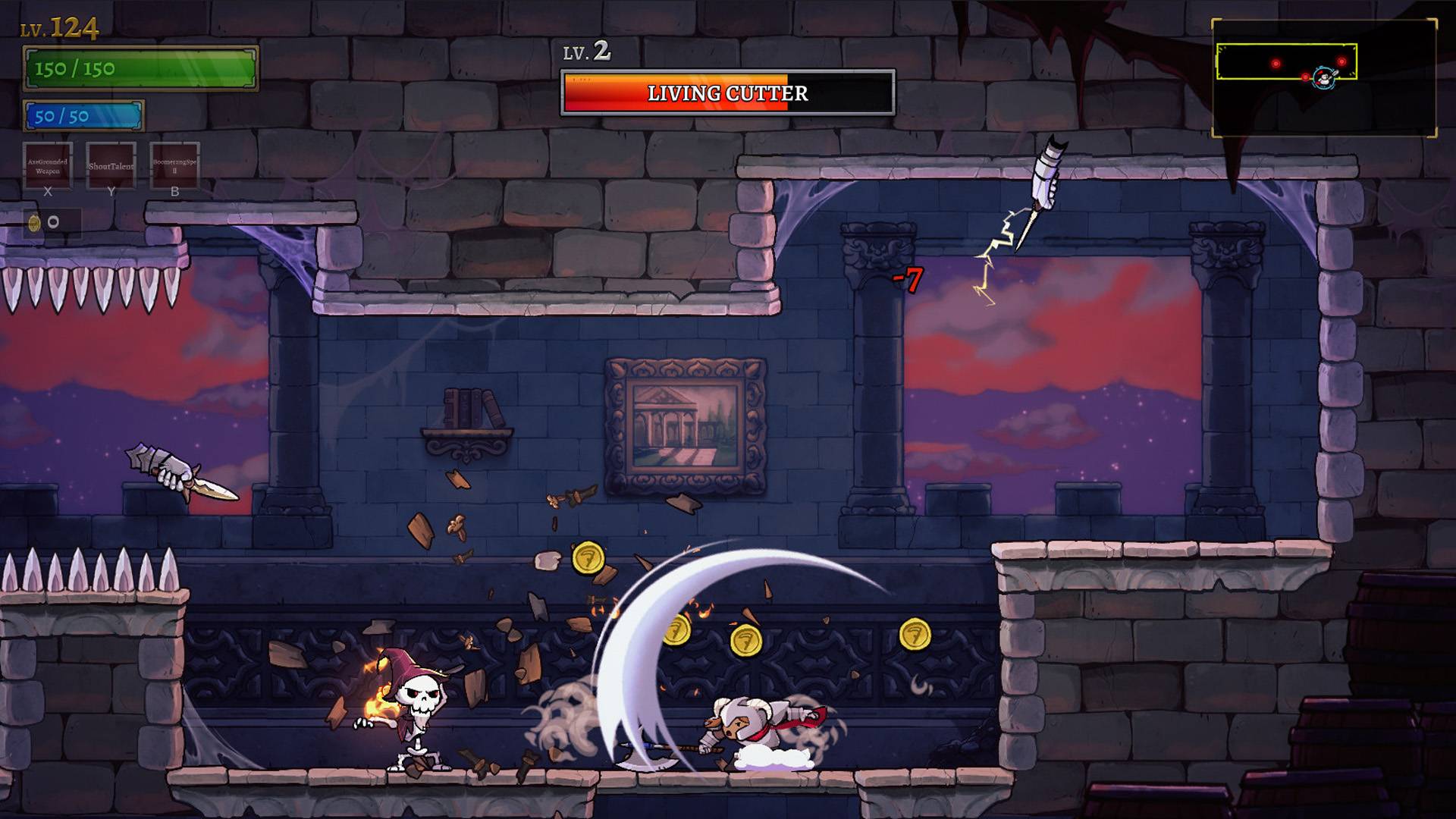 One month from now, we will know what Rogue Legacy 2 is like…an early version of it, at least. The first trailer appeared online today.

The original Rogue Legacy was a big hit, released by Cellar Door Games in 2013. Its addictive gimmick expanded on the roguelike formula by rebooting your character each time they perish. Not only were the environments different, but so was your guy.

Rogue Legacy 2 will build upon this formula with revisions both in gameplay and in visuals. The original used pixel art, but the sequel will bump things up to high-res knights roaming through 2-D backgrounds of hand-drawn art. And this time when you lose a character, you’ll get to play as one of three descendants…who won’t all be the same.

Not everyone will have a sword….some will wield axes or shoot arrows from bows. Some types of characters will have extra talents or powers. They’ll also have diverse personality traits. If you don’t like what you get, jump off a cliff and regenerate, regenerate again.

Rogue Legacy 2 will enter Early Access on both Steam and the Epic Games Store July 23.

Rogue Legacy 2 is what you’d get if you mashed Rogue Legacy and a sequel together. Every time you die, your children will succeed you, and each child is unique. Your daughter might be a Colourblind Archer, and your son could be a Pacifistic Chef. Either way, one of them is getting conscripted.