One of the nice things about the New, Rebooted Star Wars Extended Universe is that writers are finally free to experiment with new characters, or new backstories for old characters. Doctor Aphra probably wouldn’t exist otherwise. Invented during Kieron Gillen and Salvador Larroca’s run on the Darth Vader comic book in 2016, Aphra was introduced as an assistant to Lord Vader and came with two droids much like C3PO and R2-D2 only frequently sociopathic.

Doctor Aphra eventually betrayed her master and fled, along with the droids, into her own spinoff comic book — which, unlike Darth Vader, is still going to this day. The fact that an original creation like Aphra can support her own ongoing book in such a tough market, while Vader himself cannot, should tell you something. Aphra is awesome.

It is really only a matter of time before this character bleeds into other media, and it starts today with the announcement of an official Doctor Aphra collectible figuine. Sized at 3.75″-scale, Aphra is part of the “Vintage Collection” line from Hasbro that recreates the classic action figures of the late 70s and early 80s, but with new molds and poses (and sometimes, new characters entirely).

Eventually Aphra will be sold by her lonesome, but she’ll debut in a 3-pack along with BT-1 and 000 (her droids) in a special set which will make its debut at San Diego Comic-Con later this year. It’ll also be sold at a few other conventions, but if you can’t make it to any of them, the remainder of the stock will eventually be for sale on Hasbro’s website while supply lasts. 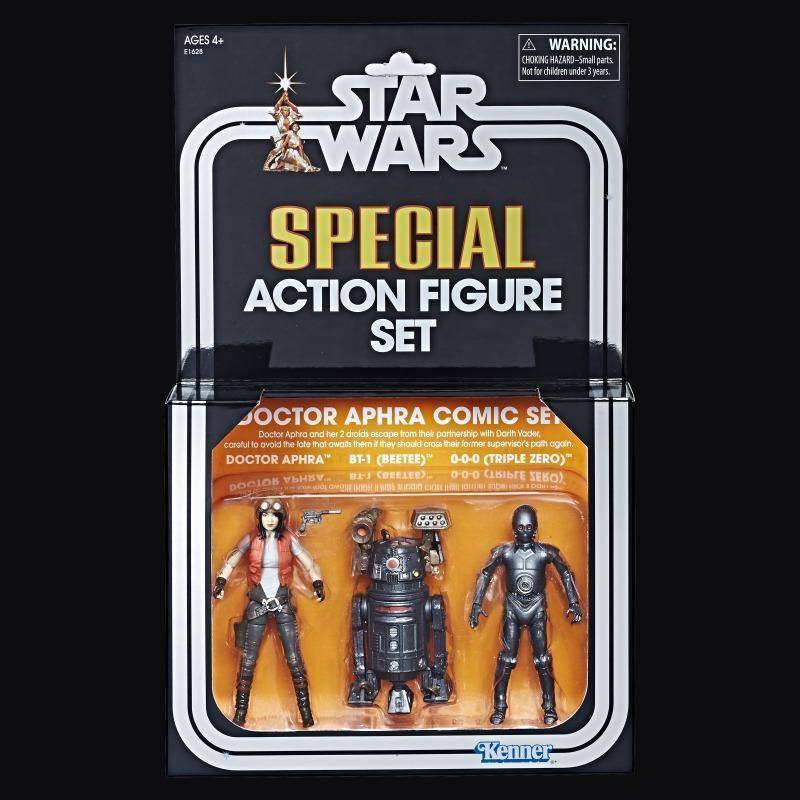 It’s that time of year again…..a few hours before E3, which means

Everything You Need To Know About The Playdate