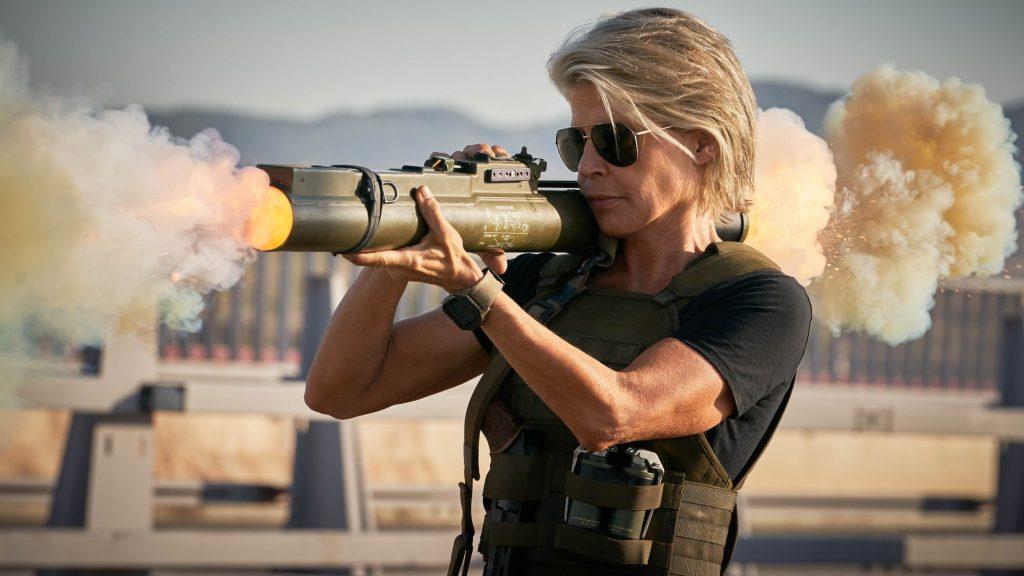 The date of the apocalypse in Terminator 2 was said to be August 29, 1997. That date came and gone, but Fox figured the world’s most recent August 29 — yesterday — was a good time to release a new Terminator Dark Fate trailer. (And if they ever try to make a “Terminator Holiday” in the vein of Star Wars or Aliens Day, this is probably the date they have in mind.) So here it is, on the Day After Judgment Day…a new peek.

Director James Cameron, who brilliantly executed the first two films, is finally returning and ignoring every bit of nonsense that happened between T2 and now. The Connors did indeed prevent the Rise of the Machines in 1997….so what are they doing back all of a sudden? And is that really the T-800? How? We last saw that thing giving the thumbs up as it melted.

Cameron said in an interview with Deadline that he’s been very hands-on with the project, though he is not directing (that job’s fallen to Tim Miller). “I focused on getting the script punched up. I didn’t feel like we went into the shoot with the script exactly where it should have been…the script wasn’t where it needed to be so I quietly worked on it in the background and shipping out pages. Sometimes I was shipping out pages the day before they shot a scene. I’m not sure that was 100% always helpful but overall I kept the characters on track and sounding right and being where they needed to be.”

Cameron once avoided sequels in most cases, but he’s sure embracing them now. He’s had multiple Avatar movies in development for many years, and he said Dark Fate could open itself to a trilogy easy. “We rolled up our sleeves and started to break out the story and when we got a handle on something we looked at it as a three-film arc, so there is a greater story there to be told. If we get fortunate enough to make some money with Dark Fate we know exactly where we can go with the subsequent films.”

The Black String Comes To DVD And VOD September 24

Hellboy Is Back With The Reboot’s First Trailer

Timeless Will Be Back….One Last Time