N+ was one of the most highly acclaimed indie platformers of the last generation. With its deceptively simple controls and concept, it managed to dazzle players across the Xbox Live Arcade and other platforms. Thanks to a distinctive style and increasingly complex levels it was also able to become a game that critics recommended to everyone. In that sense, N++ has plenty to live up to if it is to be considered a success.

The title works in almost exactly the same way as its predecessor. You are a ninja who will die if they hit any sort of enemy or dangerous obstacle. Falling with enough speed is also deadly, as is running out of the gold metabolism. This means that you have to avoid being hit whilst making it to the exit and collecting as many gold pieces as possible to increase your lifespan. The only tools at your disposal are the ability to run and jump. 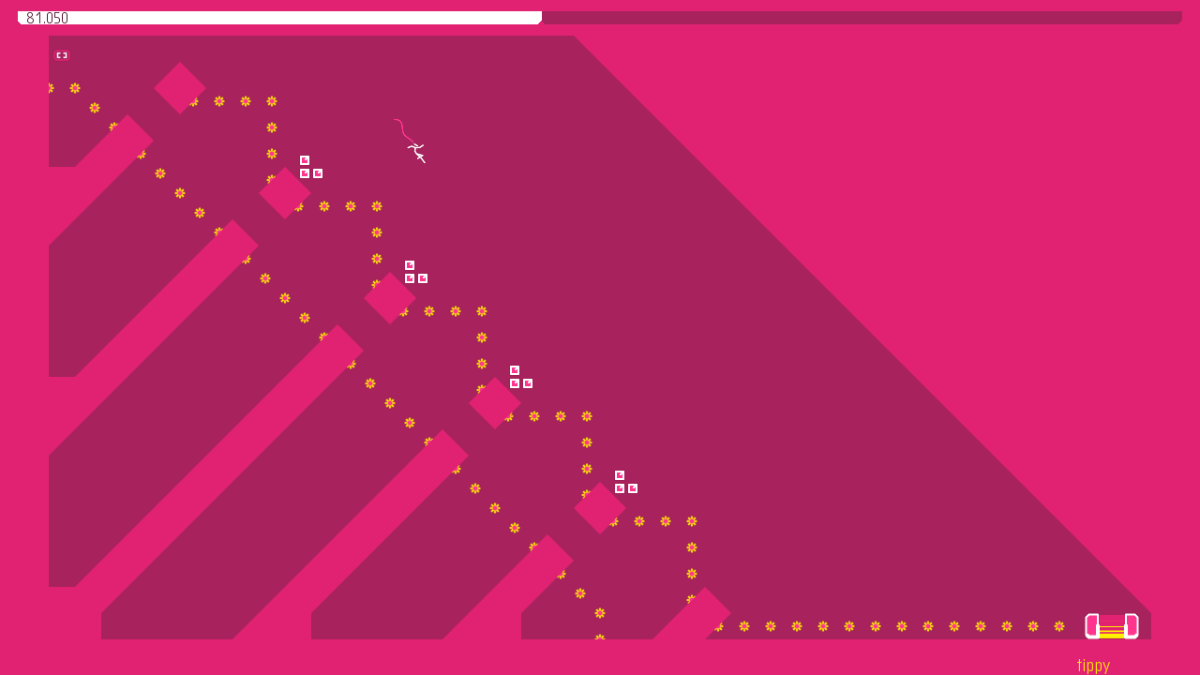 The main challenge comes from making it to the exit. There are often a number of obstacles in the way to make this increasingly more difficult. These can range from doors that have to be opened by reaching a certain switch, to bombs and guns that will attempt to blow you up as quickly as possible. As mentioned earlier, the only way to avoid these is to doge them by jumping or climbing over them.

The trick to N++ is that you have to master your own movement, both on the surfaces that surround you and in the air. This works because of a sophisticated physics system that is in place. Running fast and then jumping gives you a certain amount of momentum and the key is to understand exactly how much you need to traverse around the different levels. What becomes even more important as you progress throughout the main levels is that you will have to use your momentum in interesting ways, like sliding down onto slopes, to make it across certain gaps or get high enough to collect gold. 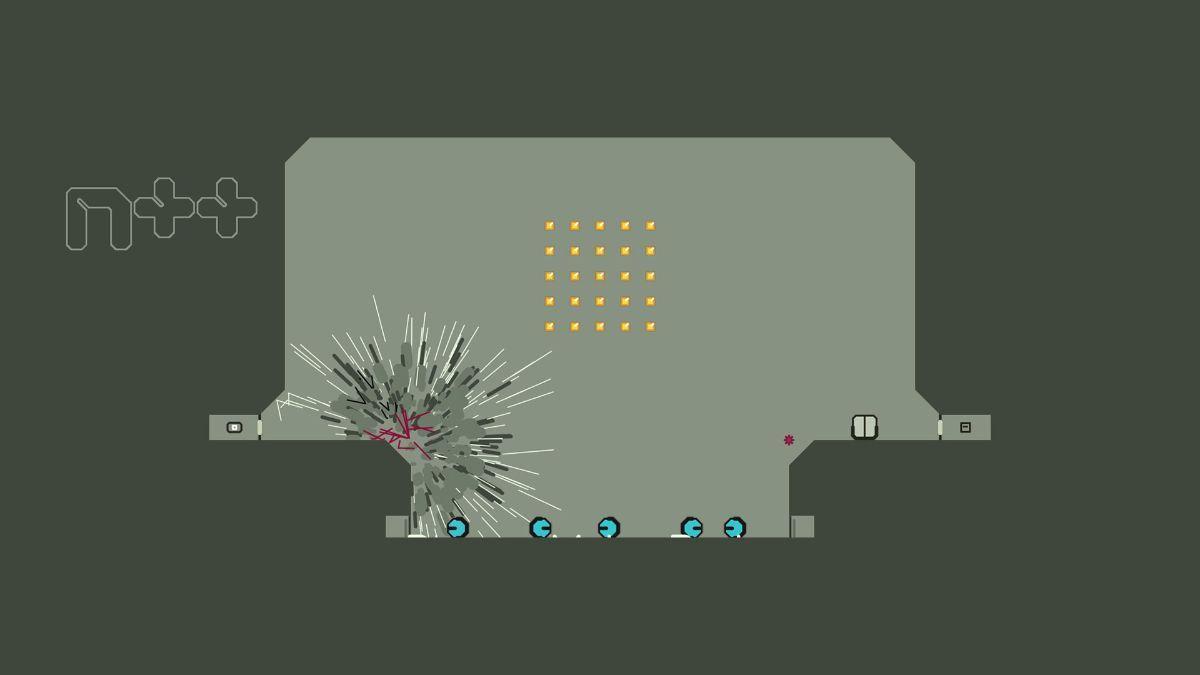 The two most important aspects that a game must get right for this type of gameplay to work correctly is for the physics to remain consistent and for the controls to be as precise as possible at all times. These are essential qualities for all platformers to ensure that they are fair and not too frustrating for the player. N++ manages to balance both of these beautifully. The controls are responsive, making every movement feeling tight and purposeful. Thanks to the fact that ti works so well, it allows you to react to everything on screen and feel rewarded when a level is completed.

Speaking of levels, N++ has an extraordinary amount of content. While its predecessor wasn’t exactly short of diverse levels, this sequel is filled to the brim with content that puts most other games to shame. There are hundreds of levels on offer and a brilliant creation toolkit that lets the community create even more. The developers have done a great job of not just supplying a huge amount of levels but also of making them distinctive enough so that they don’t become boring. With the addition of a four-player co-op campaign and a few sets of incredibly challenging stages, there should be plenty to keep players entertained for dozens if not hundreds of hours. 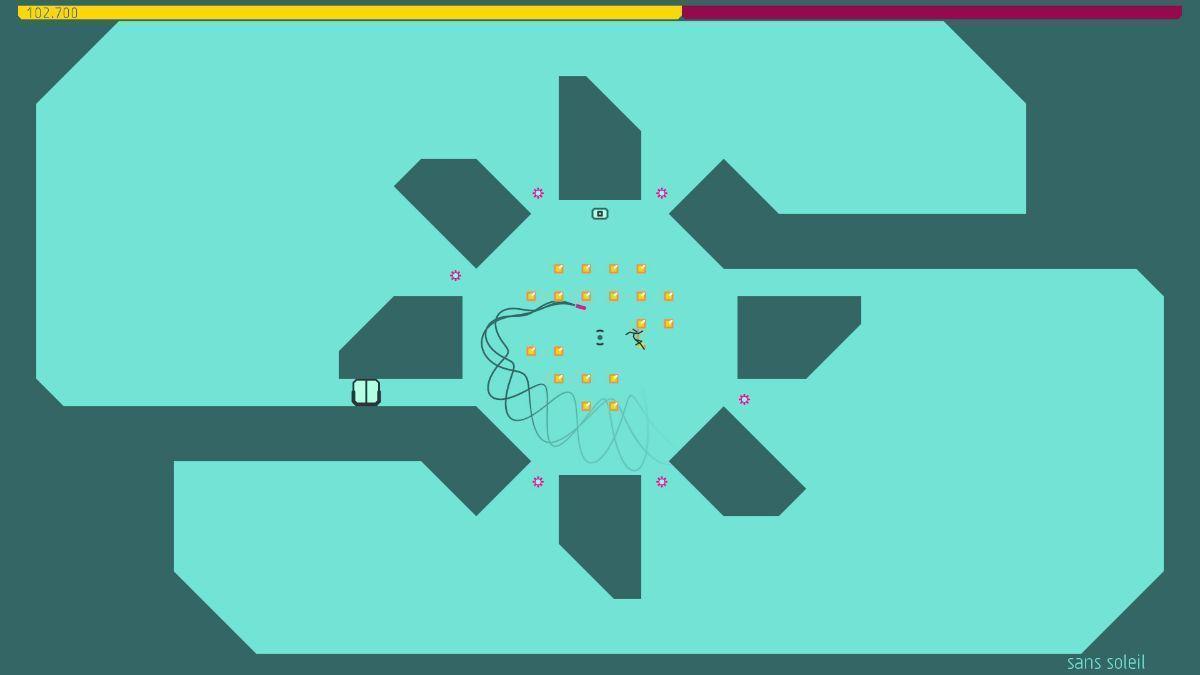 One of the ways in which this title has noticeably improved over N+ is in terms of presentation. Rather than stick with the relatively bland gray color scheme that was present in the first game, the team have gone all out to make N++ far more colorful. The different campaigns all have their own unique styles, ranging from vibrant neon colors to minimalist designs. While the visual appearance is superb, the sound design is not as impressive. The first title seemed to have a much more memorable soundtrack that really stood out and improved the overall playing experience. This new game just simply does not have that same impact in terms of music.

Despite the odd performance issue that can cause a slight stutter every now and again, everything else about N++ is almost perfect. If there is a major complaint it would be that there are just so many levels that it can seem like a daunting prospect to complete. That’s not exactly a downside to the game, though, and it is a title that any platforming fan should try out. Considering the low entry price and fact that it can be played for hours at a time or in short bursts, it also has incredible value for money. 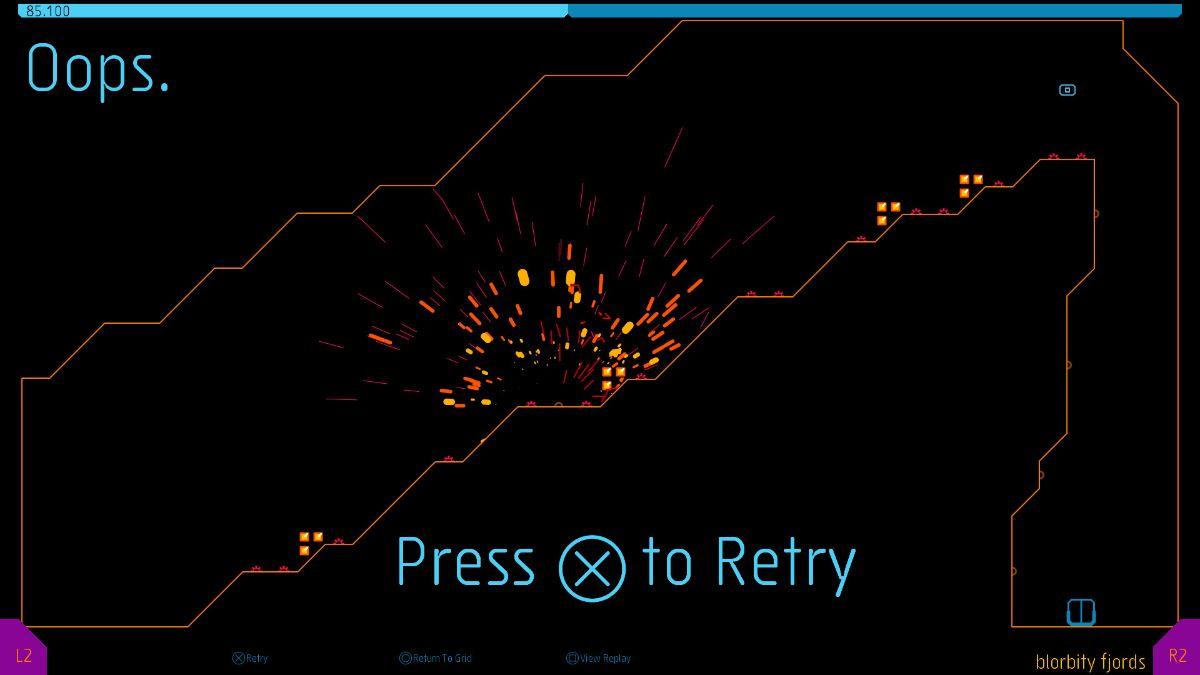 This review is based on a digital copy of the game for Xbox One that was provided by the publisher for review purposes. N++ is available now on various platforms priced at $14.99.