Mekazoo is a platformer that sees the player traverse the world using different forms of mechanical animals that all have their own unique abilities. According to the studio behind the title, it is inspired by the iconic platform games of the past, though it isn’t clear exactly that it is the positive aspects of those classics that they have brought forward.

The first thing you will notice about the game is its rather distinctive art style. The team behind the game have gone with a sort of cross between old school platformers and neon lights that creates a rather bizarre but memorable look. The 2.5D perspective also means that the game can experiment with different transitions and employ some cool effects as you travel around the different landscapes. Unfortunately, it can also become somewhat distracting at times and it is incredibly easy to lose sight of yourself amongst the bright flashes that are constantly displaying on the screen.

This is compounded by the performance issues that severely hamper the overall experience. As well as suffering with framerate issues throughout, Mekazoo also has some bugs that will cause the game to freeze or prevent you from being able to progress. Considering how important precision is in a platform game, these technical gremlins really do come back to bite you during particularly busy sections.

Perhaps worst of all, though, is the frustrating grind that is necessary to progress through to the later levels. To access some of the stages, extra medals are required and this means having to play some of the incredibly annoying levels that you already had to drag yourself through the first time. Combine that with the terrible checkpoint system that will see you having to complete exasperating sections over and over again and it is a recipe for disaster. This kind of gameplay is to be expected in certain types of games but shouldn’t come anywhere near a platformer. 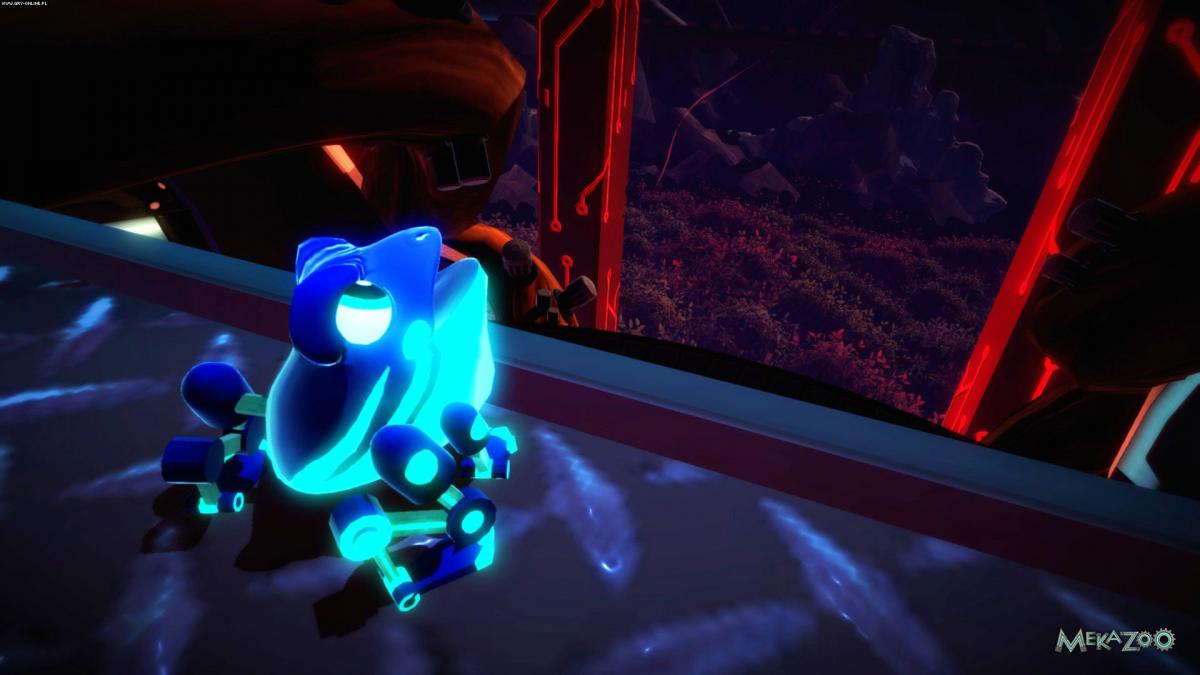 That is not to say that there isn’t anything good in Mekazoo. The levels certainly offer plenty of variety in terms of the different challenges you have to overcome and the environments in which you find yourself. Like all good platformers, each area feels like its own distinct location. The co-operative mode is also an interesting idea, with each player taking control of one of the two animals at a time. This lends some rather playing styles and gives you a chance to watch how your companion plays.

Even more impressive is the switching mechanic and how it works with the world. The six different mechanical animals all have their own unique abilities and each level requires delicate timing in switching between them in order to complete. This has given the developers the opportunity to explore a variety of hurdles that require you to learn and utilize different techniques throughout the game. These positives are hardly enough to make up for the multitude of deficiencies in other areas, however. 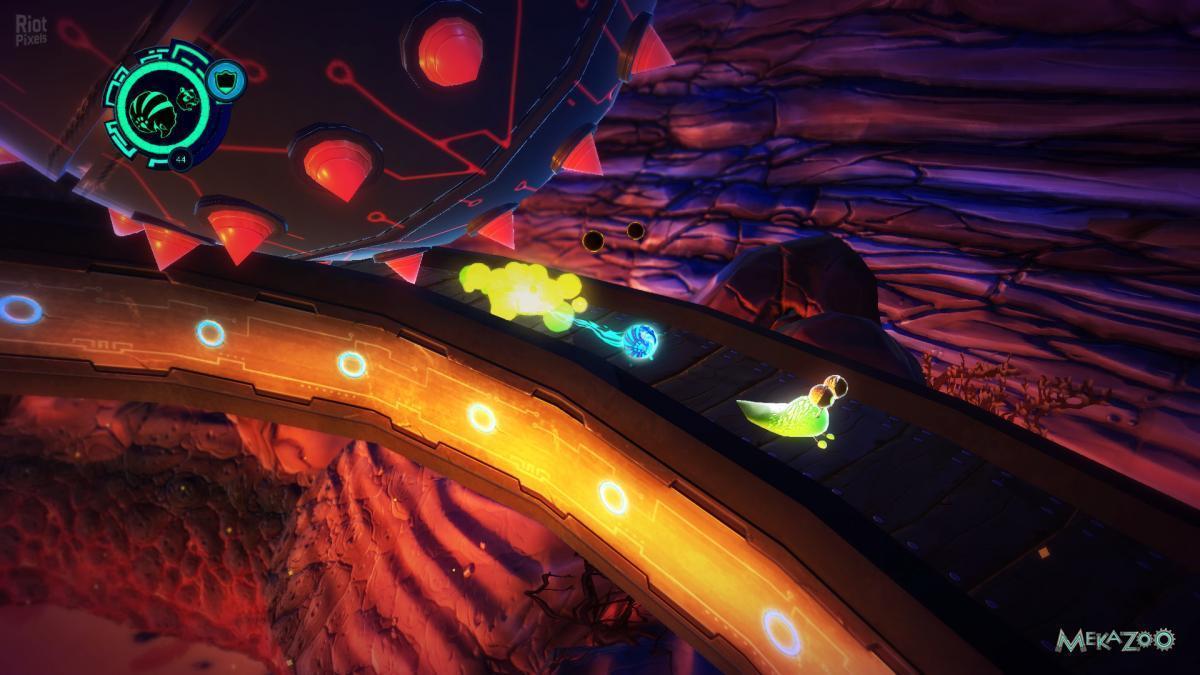 While these types of independent games have seen something of a renaissance over the past few years, the market is saturated most heavily with the platformers and puzzlers. This makes it incredibly difficult to stand out, especially amongst the quality of the likes of Super Meat Boy and Spelunk, as well as more recent efforts such as Inside and Teslagrad. Mekazoo simply can’t reach those heights and has found itself languishing alongside other not-quite-quality platformers that plagued the PlayStation 1 and Nintendo 64 era. Underneath all of the issues there is the semblance of an enjoyable game but there are simply too many obstacles in the way to make getting there worth it.

This review is based on a digital copy of the game that was provided by the publisher for review purposes. Mekazoo is available on the Xbox One for $19.99.