Taking place not long after the events of the first Mass Effect game, Andromeda sees the player taking on the role one of two Ryder twins as part of the Initiative. This new mission is a plan to leave the Milky Way galaxy and colonize a new collection of planets in the Andromeda galaxy. It’s a bold move and it doesn’t pay off smoothly, with the 600 years of travel leading to a number of problems. These are primarily an unknown phenomenon called the Scourge that has waylaid many of the Initiative ships and a race of villainous aliens known as Kett. You spend your time from the beginning of the game battling these forces and attempting to revitalize the seed worlds for habitation.

The story itself is less high stakes and far less intriguing that anything that happened in the previous three installments in the franchise. The Kett are almost completely one-dimensional while the Scourge an unexplained nuisance. The vast majority of the story sees you having to act as a kind of diplomat between rival factions and the new aliens you encounter as well as an explorer mapping out the habitable worlds.

Unfortunately, there is very little in the way of drama in the plot. Everything is entirely predictable and the only main twist in the tale can be seen a mile off. This leaves the entire story feeling somewhat disappointing. Even more of a letdown is the fact that none of your choices seem to have a noticeable effect on the universe. For a series that prides itself on focusing on your choices and making them matter, Andromeda is a huge anticlimax. This lack of consequences for both your actions and dialogue decisions makes the entire journey feel far more linear – a confusing route considering how BioWare have tried to make this latest entry more open world than ever before. 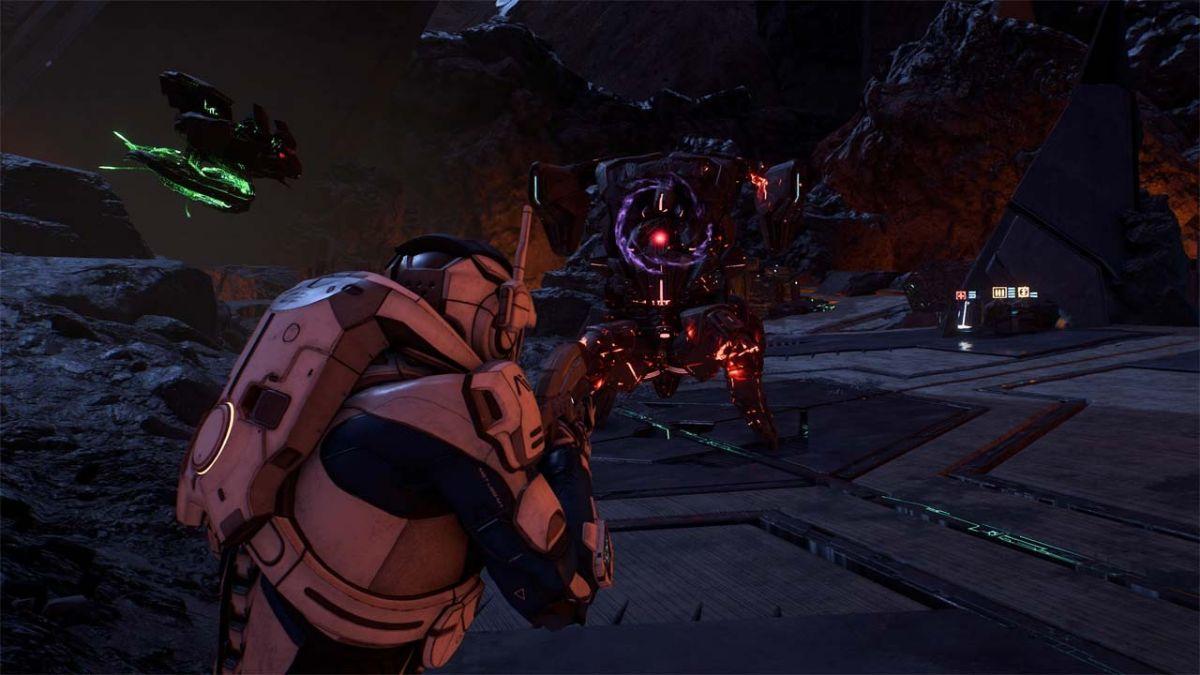 The most frustrating part of Mass Effect Andromeda, though, are some of the things that have been brought across from the original trilogy. It’s understandable that the team might want to make changes to the game and equally as reasonable for some of those additions to fall flat but keeping some of the more frustrating aspects of the series is simply unacceptable.

Most notably, planet scanning has once again been brought along for the ride. As in previous titles, it involves you manually having to fly to the dozens of planets in each system and probe for anomalies. While BioWare has altered the mechanics of it so that you no longer have to actually search a planet so that a simple scan reveals whether there is anything important there, it is still frustratingly slow. Considering all that scanning does is add a few resources that can be gathered in more enjoyable and quicker ways elsewhere, it has no place in the game. The addition of the Nomad is a marked improvement over the Mako from the first Mass Effect game, yet it is still just a transport to get you around quicker rather than anything more involved or rewarding.

The inventory system is still as sloppy as ever, if not more so. There are now hundreds of different types of armors and weapons, each of which can be improved via research into new tiers. While this customization might seem like a good thing it really adds very little to the overall experience. The different armor types do very little to change anything significant and you’ll quickly settle on your favorite gun of choice. The rest of the inventory, which includes resources, blueprints, mods, and augmentations, is cluttered and looks like a complete mess. In the end, I ended up almost completely ignoring much of the inventory because of how ill-presented it was and due to the lack of any benefit from doing so. 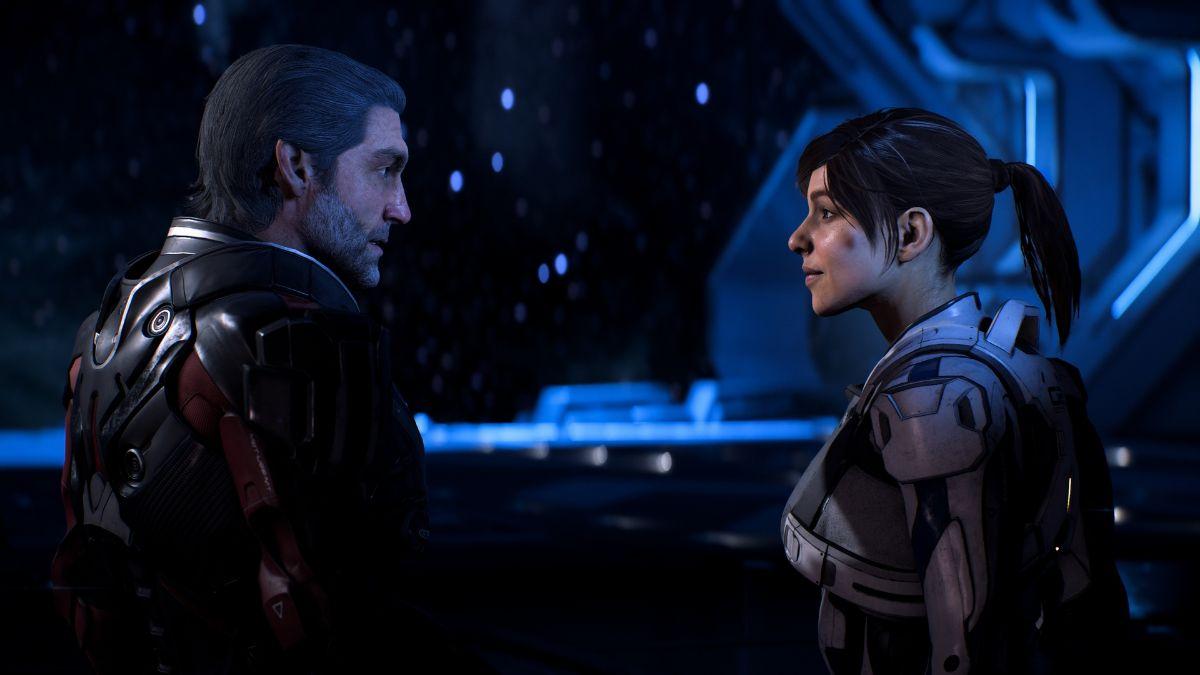 When combined with the clunky user interface, it spells disaster for the player. Changing up your abilities and powers means having to dig through several menus. This makes something that you would want to do on the fly in the heat of battle a cumbersome exercise. Equally, changing your weapons or armor loadout requires going to a forward station rather than simply clicking into your inventory. These are little design choices that have a notable detrimental effect on the enjoyment you can get out of the game.

In terms of combat, the overall action has been improved. The jump jets add an extra dimension to battling enemies as you can quickly dodge out of the way of threats and use new vertical tactics to take the first to the Kett and Remnant. The various powers and biotic powers also provide plenty of opportunities to experiment with different playstyles. This streamlining process to make combat simpler and more fun has come at a cost. No longer can you command your companions as you used to do. Sure, you can tell them where to stand or what to attack but you cannot order them to use specific powers to combos as in previous games. This is just another poor decision that takes away some of the enjoyment.

BioWare can never be accused of resting on their laurels in regards to this franchise. With each successive installment they have significantly changed certain aspects and evolved the game in new ways. This obviously leaves open the possibility that some of the alterations might not be as well received, but with Andromeda, it seems that the team has just gone too far away from the formula that made Mass Effect such a success in the first place. Too many of the new elements, whether it be the story or the setting, fall flat while the inclusion of past aspects that were already surplus to requirements is just frustrating. 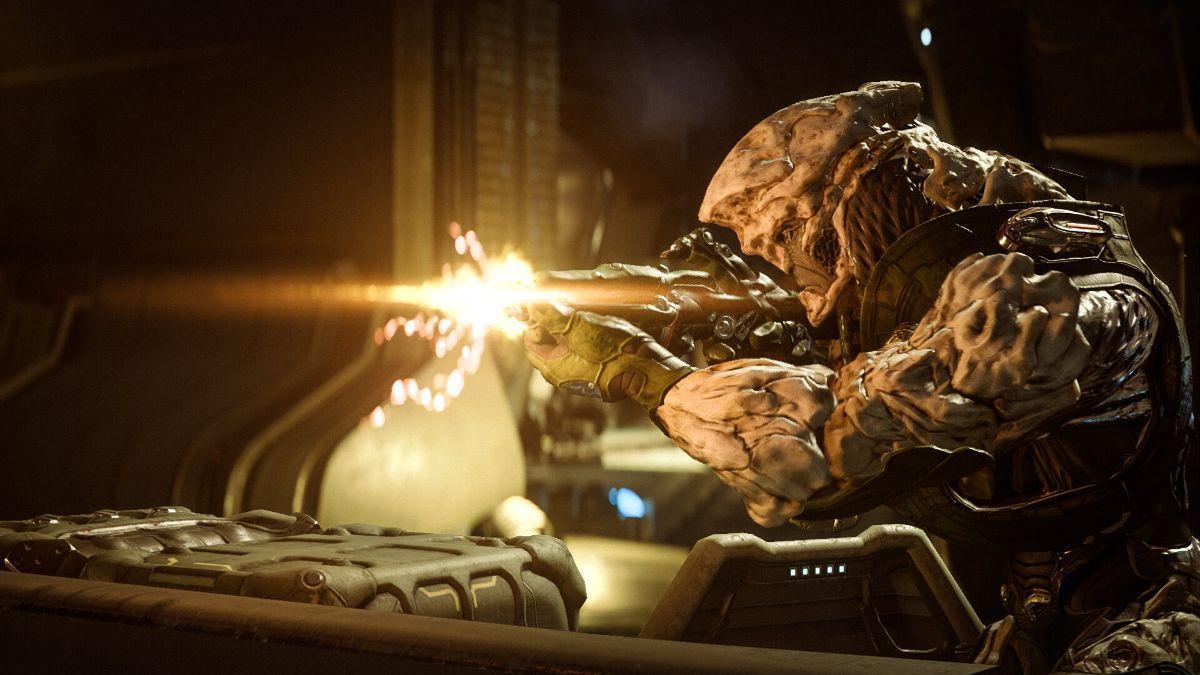 Despite all of this, though, this is still very much a Mass Effect game. There is plenty of enjoyment to be had, especially if you are a big fan of the series, and it still retains much of what players loved from its predecessors. It’s just unfortunate that there were so many missteps along the way that make Andromeda far less of a game than it could have been.

This review is based on a physical copy of the game that was provided by the publisher for review purposes. Mass Effect Andromeda is available now across PlayStation 4, Xbox One, and PC.

The Nintendo Store Has Been Smashed By Xenoblade 3 Demand