Here’s something we really weren’t expecting to type at any time, let alone 11:30 PM on a Wednesday evening: the TV series Leverage, which last aired a new episode in 2012, has just been given a sixth season. Like we’ll be able to sleep now…this news is like a jolt of coffee.

We tend not to get so excited over procedurals, but this is Leverage. As formulaic shows go, this one has one of the best formulas ever. A team of former criminals are hired for a private organization that serves a Robin Hood purpose. They use their skills to pull con jobs on the rich and powerful, dispensing justice for the poor and powerless. It doesn’t matter that the episodes mostly follow the same beats. The premise and cast make it all so fun. 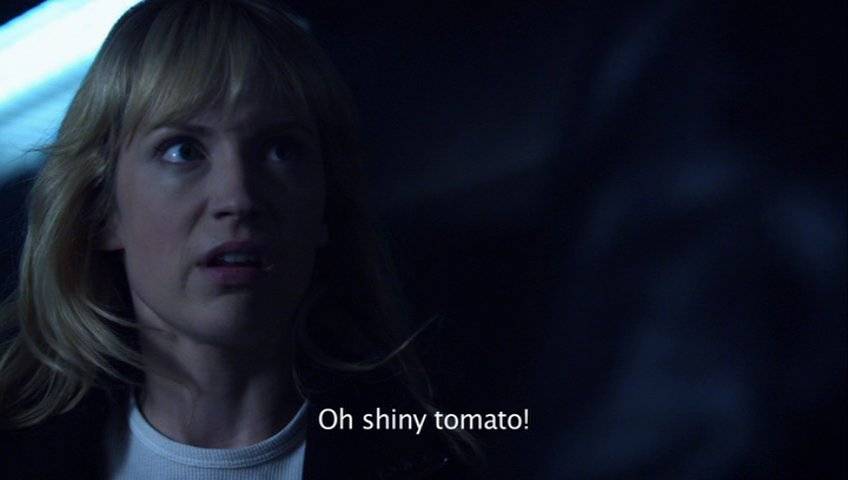 And they’re almost all coming back! Gina Bellman as Sophie, Christian Kane as Eliot, Aldis Hodge as Hardison and most importantly Beth Riesgraf as Parker. As for the “brains” of the outfit, Timothy Hutton, ahahahahahahahahahahaha, let’s not go there, okay? The team is going to need a new leader, and who better than the Librarian himself, Noah Wyle? (He probably won’t actually play the Librarian, but you never know.)

Now you’re probably waiting for the other shoe to drop and for me to tell you it’s on Peacock now, or something. Actually, the source is….more obscure than that. TubiTV? No. Facebook Watch? Getting warmer. The streamer bringing this back is none other than IMDB TV. And we both learned today that IMDB has a streaming service.

This sixth season of Leverage would be the first original series IMDB TV has ever had. But fortunately, this is not a pay-to-watch service. IMDB TV is free with commercials, so you don’t have to risk downloading the episodes and making Parker angry.

Whatever you say, master thief.