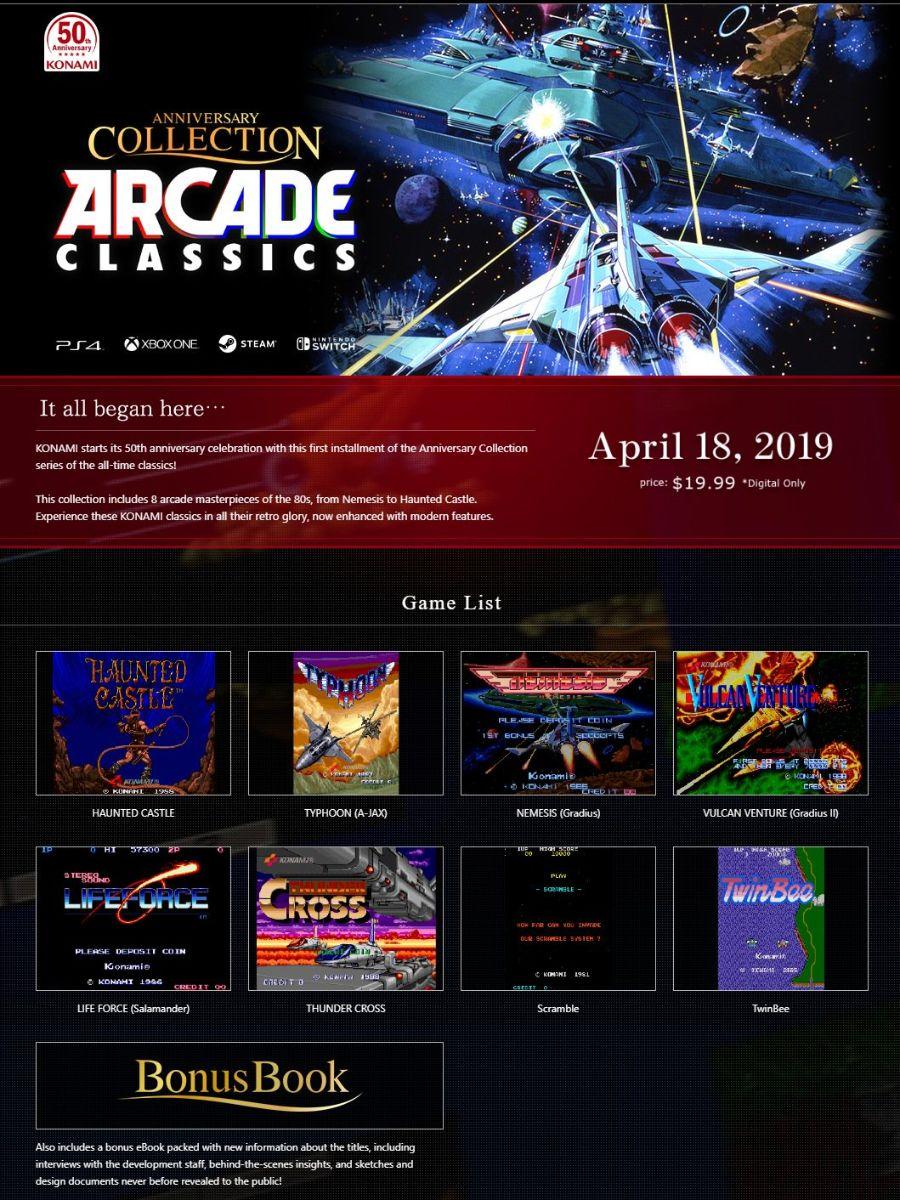 Japanese pachinko manufacturer Konami will be 50 years old this year, and while they’ve burned all their bridges regarding modern games and the community that supports them, there is still plenty of love for the old days. Might as well lean on it, ’cause it’s all they’ve got.

Introducing the Konami Anniversary Collection! Three digital compilations of the best the 80s and 90s had to offer. Castlevania, Contra, and arcade collections are on the way this year, and there could be more after that.

These collections will contain eight games in all, which seems like too little for Castlevania and too much for Contra. There simply aren’t eight good Contra games, but Castlevania needs Symphony of the Night, the GBA trilogy, the DS trilogy, and Rondo of Blood — and not all of them can make it. If Castlevania 64 winds up taking a spot on this list instead, there’s going to be an enraged maniac running around out there.

There will also be digital bonuses that come with each collection: behind-the-scenes documents, music playlists, interviews with those behind the games, and the like. The Konami Anniversary Collection launches with the Arcade version April 18 — Castlevania and Contra will follow later this summer. Look for it on Playstation 4, Nintendo Switch, XBox One and PC.

New Nintendo 3DS Will Be Reduced To $99 On Black Friday

New Beyond The Labyrinth Screens