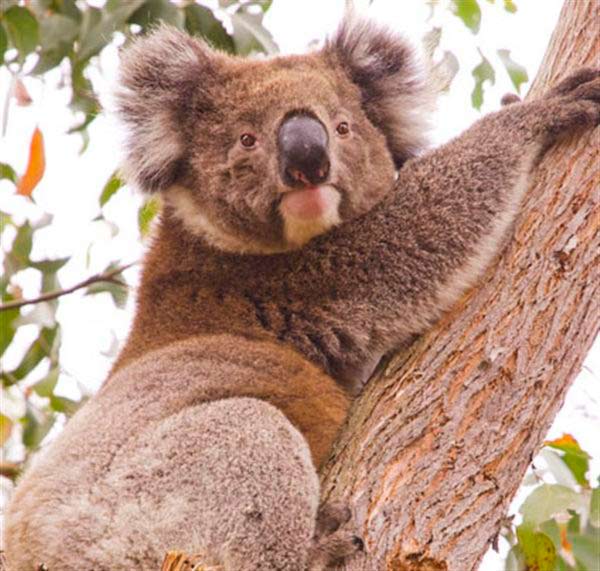 So why do cute little koalas closely hug acacia trees? Because they’re radical environmentalists? Because they wuv them so much? Nope.

Unfortunately, the cutest answer isn’t always the right one in the world of science. New research shows that more than just holding on tight, a nice big tree hug helps koalas cool down.

Koalas eat mostly eucalyptus leaves. They get most of their water from them, too. But even though it seems like they’d be best served spending their times only on eucalyptus trees, they often switch off and go give other trees a loving embrace.

“We were puzzled why they’d spend time and energy swapping trees when they were so clearly hot and exhausted,” says zoologist Michael Kearney of the University of Melbourne, Parkville, in Australia.

“This shows the many tricks that animals have up their sleeve to survive in harsh environments,” Kearney says. “I think it also emphasizes that even warm-blooded animals can be dependent on their environment for temperature regulation.”

The findings have big implications for koala preservation as they demonstrate its important to think about more than just animal food sources and consider the habitat as a whole.

But I’m still going to think they love the trees just a little bit.