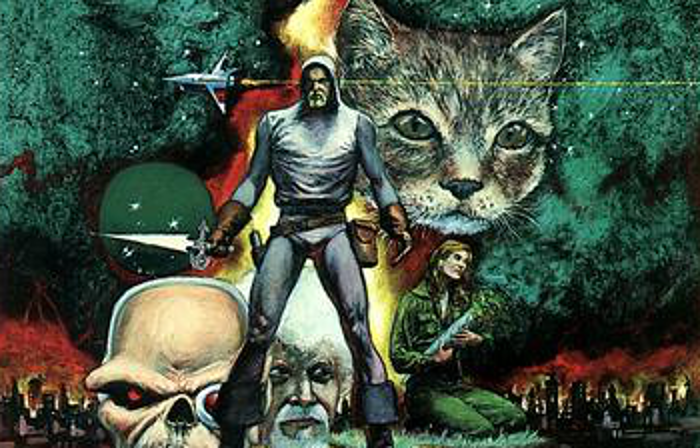 At turns swashbuckling, mystical and introspective, Starlin’s tale of Vanth Dreadstar and his motley crew’s attempts to end the war between the Church of the Instrumentality and the Monarchy began at Marvel’s Epic Comics line.

You might be aware that Starlin co-created most of your favorite cosmic comic book stories from Marvel, including Thanos, Drax the Destroyer and Gamora and the Infinity Gauntlet Saga. But Dreadstar was different. Despite being published by Marvel, Dreadstar was one of the first high profile creator-owned comics, and Starlin retained control of the property and it at First Comics and Malibu when the Epic run ended.

So far, the adventure has been confined to the printed page, despite years of Starlin’s attempts to make a film based on the characters. Starlin is now taking a new approach, adapting the story for television.

According to The Hollywood Reporter, Starlin is writing a script for an adaptation by Universal Cable Productions and Benderspink. Starlin will executive produce the series along with Ford Gilmore (Catacombs).

“I consider Dreadstar to be an extension of my family, so it took me a while to feel comfortable letting anyone else take care of this project,” Starlin told the Hollywood Reporter. “It has taken some time, but I know I’ve put my trust in the right team and I’m excited to collaborate with Universal Cable Productions and Benderspink to bring Dreadstar’s unique brand of chaos to television.”