Earlier this week, Marvel Entertainment and Netflix revealed the launch date for the next Marvel/Netflix TV series, which will be Iron Fist. Additionally, the first promo still for the show was released on the show’s social media channels. You can check out the still that was posted on the show’s Facebook page below.

The image shows Danny Rand (played by Finn Jones) in mid-punch about to take out a thug. Also, there as a pile of bodies laying all around them. Additionally, Marvel also released a new video looking at the special exclusive Iron Fist prelude comic that’s available this week at the New York-Comic Con. You can check out the time-lapse video showing the covert, with pencils by Jay Anacleto and colors by Romulo Fajardo, in the player below.

Finally, the Facebook page also released some concept artwork for the show, drawn by Marvel’s Joe Quesada, edited together with some music, which you can check out at this link. It almost gives the sense that Danny Rand is ditching the traditional Iron Fist costume for the series, and he’s mainly going with the shirtless look showing his tattoo along with pants.

Marvel’s Iron Fist debuts on Netflix on March 17, 2017. The 13 episodes of the first season will be available on the streaming service at launch. 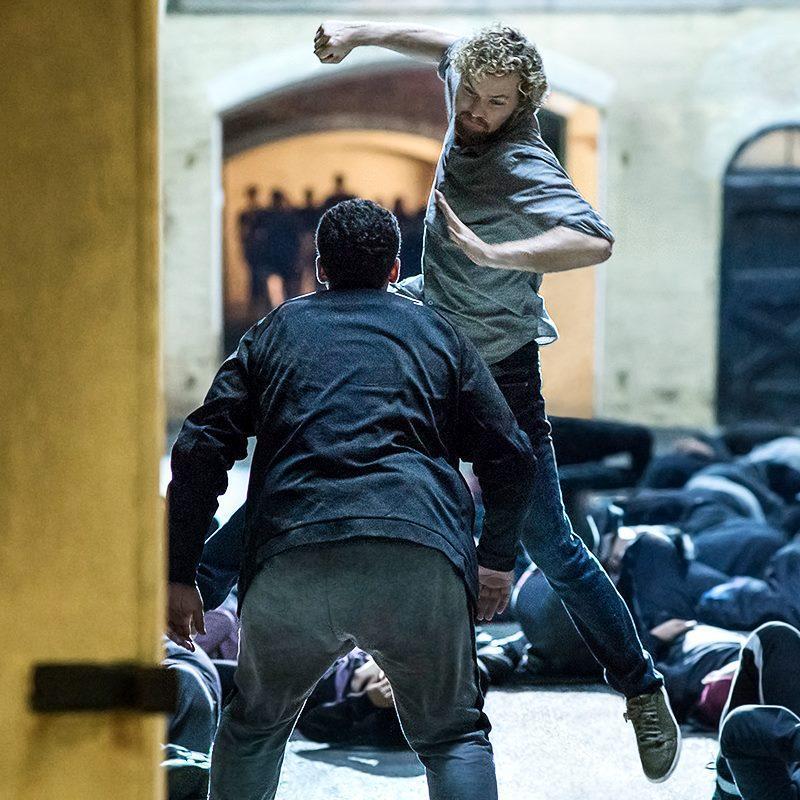