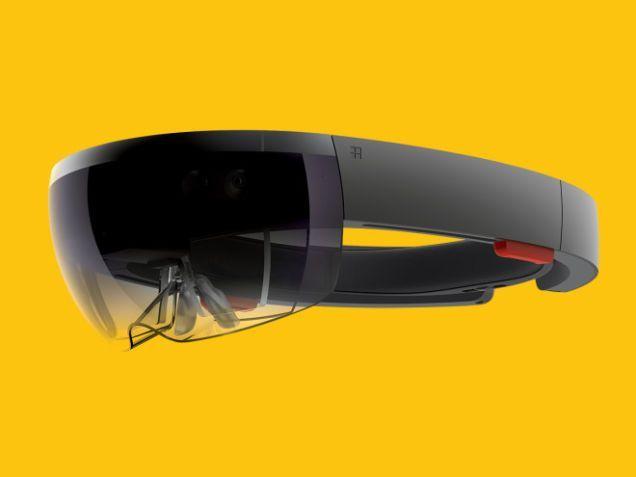 The highlight of Microsoft’s Windows 10 conference this morning, besides the reveal that we get 10 for free, was the surprise demonstration of Microsoft’s take on the second wave of attempts at virtual reality.

Project Hololens is the name of a proposed set of VR glasses that, unlike the other attempts at VR, does not entirely close you off from the world. Like a cross between Oculus Rift and Google Glass, Hololens projects virtual elements onto real objects you look at, allowing you to interact with them. It’s a more advanced version of the Augmented Reality trick available with the 3DS. We were all wondering what Microsoft planned to do with Minecraft. Now everything makes sense. The demo video showed a man virtually blowing up his living room wall and opening up a Minecraft world through the hole. He was shown playing in his living room with thousands of virtual blocks, creating cities and valleys and mountains with his hands. If I was eight years old, the sight of this would make me poop myself. And it won’t be available on Oculus Rift!

Keep this in mind, however: just because you see Microsoft demonstrate something showy and techy in a news conference doesn’t necessarily mean it will become an actual product. Two years ago the XBox One was supposed to come with “Illumiroom,” a projector device that beamed graphics all over your walls as an extension of your game, allowing you to interact with them. That product never escaped R&D. The Kinect did, but MS originally promised much more than it delivered — anyone remember the little boy AI that was supposed to interact with you flawlessly? Anyone at all?

The company is infamous for blaring hypothetical recreations of experiments they have only half-finished, and the final product can often arrive pared down or it may not even show up at all. Let’s hope the Hololens isn’t just smoke and mirrors.