It’s a rare condition, this day and age, to read any good news on the newspaper page….or to read a newspaper….or to read a comic book that makes it past twenty issues. The common attitude among Marvel, DC and other big boys nowadays is that large numbers intimidate new readers, and thus every time the number on a comic gets too big it must be stamped back down with another relaunch and a new #1. Frankly, this practice makes them look desperate.

But there is a comic out there that has managed to somehow buck the trend, and reach the rare TRIPLE-digit mark…the only comic to be launched within the last ten years and achieve such a thing. How did it do it? Never underestimate the bronies.

Yes, the comic based on My Little Pony: Friendship Is Magic will be releasing its hundredth issue soon. The TV series itself is now cancelled, but the comic is still going,and it’s healthy enough to put out a super-sized celebration issue this summer.

In this landmark issue, Rainbow Dash and her companions Spitfire, Celaeno, Lyra, and Bon Bon find themselves in the Bird Kingdom, where old friendships are tested and a new, enigmatic enemy lurks in the shadows. Together, the ponies will unravel the mystery of the Knights of Harmony!

“In modern comics, it’s rare for any comic to have a run of 100 consecutive issues and it’s even more exceptional for a licensed all-ages comic. It really speaks to the love and dedication of the MY LITTLE PONY fanbase,” says writer Jeremy Whitley. “A decade of MY LITTLE PONY stories, ranging from comedy to action to thrills, has truly allowed me to stretch out my artistic abilities. I’m humbled that our book has introduced so many new readers to the world of comics. I’m honored to have been with the ponies for the entire creative journey here,” adds artist Andy Price.

The 100th issue of My Little Pony: Friendship Is Magic will be released by IDW this July. 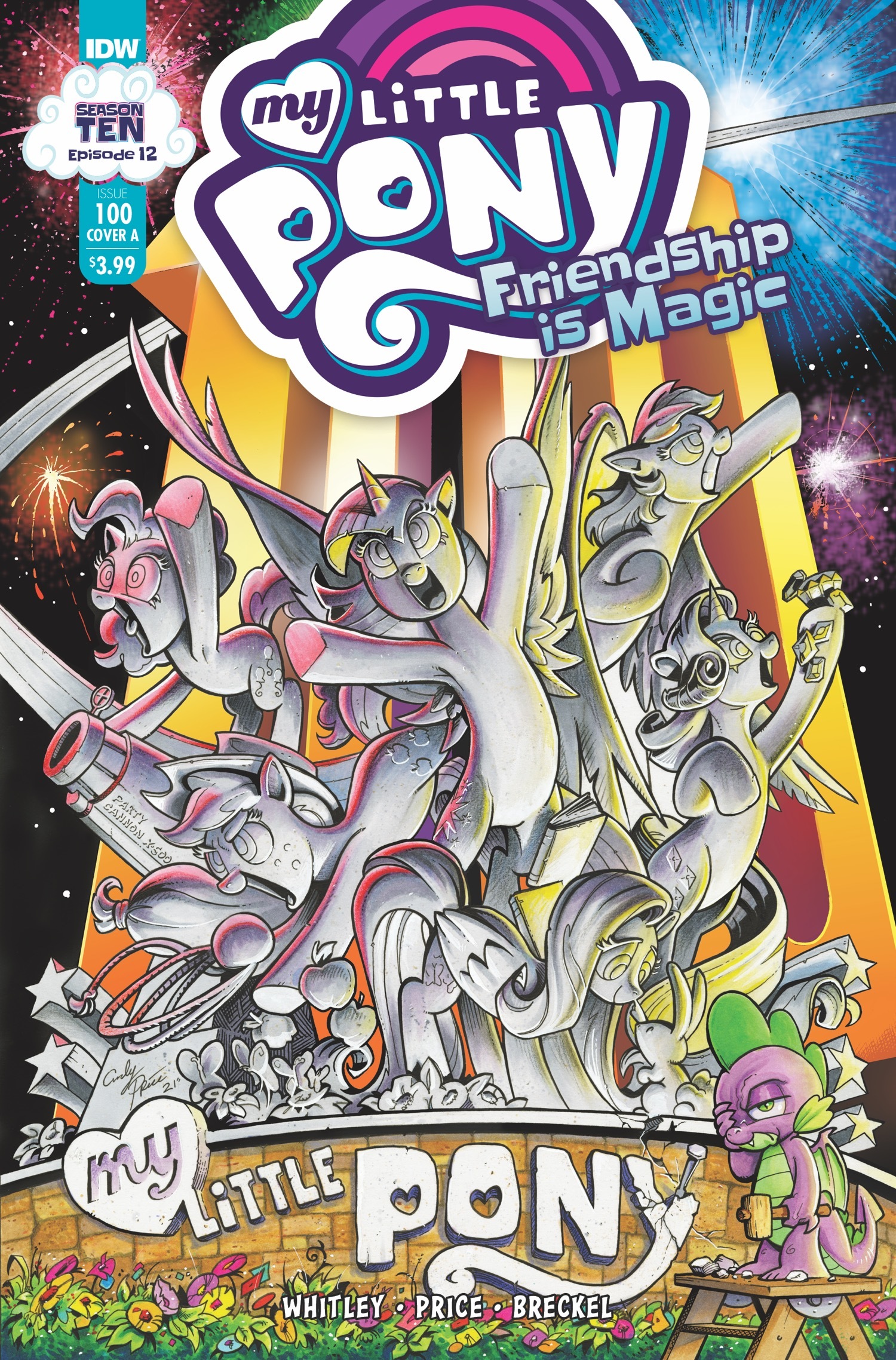