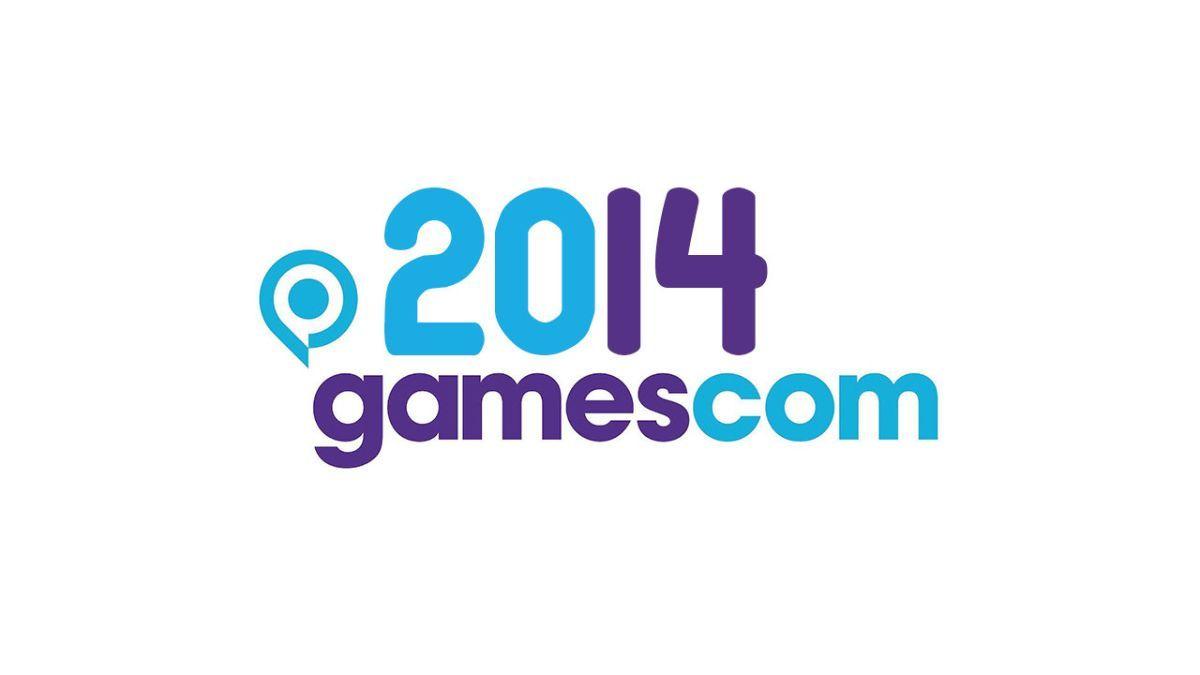 Gamescom – Day One Wrap Up

Gamescom kicked off in a large way with an absolute wealth of information to take in on day one, including exclusives galore from both the Microsoft and Sony conference. Here’s the highlights, news and trailers in condensed forms for anyone who couldn’t keep up to date with the information overload!

Possibly the biggest story to come out of the Microsoft conference was the announcement that Rise Of The Tomb Raider would be an Xbox platform exclusive, to release during holiday period 2015 – we covered the story in full here.

Team based monster vs human first person shooter Evolve was recently pushed back into February 2015 – Microsoft announced during their conference that an open beta would be exclusive to the Xbox One in January. The following trailer was also shown, showcasing a new map called ‘The Distillery’.

Fable Legends will also be receiving a pre-release beta for the multiplayer component of the game, which will launch on 16th October. The multiplayer part of the title allows up to four players to run around Albion as either heroes or villains.

There was also the following fresh new trailer for Fable Legends too, shown during the conference.

Remedy, the developers behind the original Max Payne titles and Alan Wake, showcased a world premiere for their next title Quantum Break, showcasing for the first time gameplay footage. There is still no release date given for the title, but the following 8 minute world premiere trailer doesn’t look too shabby at all.

Another multiplayer beta was announced, as Microsoft looked to even out the balance following the PlayStation dominance of Destiny’s Alpha and Betas, this time it was for Halo 5: Guardians and the beta will launch on 29th December – perfect for anyone who gets an Xbox One for Christmas! This beta trailer was also shown;

The beta will run for three weeks, showcasing a 4vs4 arena environment. The beta will include unlocks which will be carried over to the full version of Halo 5: Guardians. Microsoft pointed out that the game will run at 60fps.

Alongside the beta, there will also be a Halo Channel – a hub for all things Halo related, complete with its own unlocks and rewards. There was also a handy trailer showcasing some of the content we can expect on the channel.

Microsoft also announced ScreamRide, a 2015 exclusive game to the Xbox platforms from the developers of the excellent Rollercoaster Tycoon titles. As you would probably expect, there was also an announcement trailer.

Forza 2 Horizon was showcased during the conference too, focusing on the social features of the game in this new Gamescom trailer. The game will launch 30th September, and some of the social features include an open world, 1000 player clubs, instant multiplayer without lobbies and absolutely loads of cars.

Microsoft also revealed a couple of forthcoming special edition Xbox One bundles; the Call of Duty: Advanced Warfare bundle will include a massive 1TB hard drive and unique design, while the Sunset Overdrive bundle will launch the white Xbox One console.

Speaking of Xbox One hardware, Microsoft gave details of forthcoming system updates and information – the next update, coming in the next few weeks, will allow streaming data through a USB device and will offer gamers the chance to pre-load releases ready for launch with the first titles offering the service being FIFA 15 and Forza Horizon 2.

Finally, Microsoft showcased some single player campaign footage for Call of Duty: Advanced Warfare, which you can see here in all its bridge destroying glory;

Sony kicked off their conference detailing the strength of the PlayStation 4 since release, announcing that the console had now sold over 10 million units worldwide, and more than 30 million game copies had been sold worldwide for the same period.

Sony unveiled the first gameplay footage of the highly anticipated From Software title Bloodborne. More details about the game and the combat were revealed at Gamescom, with the development team saying that Bloodborne will be more forgiving than the Souls series, without alienating the hardcore fans, in an attempt to broaden its appeal to a wider audience. Here’s the first gameplay footage showing off some savage enemies and colossal bosses;

DayZ creator Dean Hall came to the stage to announce that DayZ standalone is in development for the PS4, with no specifics or dates being given. He stated that the PS4 version will benefit from the early access build on Steam/PC and will improve graphically thanks to new hardware and techniques.

Sony’s much delayed racer DriveClub was showcased, focusing on the dynamic weather effects that will dramatically affect the racing action and make every single lap and race feel unique, with both positive and negative benefits depending on the weather. Here’s the latest trailer for the title;

After much teasing leading to Gamescom, Sony re-revealed survival horror title Until Dawn. The game is no longer a PS3 Move title, instead being built from the group up for the PS4 and DualShock4. The cast includes Hayden Panettiere among other known actors; the story focused on eight friends reuniting in a remote location as things begin to go horribly wrong. Gamers will take control of all eight characters as their stories join together to form the overall picture. Until Dawn is looking very pretty indeed, here’s the Gamescom trailer for the title;

Sony continued in strong fashion, again detailing the social aspects of Far Cry 4, which are now dubbed as the “keys to Kyrat”. The technology allows gamers to invite friends to co-operative missions for up to two hours, even if they don’t actually own the game. It’s certainly sounding good, and providing a great way of helping players proceed co-operatively, even if their friends aren’t buying the title. Sony showed off two new trailers for the title.

Sony continued to push the close relationship they have with Bungie and Activision by showing off more Destiny. As well as a brand new Gamescom trailer focusing on the competitive multiplayer modes (see below), gamers were given news that, according to Gamestop, Destiny is the most pre-ordered new IP in history, surpassing Watch Dogs that held the statistic earlier in the year.

That wasn’t the only Destiny news though, with Activision CEO Eric Hirschberg announcing that the first of Destiny’s two expansion packs will launch in December, called The Dark Below.

Sony continued to pound home the amount of exclusive content and titles on the PlayStation platforms, with impressive consistency. Mike Bithell, creator of indie hit Thomas Was Alone, showcased his new game Volume, a stealth title. Media Molecule took to the stage to announce that they will be bringing a version of Vita exclusive title Tearaway to the PS4 with improvements, called Tearaway Unfolded. Q Games showcased an interesting title called The Tomorrow Children; few details were given but it looks like it could be an MMO/social title borrowing elements from Minecraft.

Here are the trailers for Volume, Tearaway Unfolded and The Tomorrow Children.

Sony showcased a demo for new horror title P.T. which was released on the PlayStation store during the conference. As it turned out, the teaser was a horrific demo for the next Silent Hill game; Silent Hills. The new title will be created by Hideo Kojima and horror stalwart Guillermo Del Toro. It was also star Norman Reedus, The Walking Dead TV Shows’ Daryl Dixon, as the lead character. If you haven’t given the demo a go yourself, it’s free on the PSN store, but beware it is extremely creepy!

Sony discussed the next PlayStation 4 update, update 2.0 – direct to youTube uploading will be included, as will a feature called Share Play which works the same way as Far Cry 4’s co-operative features – allowing gamers to invite friends to play, or even take over during a difficult game section, without them needing to own the title too.

Another completely unexpected announcement was for a title called WiLD – a survival title that lets you play as humans and animals. It looks really impressive, with a range of animals on show including a wolf pack. Playing as animals could be a very interesting take on survival gaming, the genre hugely popular at present. Here’s the announcement trailer;

Sony continued to blow minds with even more new trailers. Developer Housemarque (Dead Nation, Resogun) revealed their new title Alienation. The team behind Devil May Cry, Ninja Theory, showed off a moody and atmospheric trailer for new title Hellblade. Sony showed off more new trailers for first party titles The Order 1886 and Infamous: First Light. A new title, which looks a lot like a spooky investigation game not dissimilar to Murdered: Soul Suspect, called The Vanishing of Ethan Carter was also announced.

Here’s all the trailers for those titles;

A couple of other bits from day one of Gamescom. First, here’s a brand new trailer for Assassin’s Creed: Unity showcasing the parkour elements and how easy it is for Arno to traverse the city environment.

Acclaimed titles Journey and The Unfinished Swan were confirmed to be coming to PS4 in full 1080p glory. Here’s the announcement trailer;

Finally, developers CD Projekt Red released a new development diary video showcasing more of The Witcher 3: Wild Hunt. The game is widely considered to have the potential to best Skyrim as the best console RPG, and it’s certainly shaping up nicely.

Whew! That was a lot of games!! I hope you guys managed to keep up and we’ll have more from Gamescom over the coming days. Don’t forget to spread the love and share the page on Facebook, Twitter and Google+ so everyone else can witness the glory of Gamescom Day One.