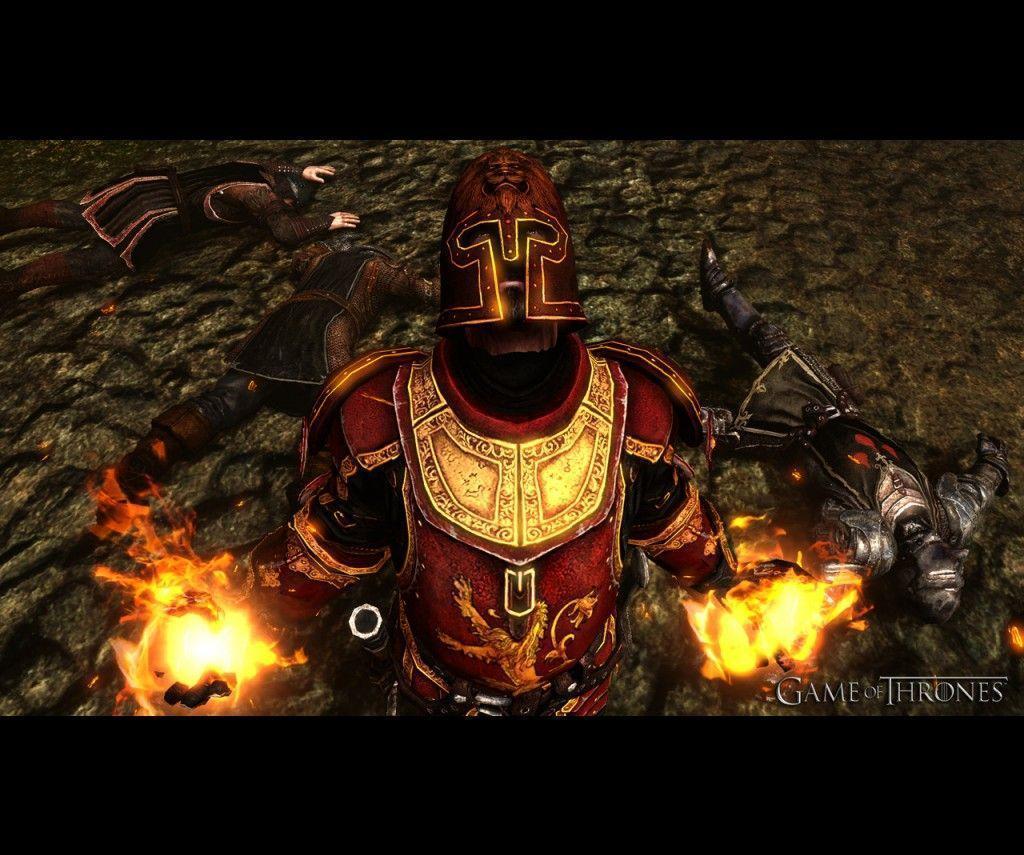 Game Of Thrones: A review in progress

Game Of Thrones, an amazing fantasy series brought to us from the mind of George R. Martin. I read through the first two books in college and was amazed at Martin’s ability to juggle so many subplots. The characters seemed alive, complex and real as living breathing people. A lot of people have been picking up the novel’s or re-reading because of the HBO Game Of Thrones series. The Playstation 3 game gave me hopes of freely wandering Westeros, becoming involved in back room politics and mad grabs for power.

The game splits the story line into two separate protagonists, Mors Westford of the Night’s Watch and Alester Sarwyck a red priest. It felt reminiscent of how Martin organizes the novels into separate POV characters. The character’s fighting styles and strengths and weaknesses can be modified. It’s not completely open, you choose from one of three archetypes. It does let you choose fighting styles, and different talents for each character. Mors is a Warg and can posses the body of his dog, this can be used to remove pesky enemy tracheas. Alester is a Red Priest, devout worshipper of R’hllor. This creates the expected religious intolerance from the equally devout worshipers of The Seven Gods. R’hllor grants Aleister the talent, of setting his blade on fire, blinding your enemies or healing yourself.

The environments that you can explore are often cramped and somewhat lacking. The Wall, “The edge of the world”, the divider of civilization and wildings. The wall separates us from the night terrors of snarks and white walkers. The game however, denies you the chance of a decent view of it. Instead the player is limited to a basic run around of courtyard and common hall. At no point so far, do you get to gaze off of the wall and appreciate the scope. This is indicative  of most of the environments, The Red Keep, Kings Landing, The Wall, do not expect a lot of exploration.

As Alester Sarwayk you are faced with a series of intrigues Instead of choosing good over evil you are forced to choose morality over necessity. As Mors your choices seem almost easy, as he is the type of character that seems to choose duty. The choices seem almost forgone, unless you are going out of your way to make trouble. Unlike Fable of KOTR there is no clear indication of the morality of the choices you are making. I find this to be liberating, instead of stopping to weigh the superficial consequences of your actions. You find yourself sitting and thinking of the long term consequences of each allegiance, each action. There is moral compromise, or you are free to choose an “ends meet the means” approach. The moral ambiguity of the novels, is translated beautifully to the game. The choices you are presented with are often fraught with your needs vs. what is right.

The dialogue which is a definite sell point for the game, still tends to get repetitive . You find yourself if not in a patient mood, button tapping past the most obvious bits. There are a decent number of side quests, in which you can choose to help and how to help random NPC’s.

The graphics in the game are not a great leap forward, but you still find yourself quickly forgiving it’s flaws. I’m not saying that it’s anything, other than an average RPG, think “Dragon Age” without the fun banter. In comparison to the novels and TV series, I found the game lacking. As a standalone game that shares a time and place with the GOT’s cast? It does seem to hold it’s own, not worth the asking price but worth playing. If and only if you are a fan.