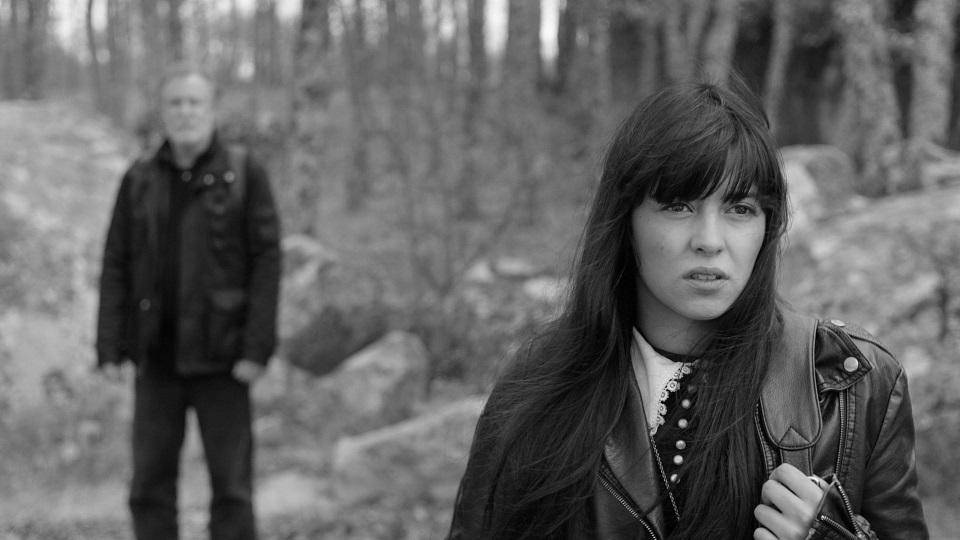 Entering The Forest of the Lost Souls is like observing a waking dream that slowly turns into a nightmare. This Portuguese production filmed in black and white by writer-director, José Pedro Lopes takes a philosophical look at suicide with a black comic edge before guiding the viewer down a sinister path that no amount of bread crumbs can lead you back from. Find out if this film is right for you in our The Forest of the Lost Souls movie review. 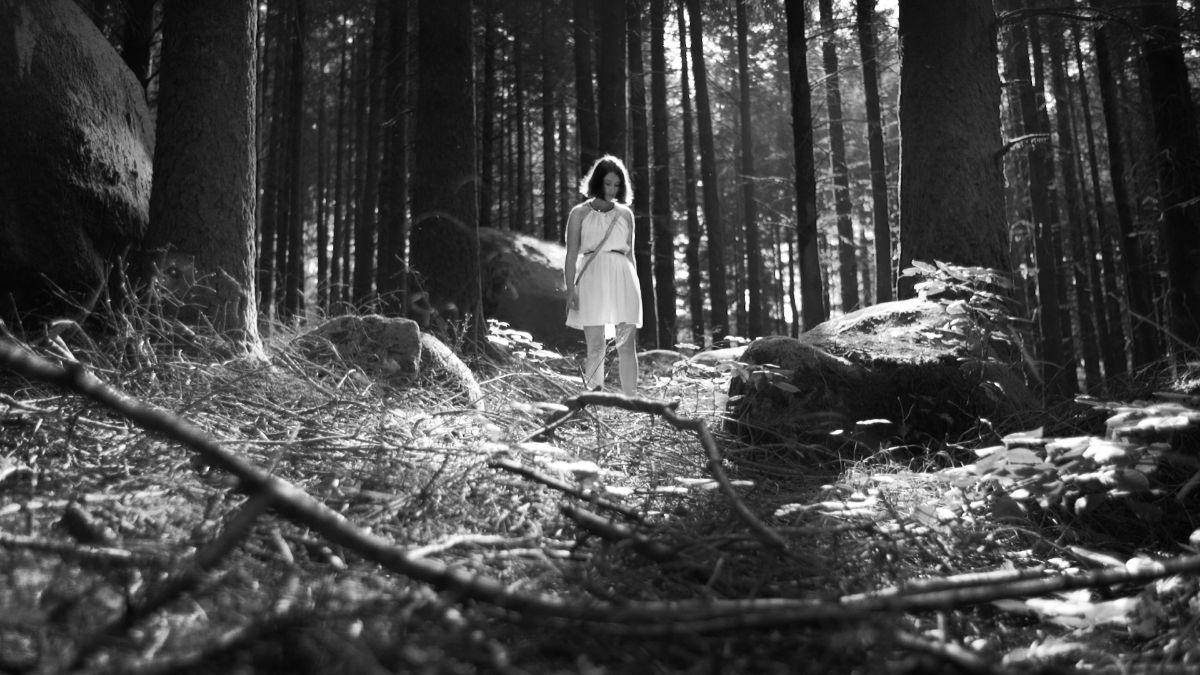 This is the second foreign film I have reviewed in the last two weeks, but this one had a hook in being an import from Portugal. As someone who is semi-fluent in Portuguese (it’s been over a decade since I was fully immersed), the language barrier was not going to be an issue for me, but at the same time that meant that the mystique of unfamiliar words and sounds was gone, leaving my critical eye free from distraction. So how did The Forest of the Dark Souls hold up on its own terms? Let’s get into it.

Plot: When suicidal father and husband Ricardo meets a young woman named Carolina deep in the woods where depressed folks go to end it all, the two debate the best methods and motivations for suicide before one of them takes the final plunge. Soon a startling story develops beyond the forest with deadly results.

The decision by Lopes to use black and white really suits the tone presented in the first half of the film. The dreary setting is enhanced by the stark contrast in colors, possibly reflecting the mindset of those who wander into the forest, seeing the world in extremes and finding themselves feeling doomed to the seemingly endless darkness of life. The running motto of the film is a quote from troubled painter Vincent Van Gogh, “Sadness will last forever” which is repeated both visually and audibly.

Though suicide is no laughing matter and is certainly a troubling subject for many, there is a kind of snark aimed at those who entertain the thought of taking their own lives without conviction embodied in the character of Carolina played by Daniela Love. Clad in tights, a leather jacket and jet black bangs, she is the quintessential, disaffected 20 something know-it-all.

With knowledge appearing to be freshly gleaned from a college philosophy class, she cites Nietzsche or the works of Johann Wolfgang Von Goethe while dressed like Wednesday Addams. All of these fortune cookie musings on death are shared as Carolina becomes the guide for an older gentleman named Ricardo played by Jorge Mota.

The relationship starts out confrontational, but soon Carolina is mockingly referring to Ricardo as “Daddy” and scoffing at his lack of preparedness for the task at hand. Apparently Carolina is a ringer, coming often to the forest with poison and knives at the ready, yet never going through with the deed. She schools Ricardo in the art of dying by one’s own hand, while his fatherly instincts kick in and he tries to convince her to give life another chance.

These scenes are very well written and played with an alluring aloofness by Love as Carolina, while the audience feels a tinge of sadness for a man who claims to be a failed father and husband, yet obviously still sees life as a precious gift.

As they wander the forest finding bodies of those who went all the way, the philosophical discussions play out almost like an issue of Neil Gaiman’s Sandman from the 90s with Carolina standing in for spunky goth gal, Death. For a time it even seemed as though she might be a supernatural being inhabiting the forest, though this is eventually revealed not to be the case. 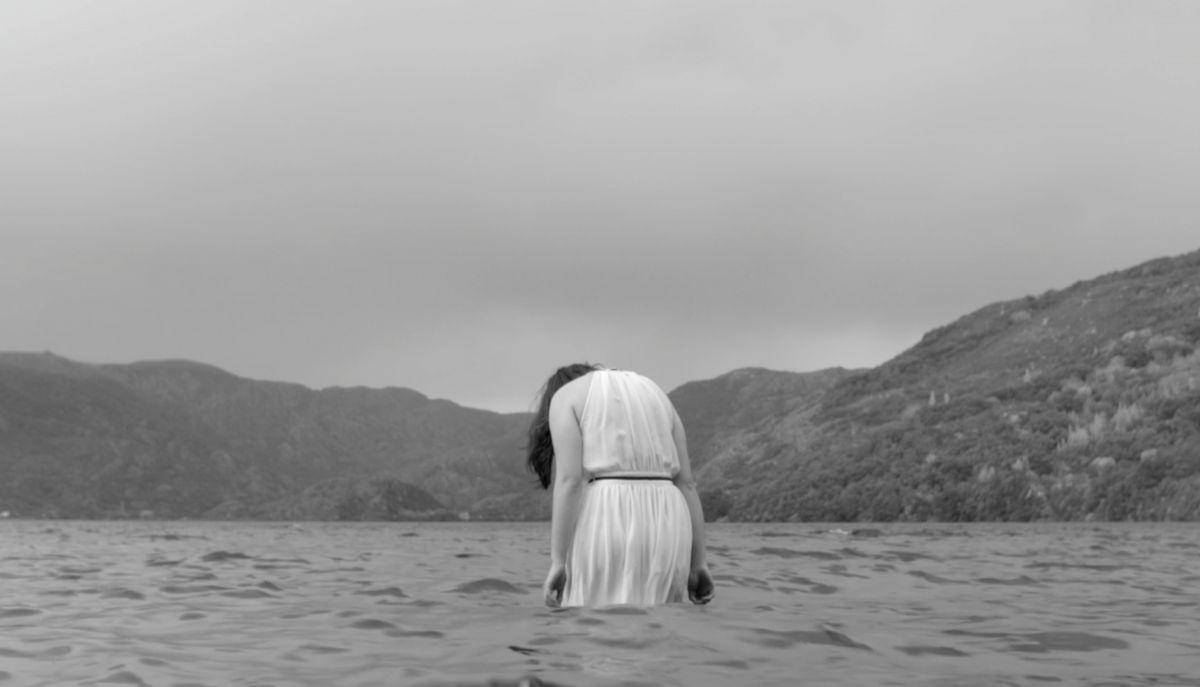 There are quite a few art house film style shots in the opening half of the film as Lopes focuses on the rippling surface of a nearby lake or endless treescapes which while far from masterful, certainly evoke the uneasy feeling one might recall from haunted video tape in The Ring. There is a sense of gloom throughout, but 30 minutes into the film the story takes a sharp left turn into slasher territory.

If I’m being honest, I was a little disappointed in the change of focus. Though the initial scenes played out like a student film aping the vibe of The Seventh Seal with a modern edge, it still felt unique. But once murder was introduced into what I thought was an entertaining, if somewhat heavy handed deconstruction of a suicidal mind, my enthusiasm waned. It feels like 2 short films connected by a thin line.

The second act focuses on Ricardo’s young daughter, Filipa (Mafalda Banquart) who is struggling with her parent’s reactions to the aftermath of her older sister’s suicide. As odd as it may sound, the scenes of Filipa being silently stalked by a figure in black within her own home aren’t nearly as compelling as the earlier moments of 2 people walking through the trees and discussing why baby food is the perfect item to bring along as a possible last meal. 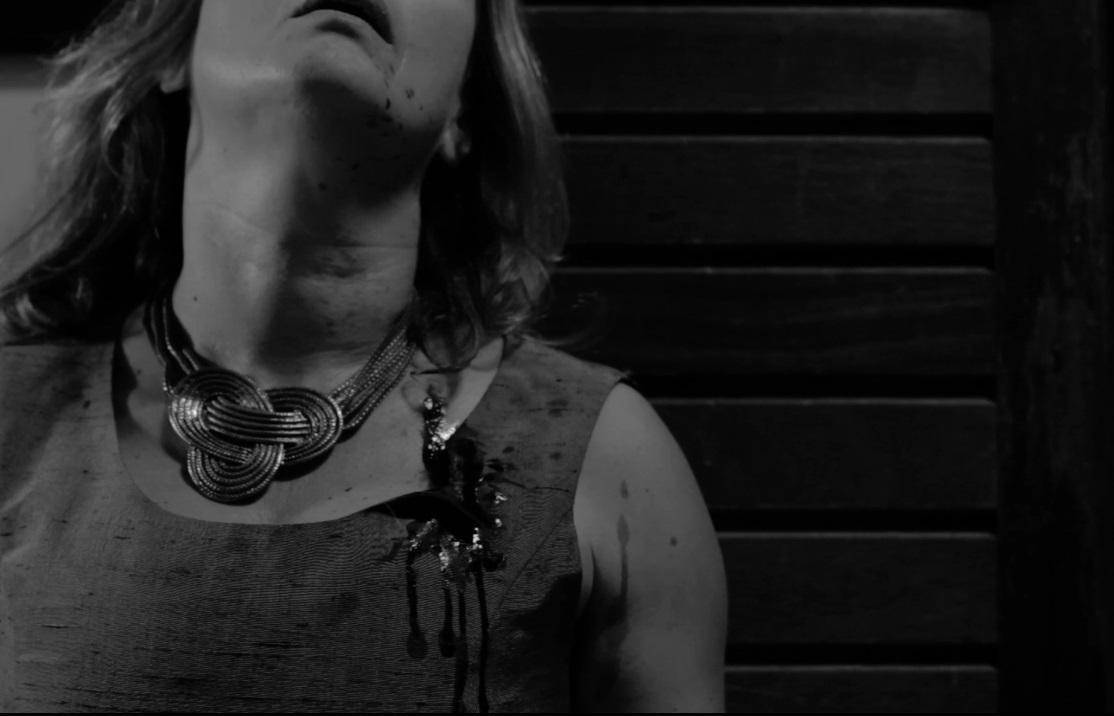 Lopes seemed to be teasing a connection between Ricardo’s family and the killer as bodies continue to hit the floor during the film’s climax, but ultimately there is no satisfying motivation for the homicidal tendencies. Though the ambitious filmmaker does pull the rug out from under us in the final minutes to reveal a killer hiding happily in plain sight, which while not fitting the proposed theme of the film, is as disturbing as this purported horror film manages to get.

I would like to point out that the somber electronica score that plays at key moments during the film serves to greatly heighten the tension with its hypnotically droning beat. It also gives the film a more contemporary feel, even if references to the band Arcade Fire may ultimately cement its place in the hipster pop culture of the 21st century. 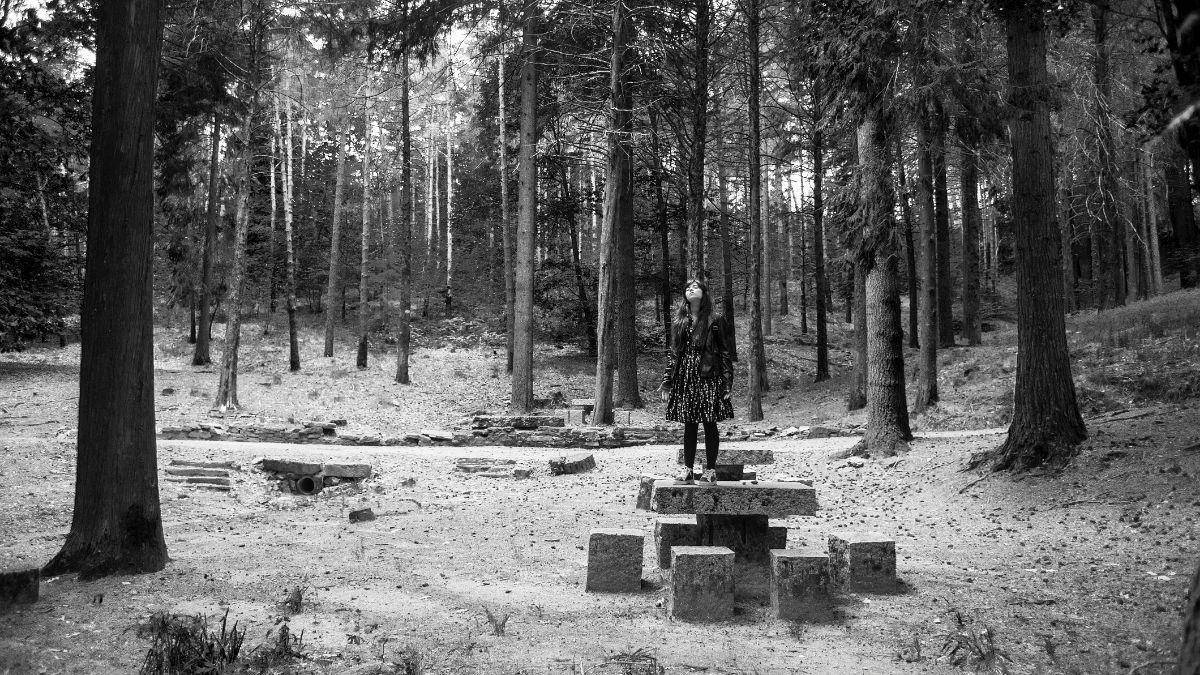 So is The Forest of the Lost Souls worth seeking out? I would say yes, if only for the introductory half of the piece. Should you need to get up for some snacks and stretch your legs before taking in the film’s final moments, you won’t miss much. I can defintely see it playing well with the college crowd.

The Forest of the Lost Souls will be hitting theaters in Los Angeles and select cities nationwide starting on 8/3, then will likely have a VOD release through Wild Eye Releasing in the near future.

When The Working Day Is Done, Girls Just Wanna Have Blood

Go Down Into The Devil’s Well Next Month

Weird Fiction Comes To DVD And VOD May 12