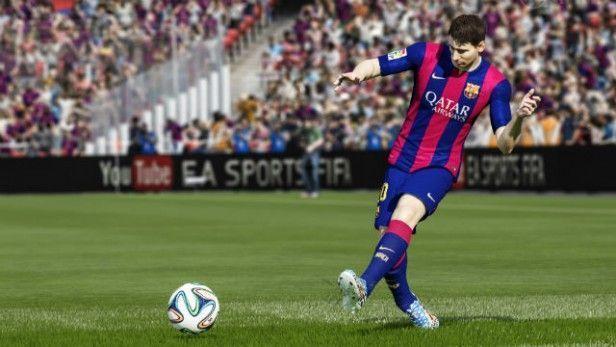 EA has revealed through their forums that the latest patch for FIFA 15 is now available for PC and PlayStation 4. Xbox One users will have to wait a short time before being able to download the update and there was no word about whether it will be coming to Xbox 360 and PlayStation 3.  According to the patch notes the second title update brings a number of important changes to the annual soccer game, including modifying the behaviour of goalkeepers and improvements to the shooting mechanic. This will be good news to long-time fans who felt that only the very best players were able hit the target on a regular basis, while goalkeepers have demonstrated a number of problems in catching the ball and being lobbed frequently.

The rest of the changes to the game involve improvements to gameplay and fixes for a variety of bugs. The full list is as follows:

The past few days have seen a large number of gamers taking to Twitter and online forums to complain about outages with the FIFA 15 online service. Users reported over the weekend that the EA servers were offline for hours at a time, leaving them unable to play multiplayer mode such as Ultimate Team. Other problems included transfers not completing but EA was quick to point out that they were investigating that problem. They haven’t officially addressed the server issues so far and it is unknown how widespread the problem is.