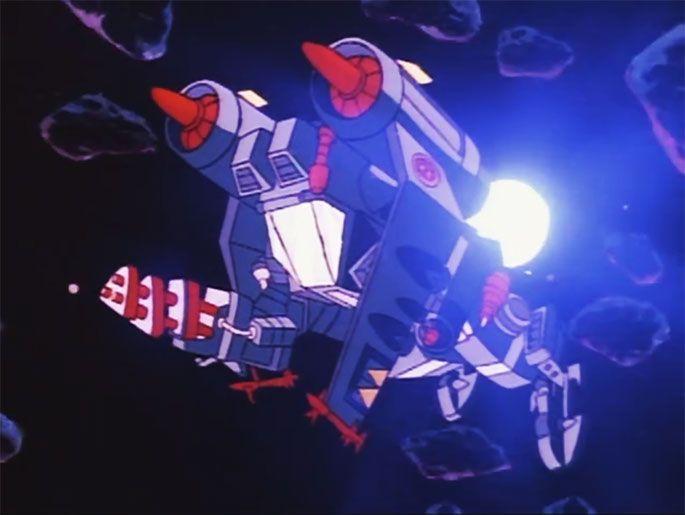 In Seeds of Deception , the Exosquad fleet continues to engage the Tethysian Pirates. Takagi of Able Squad is injured in the battle. In the episode’s second story line we’re introduced to Sean Napier, a Chicago cop and former Exotrooper. The Neosapien Governor of Mars, Phaeton is delivering a speech when an assassin takes aim at him. Napier, who is on guard duty at the event, is injured while saving Governor Phaeton. The Napier story line exposes the deep racial tensions between the Terrans and Neosapiens. Back on the battlefront,  the pirates remain free when Able Squad is commanded to withdraw.

Exosquad is set early in the 22nd century. Humans have expanded into space and made leaps and bounds in the field of genetic engineering. An interplanetary war has begun between the homosapien Terrans and the Neo Sapiens, an artificially created slave race that has rebelled against its creators after many years of cruel and sub-human treatment. The leaders of the Neo Sapien rebellion fight under the guise of freedom, but with the intent of supplanting the human race. Exosquad largely follows the story of the Able Squad, an elite unit of mech pilots comprised of Terrans and one Neo Sapien. The show was ambitious and mature for a children’s show in its attempts to blend action, sci-fi, the acknowledgement through story of the existence of racism and the fight for universal equality and acceptance.