Codemasters have had something of a privileged position over the last decade and a half when it comes to racing games. They have had much recent success with the likes of their F1 titles but it is their rally games that have really marked them out as one of the premium racing developers. After all, there have been very few rally titles that have managed to come close to the quality of Colin McRae or Dirt. With the release of Dirt 4, the first in the franchise since 2015’s Dirt Rally, it looks as if the developer has not just matched their previous efforts but improved upon the formula that makes their rally games so great.

Arguably the most vital element of any racing game is ensuring that it is approachable enough to appeal to even the most casual of players but also deep and complex enough to satisfy the hardcore racers. It’s a tricky balance to maintain as it requires developers to take into account to two very different types of players and come up with something that appeals to both of them. However, Codemasters have done just that with Dirt 4 – an even more impressive feat considering the nature of a rally game that contains such variety in terms of environments, road surfaces, and weather. 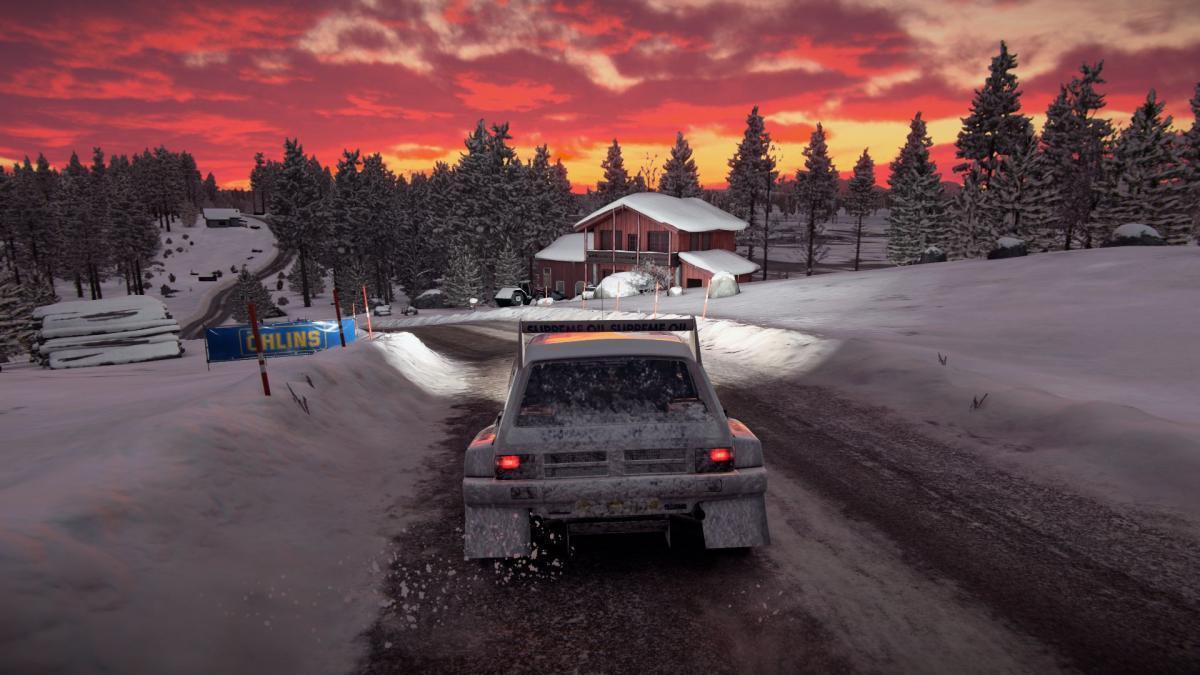 The main way that the team has achieved this is with a new handling system. Here, they have taken the approach that has helped Forza widen its appeal dramatically, introducing two distinctive ways of playing the game. These come in the form of an arcade style system called gamer. This is a forgiving, pick-up-and-play, version of driving a car that makes Dirt 4 easier to play for the casual player. Simulation takes things to the extreme, introducing things like brake-bias and giving players total control over the delicate vehicles you pilot. This idea also means that it’s possible for those who are not as familiar with racing games to progress as they play, slowly moving towards the simulation settings to make the game that much more challenging.

This control system is supplemented with the Dirt Academy. This is essentially a training and tutorial area where you can learn everything there is to know about rallying and put it into practice. The most interesting part of this is the lessons. Although they can seem overwhelming due to the amount of detail they try to convey, they do a good job of explaining the fundamentals and giving easy to understand explanations of the finer points. The fact that they also have interactive sections makes the process much more enjoyable.

In terms of the career, Codemasters have taken a more traditional approach. They have eschewed the sometimes embarrassing plotlines that games like need For Speed try to inject into the singleplayer and instead gone for a simple progression through different classifications and disciplines. This is something I enjoy much more than a gimmicky story but Dirt 4 also fleshes this experience out significantly. 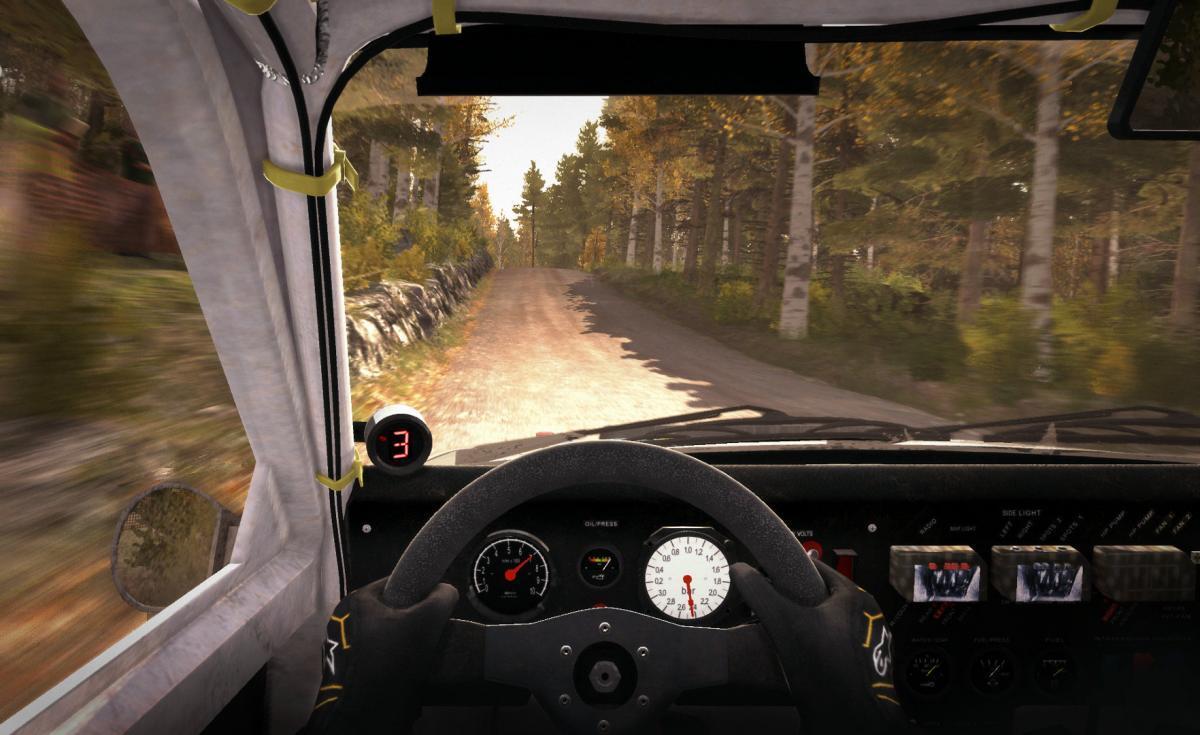 You don’t just drive a car in this title but are the head of your own team. This requires managing your staff, buying new vehicles, and upgrading facilities. Most important of all is the team branding where you design the look of your cars and negotiate sponsorship deals to get extra cash. This doesn’t provide any set path for the player to go through and provides plenty of freedom for how you want to approach spending your hard-earned cash.

In terms of game modes, Dirt 4 has four distinct disciplines that incorporate everything from classic rally cars, modern high-performance vehicles, and even Crosskarts and trucks. While it is the standard rally discipline that has always been Dirt’s strength, the developers have done a good job at including rally cross and landrush modes. There is also a return of joyride from Dirt 3, which incorporates challenges and minigames, which offer a nice change of pace to the traditional gameplay modes.

As you would expect from a team that prides itself on authenticity, Dirt 4 has some of the best, and most realistic, sounding cars in any game ever. Whether it is an engine revving or tires spraying up gravel as you try and gain traction, every little noise is captured perfectly, translating the raw power and emotion of rallying to the television screen. It is aided by the beautiful visuals that accompany the audio. In particular, the lighting system is an impressive feat that makes the world seem real. 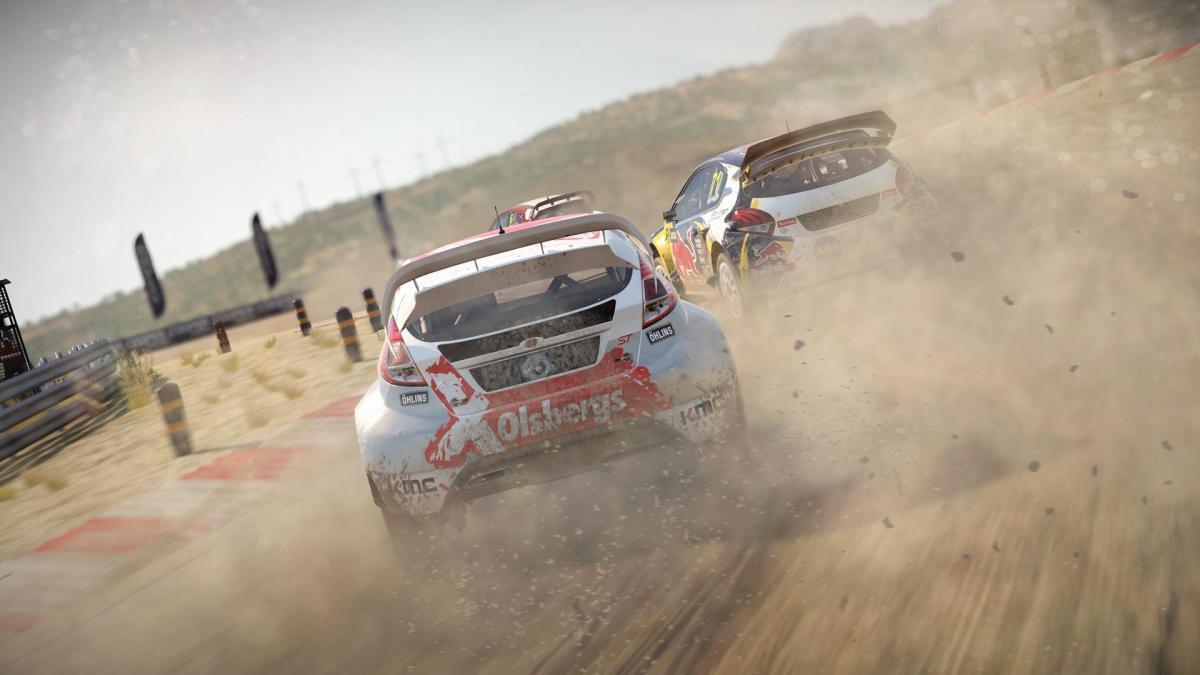 In all honesty, there is very little that Dirt 4 does wrong. One obvious problem is the fact that the popular gymkhana mode from the most recent installments in the series has been completely omitted. It could be argued that it was taking too much focus away from the core game modes but it seems odd that the developers have chosen to get rid of it altogether rather than scale it back.

The AI racers also have their own issues. It is not a problem that you come across in standard rally racing but the modes that involve multiple cars on the same track simultaneously are far from perfect. Drivers have little regard for racing etiquette and seem to be more worried about ramming you off the road than getting to the finish line. It can become incredibly frustrating at times, making certain courses feel likely lotteries rather than true tests of skill.

Despite these few small problems, Dirt 4 is perhaps the best rally game ever created. It has not only managed to accommodate all types of players, whether casual or experienced, but also be a fun experience that constantly challenges you. Yet, it rarely feels too difficult and its stage creation mode provides opportunity for plenty of replay value. Ultimately, this is a racing game that it easy to recommend to everyone.

This review was based on a digital copy of the game that was provided by the publisher for review purposes. Dirt 4 is available now on Xbox One.

Rumors Suggest L.A. Noire Could Be Getting A Remaster XCOM 2 DLC Set To Use Shadow Of Morder-like System For Enemies